Male Tegmina (Fig. 3G, H View Figure 3 (A–J) ) widest at about 1/2 of length; obtusely wedge-shaped due to the converging course of the basalmost part of the posterior border and the apical border, connecting curvature shorter than in A. flava   thanks to the slightly more oblique course of the borders; likewise, posterior border near the tegmen base less concave, oblique apical border fairly straight; surface bristles rather fine (stronger than in A. flava   ). Hindwings fairly rhombic, with obtuse apex. Glandular pores on T2-5 in the area between the transversal ridge and the anterior border, dispersed, in moderately high density (Fig. 5G, H View Figure 5 ). Tergite 1 with long bristles on surface and borders (like T2-5); without specialisations. Tergite 2 along the anterior border with a pair of specialisations (msl2) consisting of a shallow, narrow transversal trough the bottom of which is patterned by low crossing ridges (Fig. 5G, H View Figure 5 ). Tergites 6,7: (Figs 8A View Figure 8 , 13F View Figure 13 , 15B View Figure 15 ) Median lobe of T7 scarcely visible; transversal ridge tr6 well developed, tr7 absent; posterior border of T6 and T7 with a relatively dense row of very short and thin bristles, much smaller than those of the respective lateral borders; surface of T6 and T7 only with few isolated and very small bristles, still smaller than those of the posterior borders. Subgenital lobe: (Figs 25D View Figure 25 , 26B View Figure 26 ) distal part with a deep excavation each along left side and right side; lobe posterior to level of excavations narrowly tongue-shaped and inclined leftward; only left stylus present (sll), which is conical, inserted at base of left excavation, not reaching tip of lobe; at the base of the right excavation with a group of short and strong bristles; distal lobe and stylus with few rather long and thin bristles. Phallomeres: (Fig. 25D, E View Figure 25 , 26B View Figure 26 ) Sclerotised part of hook (h) from the short, wide base (b) almost gradually narrowing (not as gradually as in A. flava   , but with a weak, yet distinct shoulder, Fig. 25C View Figure 25 ) into a slender neck (n) with a hardly curved proximal part, terminating in a slightly wider claw part (cl). Endophallic apodeme (ea) strongly narrowed at base (forking site of sclerite). Relative to the axis of the endophallic apodeme (ea), the virga (vi) shows a weak, very shallow sinusoidal curvature to the left, its apical part being hardly curved (not fully back into the ea -axis) and gradually narrowed to a rather acute tip, distinctly more acute than in A. paucisetosa   ; virga likely longitudinally grooved. Paraprocts: Both lacking a sclerotised projection (Fig. 8B View Figure 8 ).

Atta texana   (Buckley, 1860). [The current taxonomic status (according to Bolton 2021) is that (1) Atta fervens   (Drury, 1782), the name to which the sampling of Attaphila fungicola   type specimens in "Material studied" above most likely refers, is a synonym of Atta cephalotes   (Linnaeus, 1758), but that (2) the " Atta fervens   " populations from Texas, the area of this sampling, were described as a separate species Atta texana   (Buckley, 1860), which is a currently valid name.]

USA: Texas (Austin, Donie, Gause, Seguin), Louisiana (Natchitoches). The reports of Wheeler (1928) from British Guiana and Panama and of Brossut (1976) from Trinidad most likely concern other species.

In his description of the species Wheeler (1900) reported that he had collected four males, two females, and about seventy immature specimens from a nest of " Atta fervens   " (i.e. Atta texana   ) (excavated on the 10th of April). It is not indicated which of the specimens he considered as type specimens.

Specimens labelled as types of A. fungicola   are present in the Collection Wheeler, which is preserved in the American Museum of Natural History (New York). It comprises one male and seven larvae, each labelled with "Austin, Texas, W.M.Wheeler, Coll."; additionally, there is a common handwritten label: " Atta fervens   with Attaphila fungicola   , Austin, Nov. 20. 1900".

A second sample of pretended type specimens is deposited in the Wasman Collection in the Natuurhistorisch Museum in Maastricht, consisting of two immatures. They are labelled - in Wasmann’s handwriting - with " Attaphila fungicola   Wheel. (Typen), b. Atta fervens   , 4/1900 Wheeler!, Austin (Tex.)".

The agreement in the date shows that the specimens from Maastricht undoubtedly belong to the series which Wheeler described in his paper, while the New York series was collected later in the year. But the only specimen among the two series which could serve as an informative type is the sole adult specimen, the male from the New York series. Since both series were collected by Wheeler, in the same year, at the same locality, in nests of the same ant species, it appears legitimate to consider the two series together as a Syntype series, from which the male specimen is here selected as the Lectotype, while all other specimens are designated as Paralectotypes. 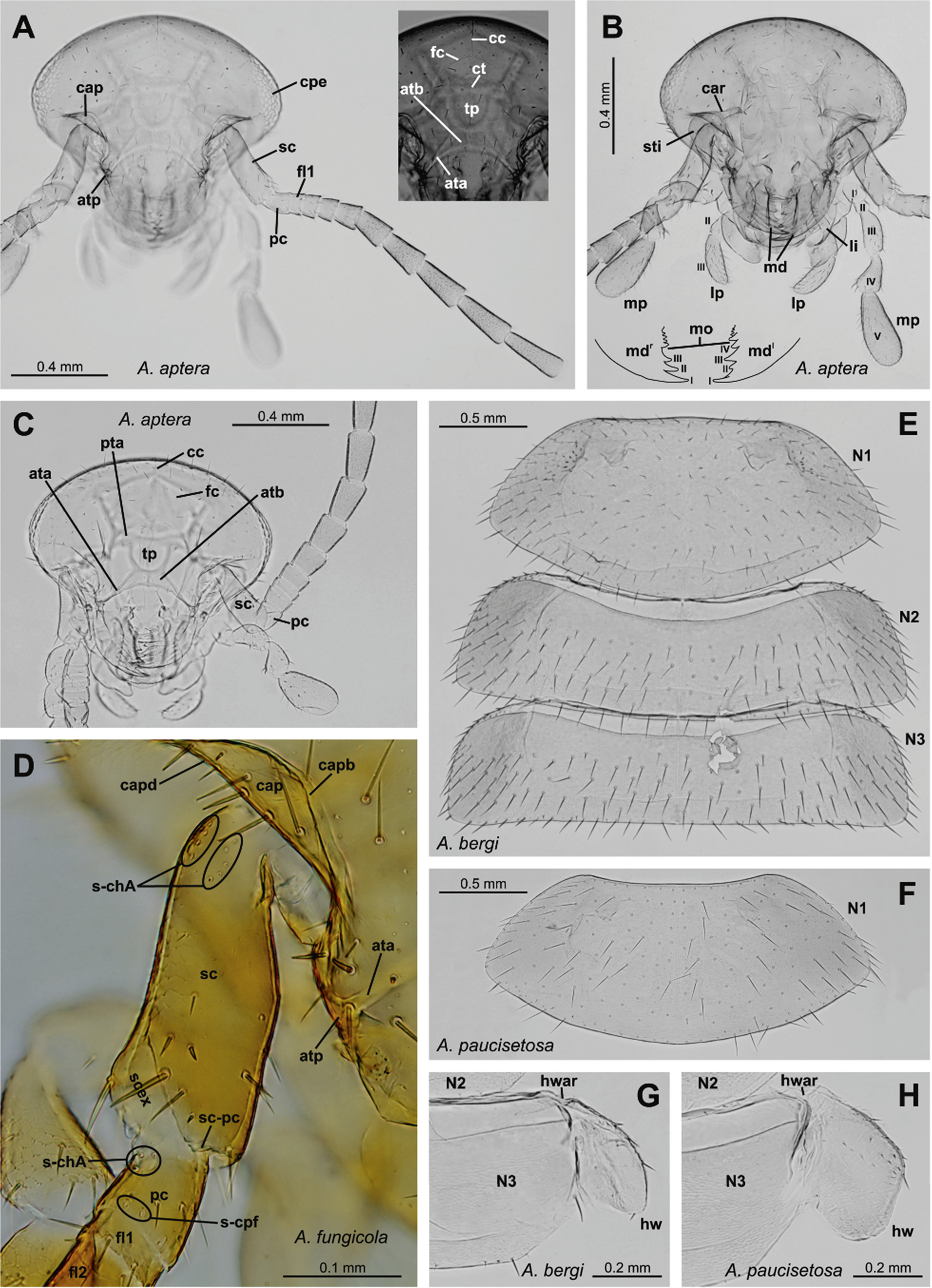 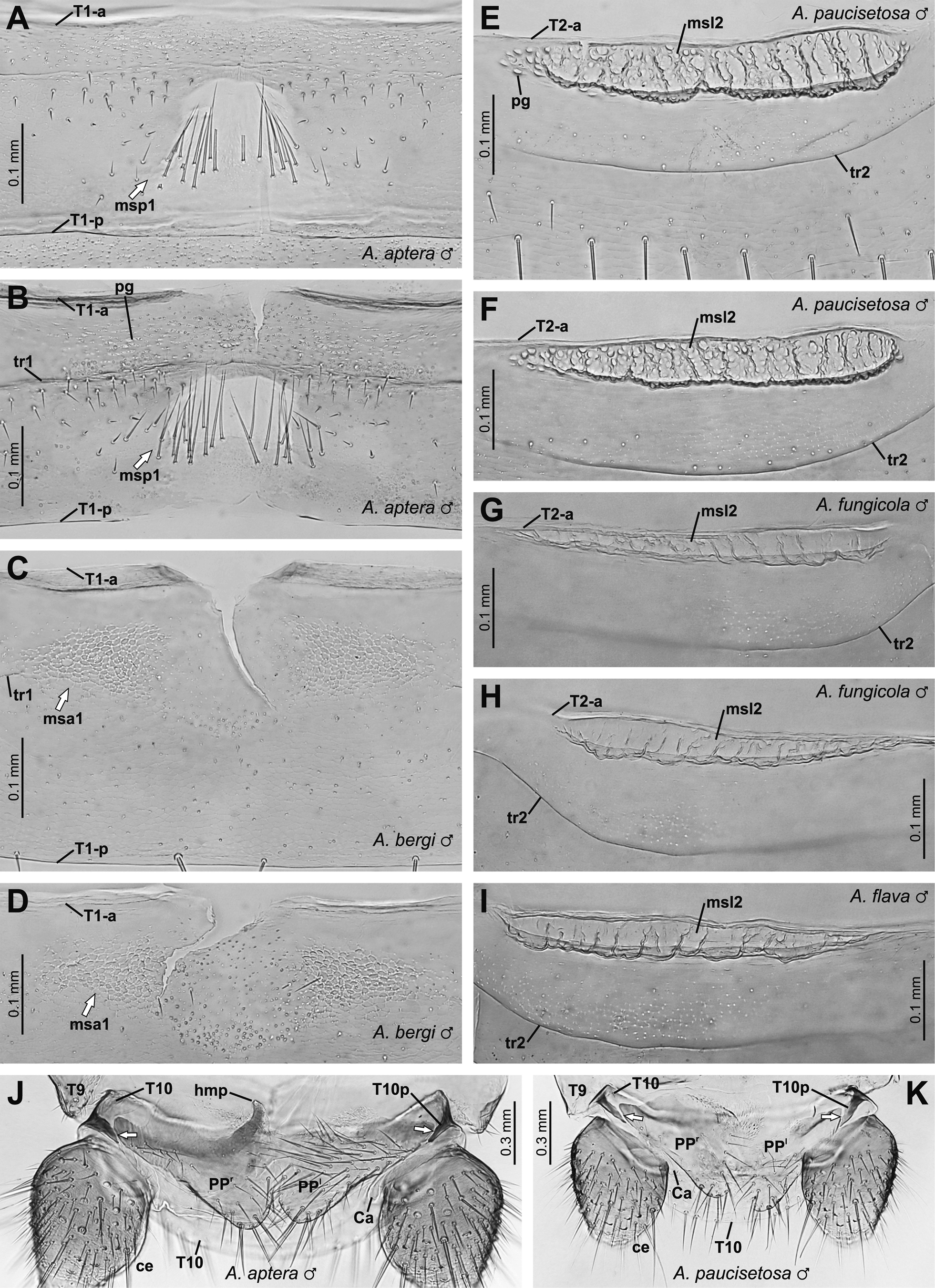 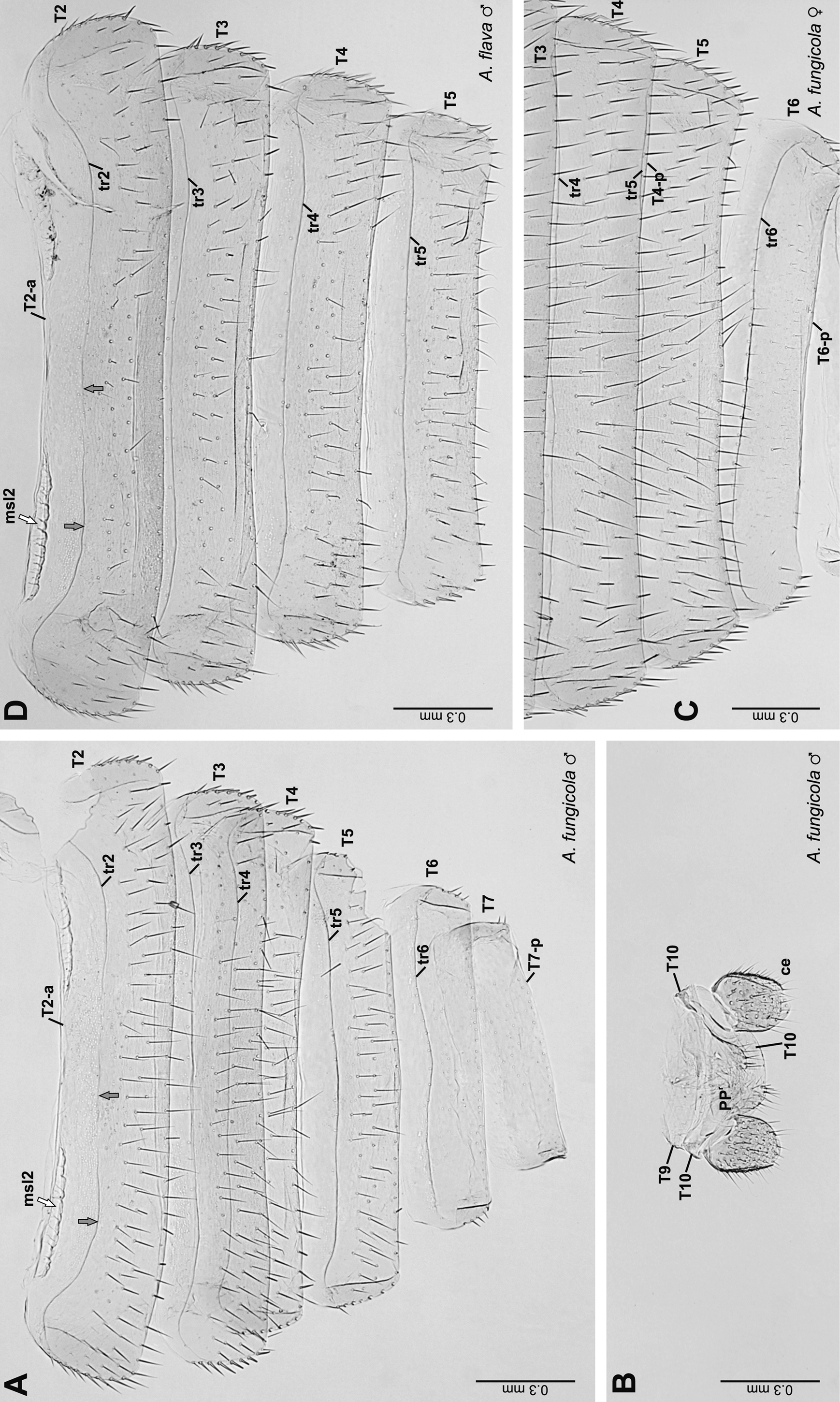 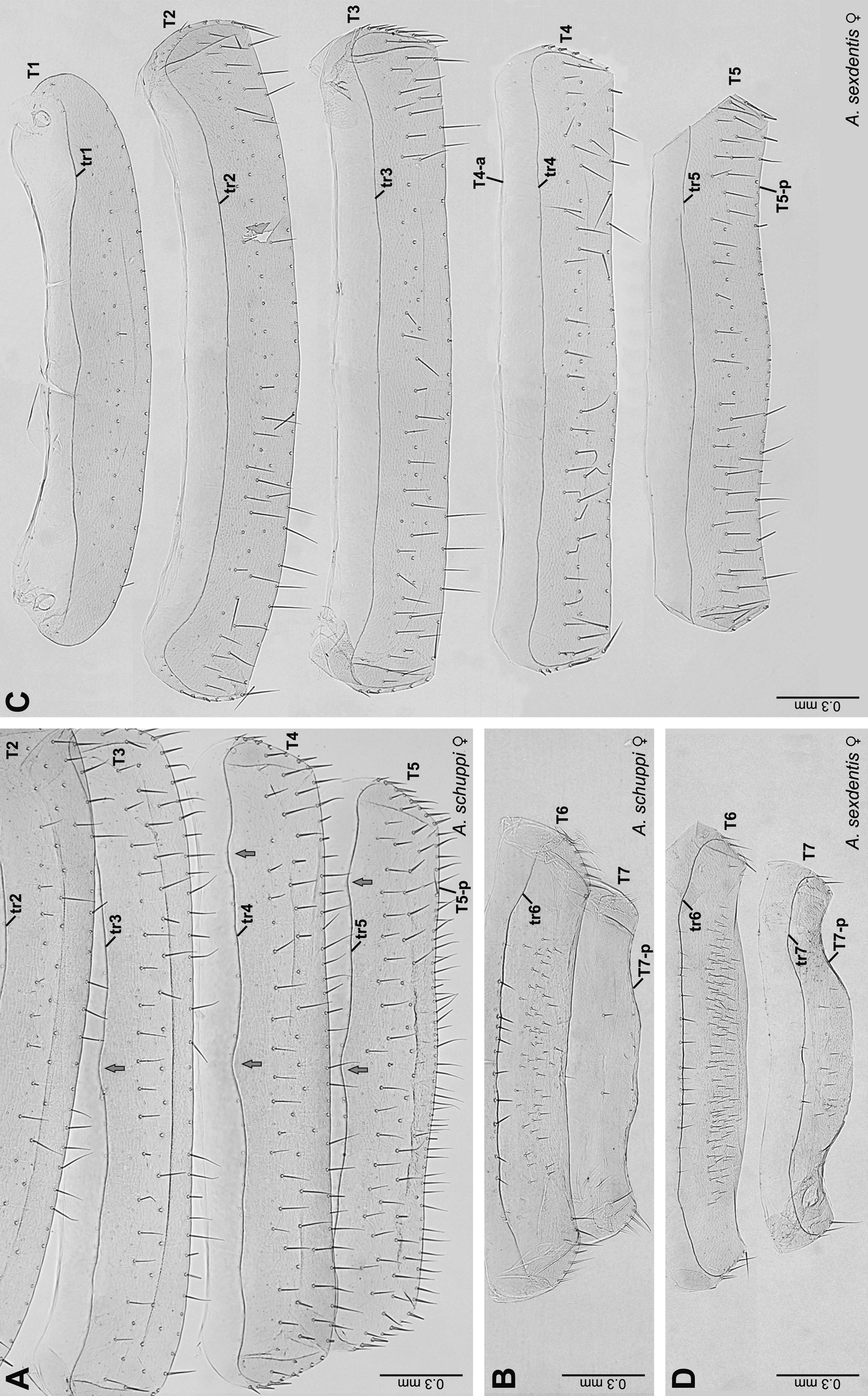 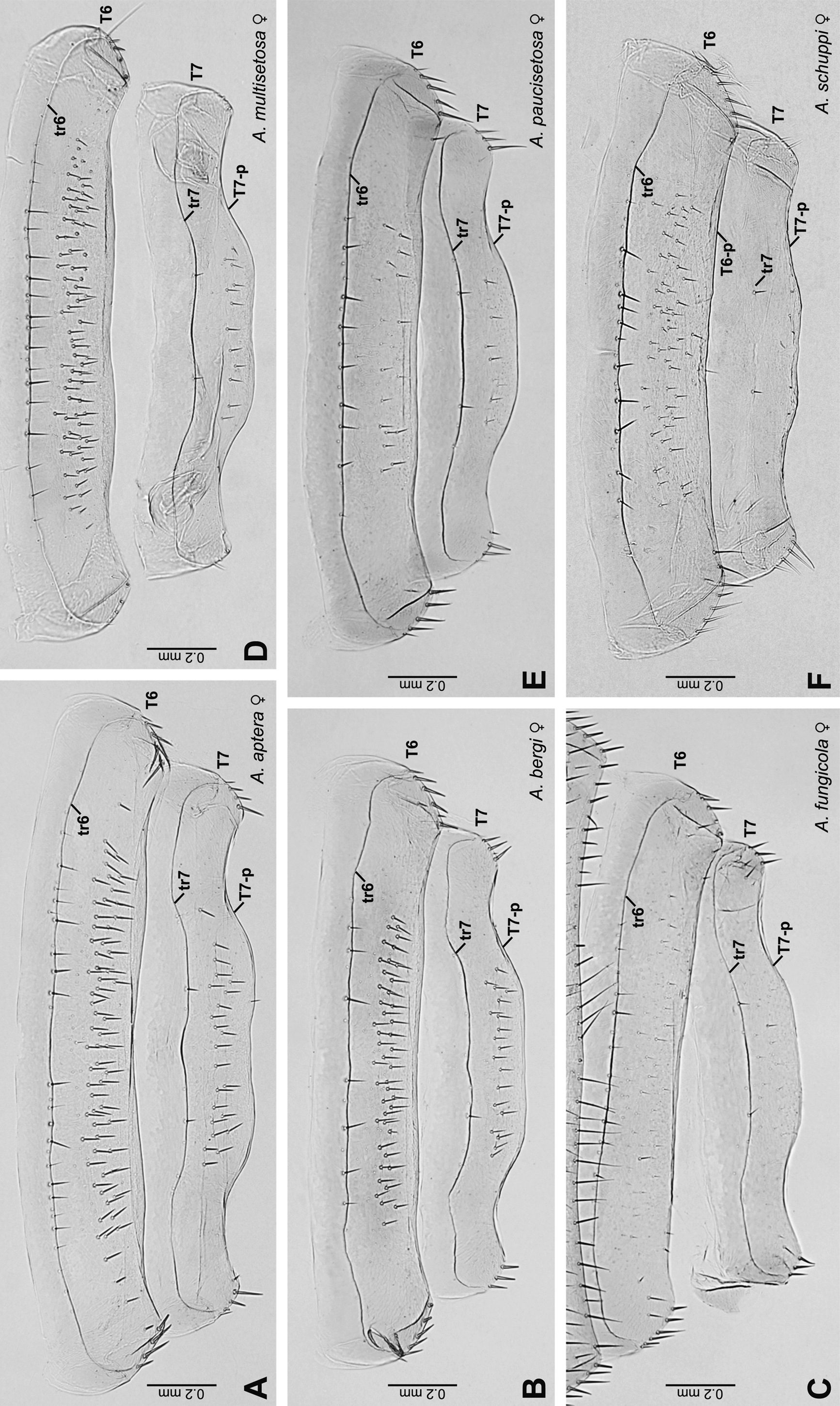 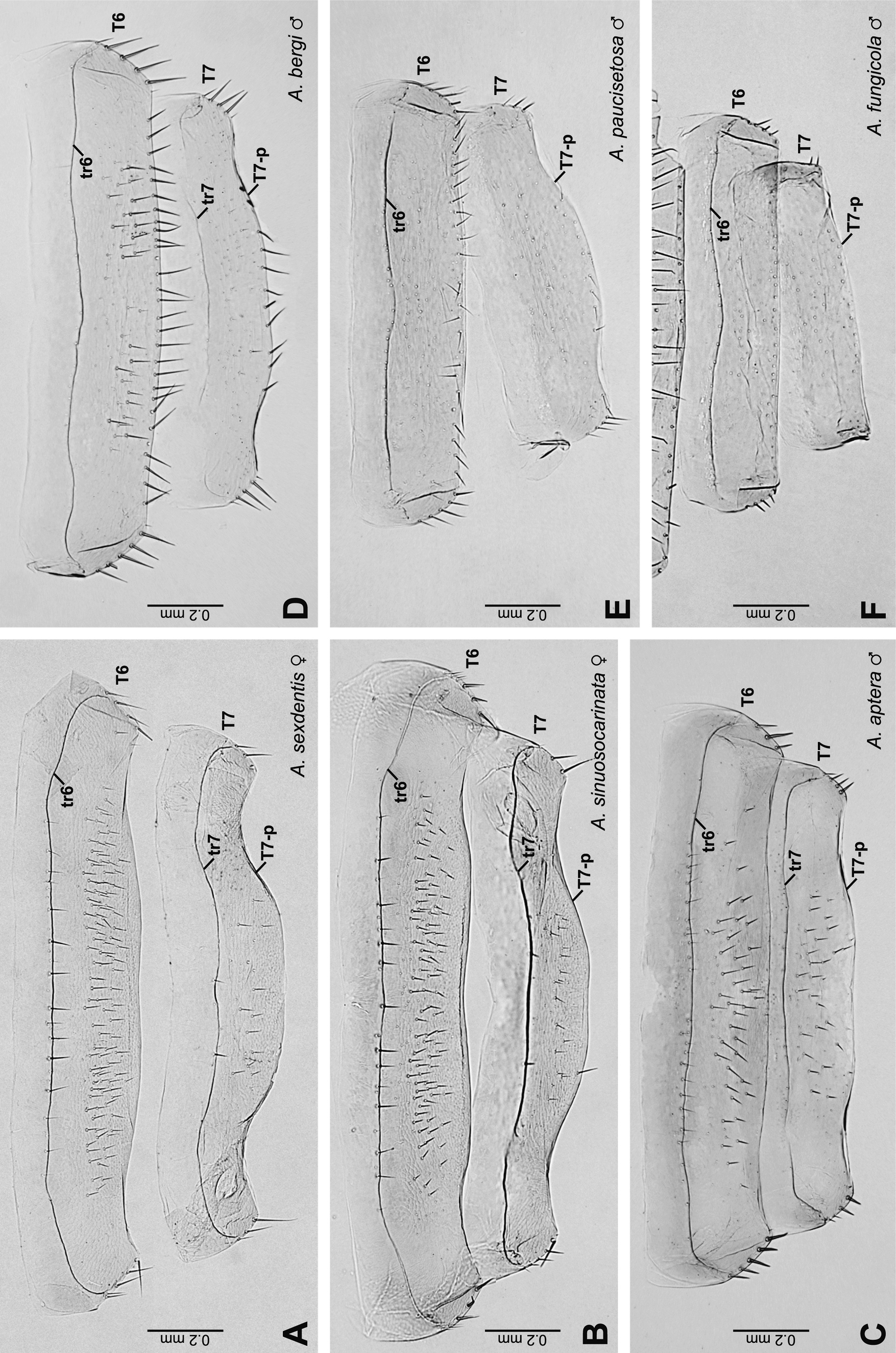 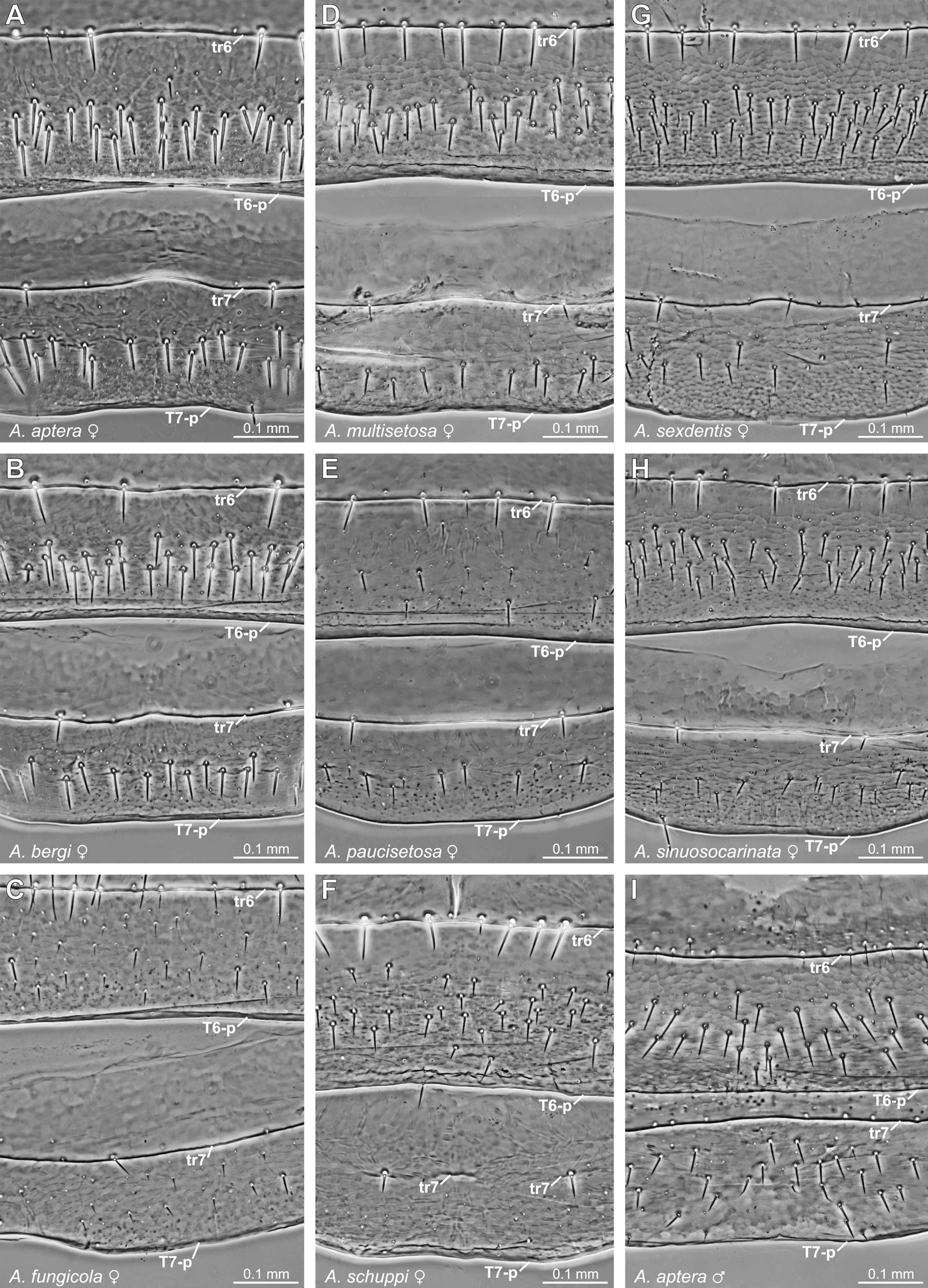 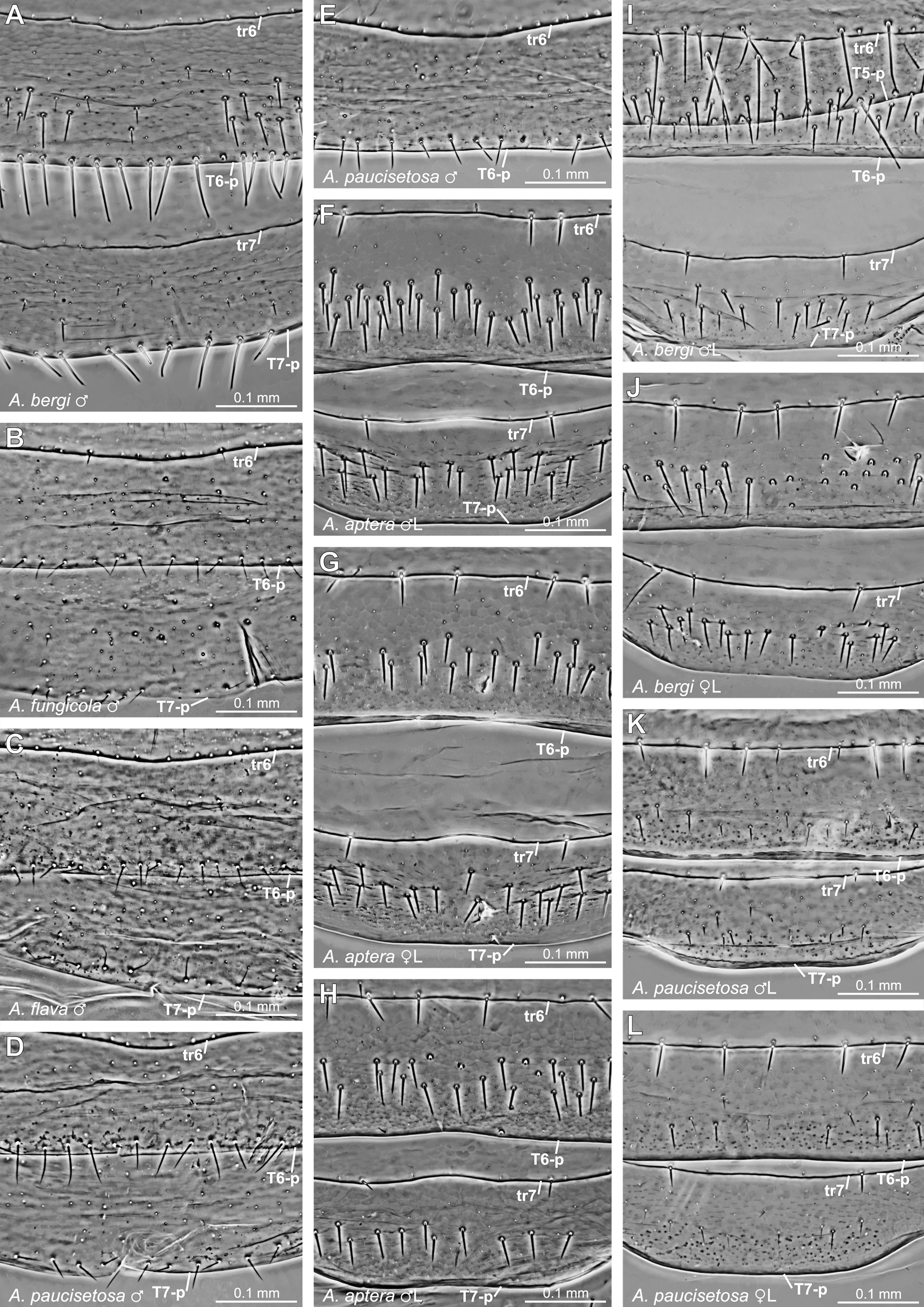 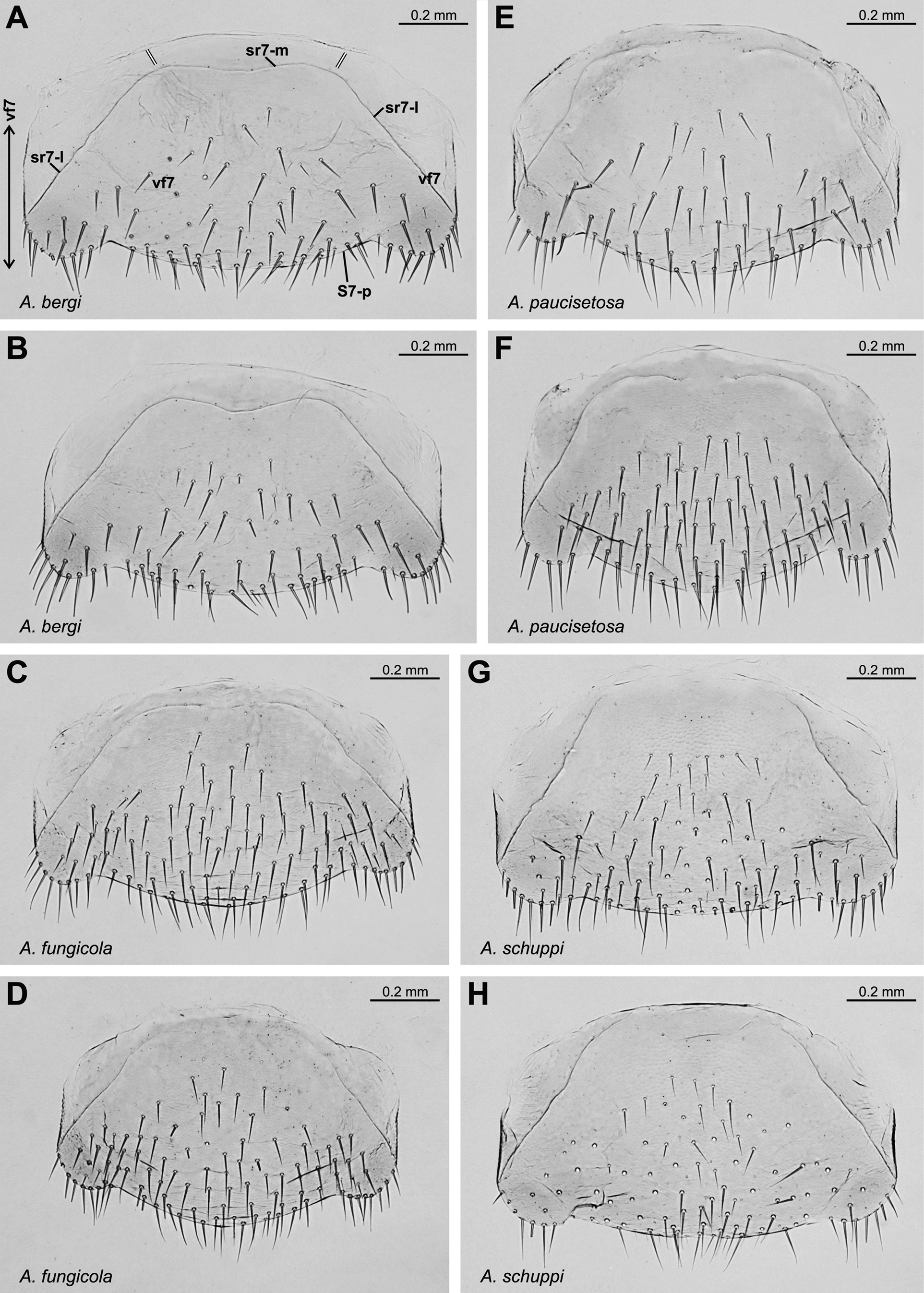 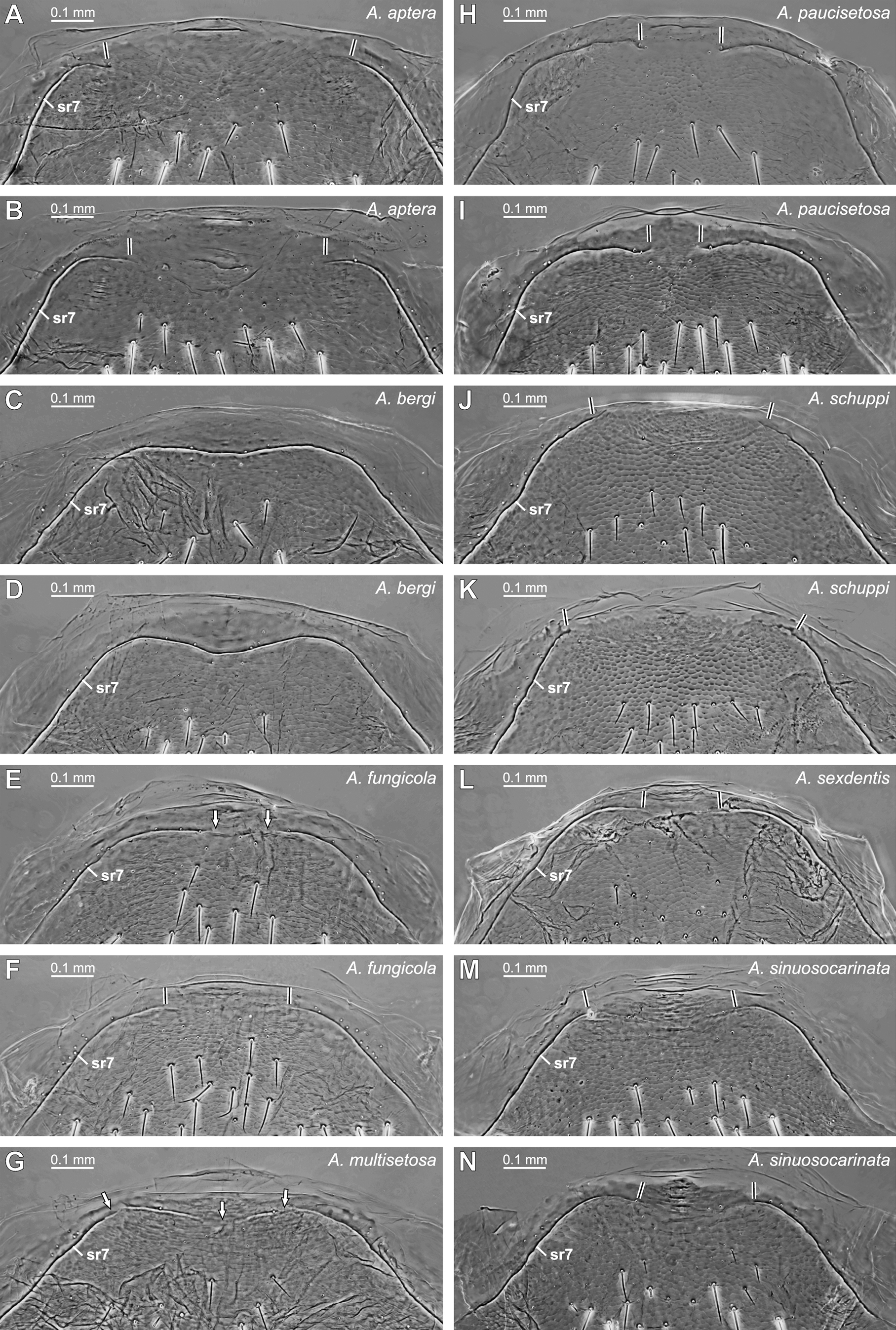 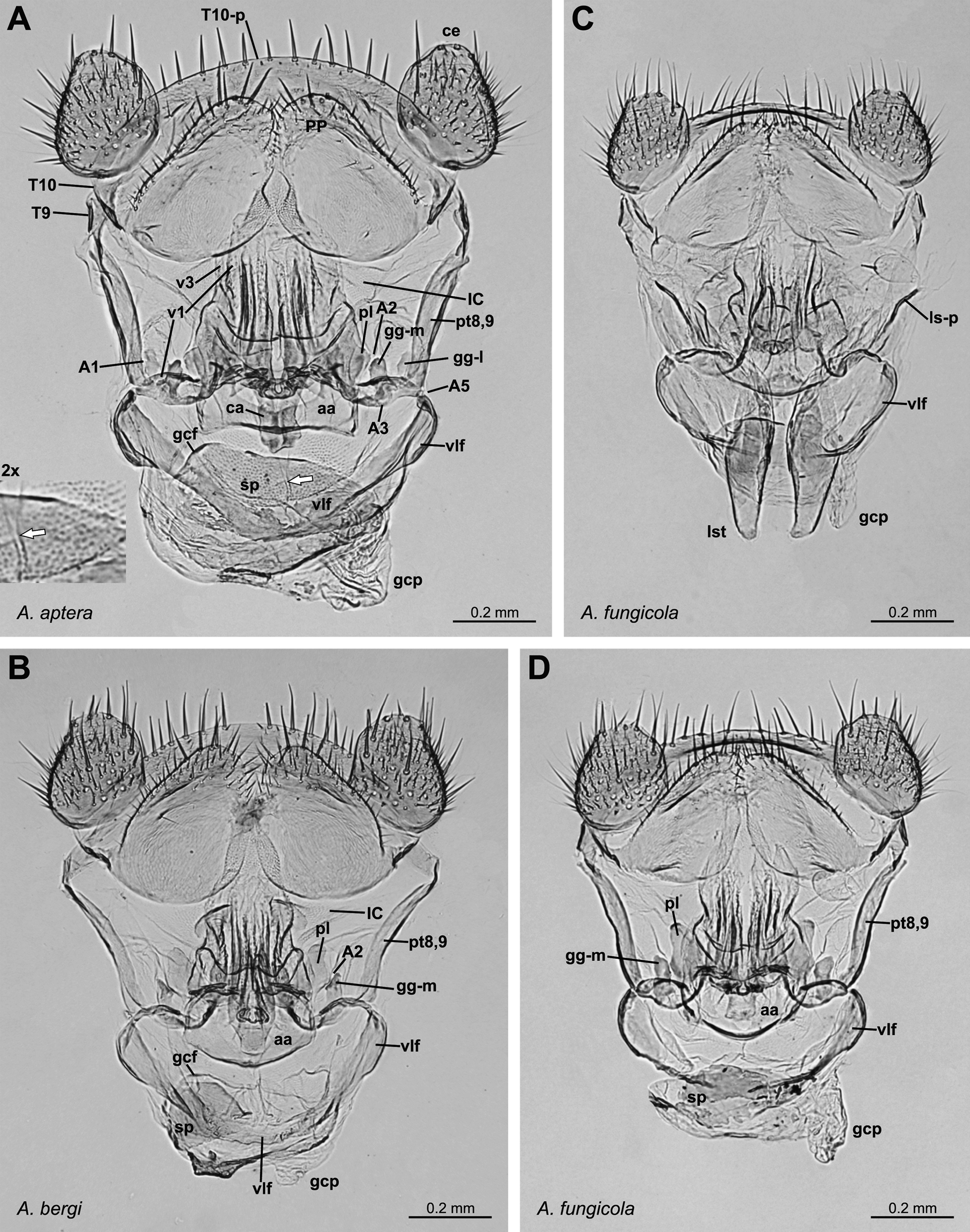 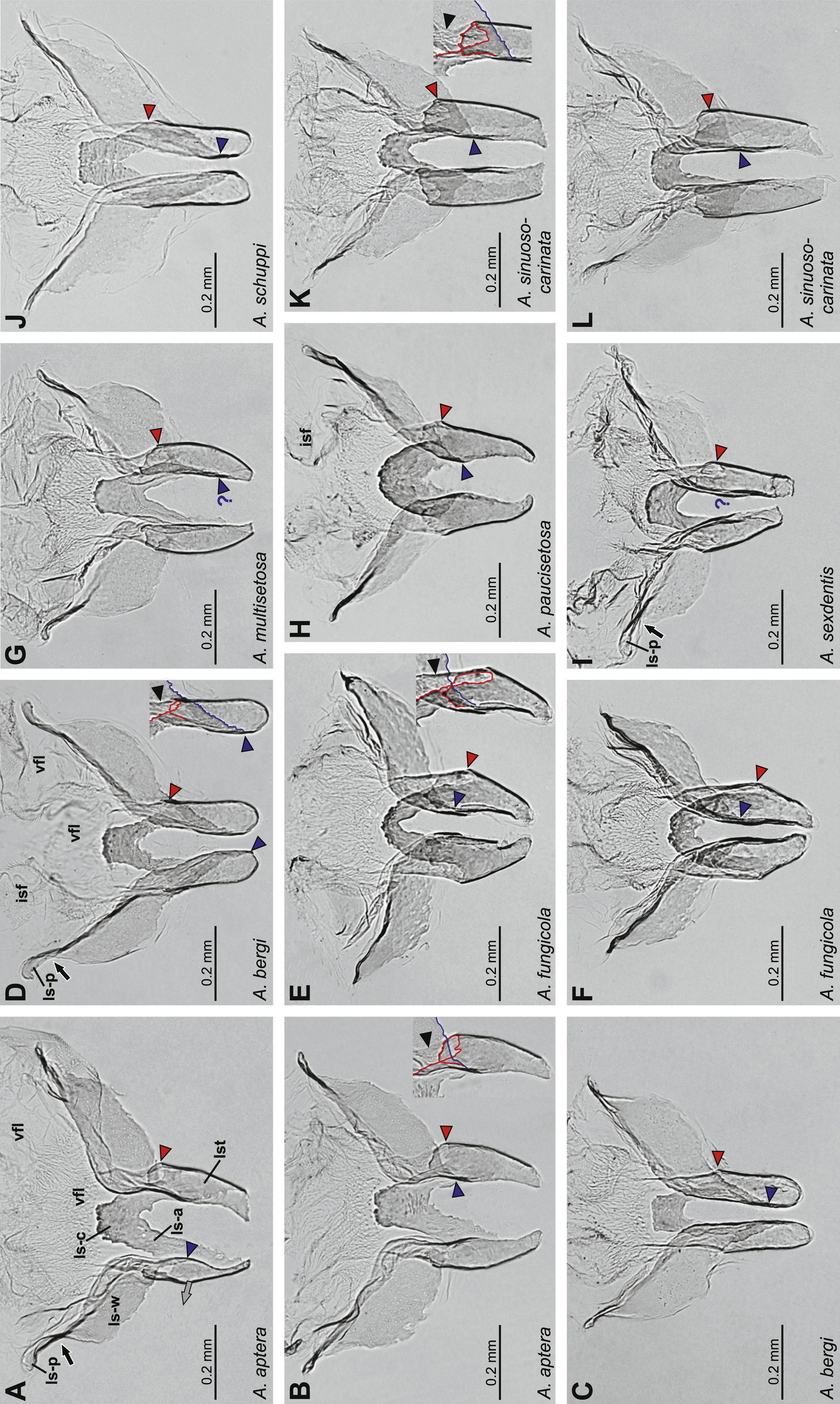 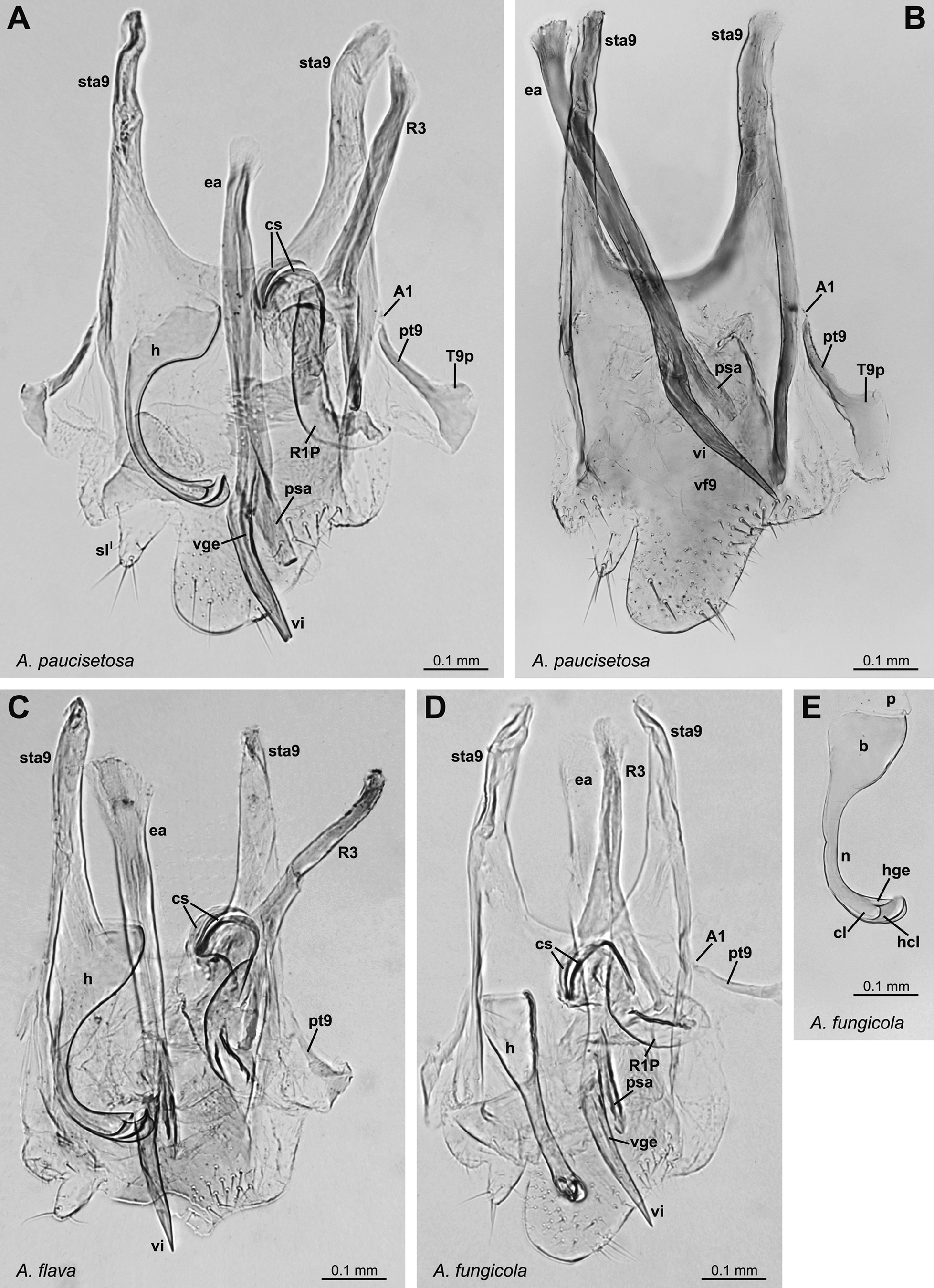 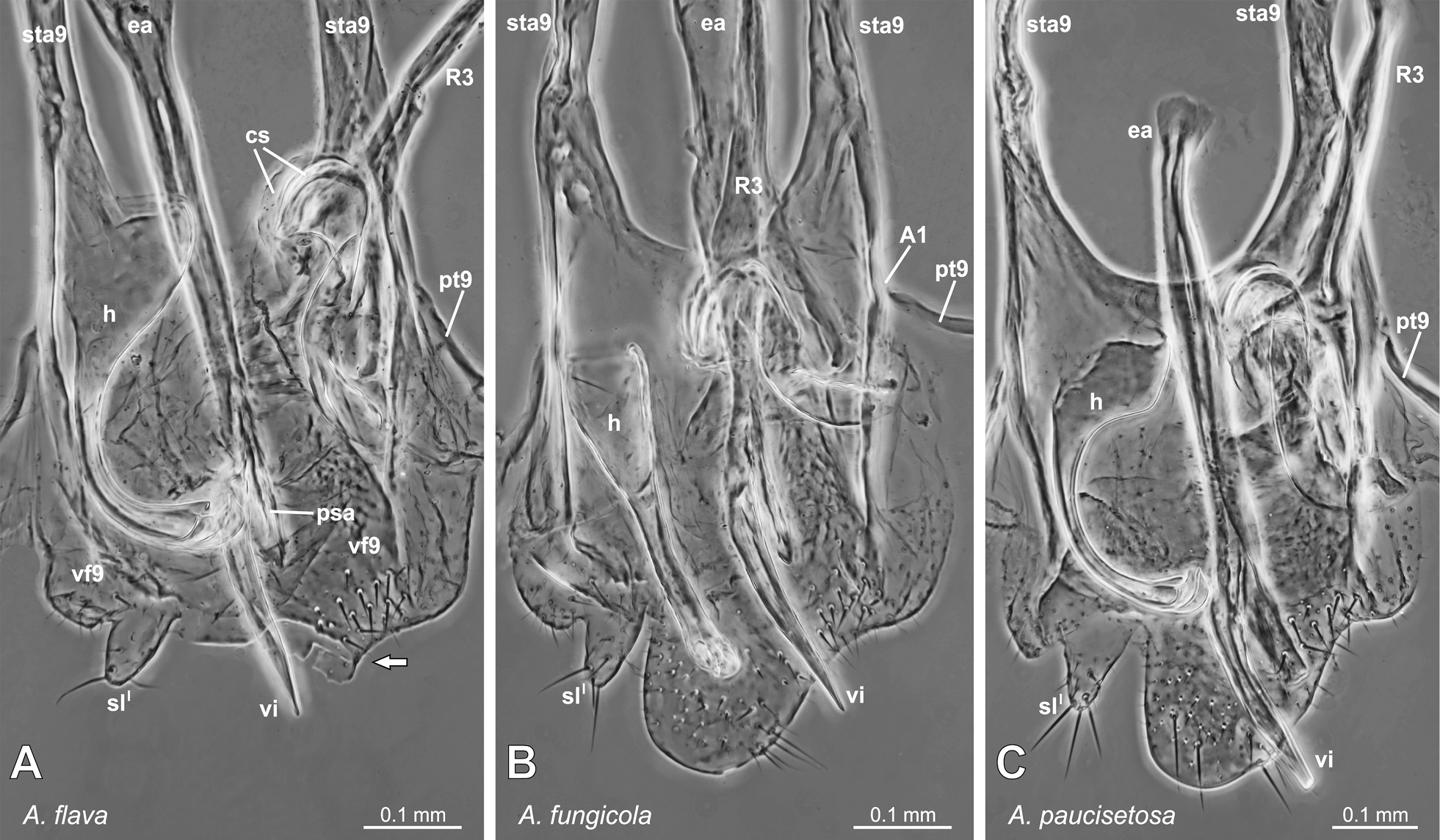 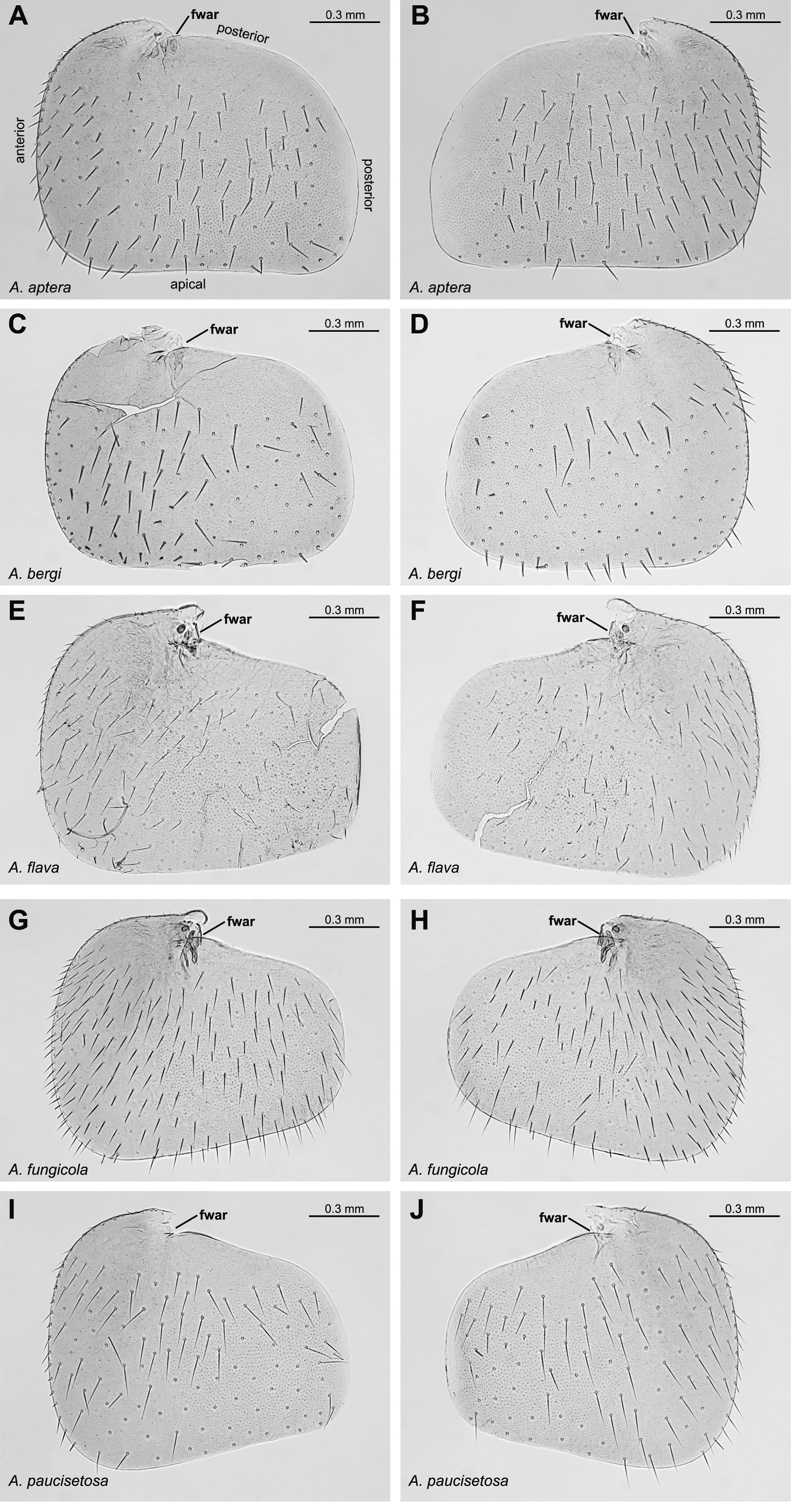