This species may be separated from other Charinus   in eastern South America by means of the following combination of characters: retrolateral surface of basal segment of chelicera with small blunt tooth; pedipalp tarsus with three spines; leg IV distitibia sc and sf series each with six trichobothria.

Latin adjective, translated from the name of the type locality, which means ‘charmed’ ( Giupponi & Kury 2002).

CHELICERAE. Small tooth in retrolateral row of basal segment. Prolateral surface with transverse row of around six small setae, ventrally to dorsally. Four setae, retrolateral, retromedial, prolateral and promedial, on dorsodistal margin, near membranous region of claw. Claw with eleven denticles and row of setae on retrolateral surface from base to near apex (dorsal side).

LEGS. Tibia of leg I with 23 articles; tarsus I with 41 articles. Leg IV basitibia with four pseudoarticles; trichobothrium bt situated in proximal third; distal apex of basitibial pseudo-articles with dark, denticulate projection. Leg IV distitibia trichobothrium bc situated closer to sbf than to bf; sc and sf each with six trichobothria; tarsus with distinct white annulus distally on first article.

Known from two caves in the western part of the Brazilian state of Bahia.

Holotype and paratypes were collected 8 m from the entrance of the cave. The behavioral repertoire of the species was studied by Tagliatela et al. (2019). 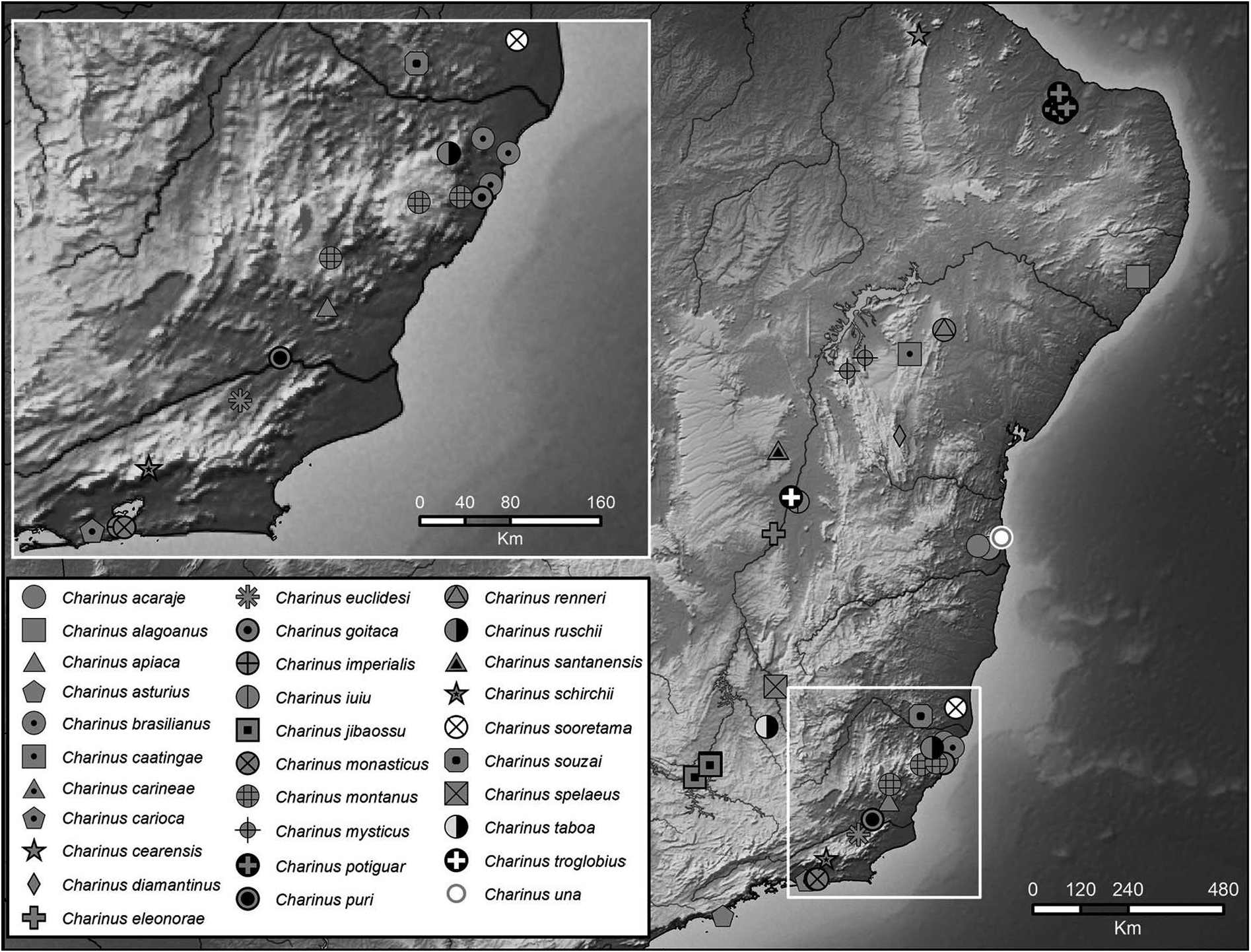