Based in part on Harms (2018), this species may be separated from C. madagascariensis and other African species of Charinus by means of the following combination of characters: median and lateral eyes well developed; median ocular tubercle well developed; female gonopod sucker-like; cheliceral claw with five teeth; pedipalp femur with three dorsal spines and three ventral spines; pedipalp patella with three dorsal spines and two ventral spines; pedipalp tarsus with two dorsal spines; tibia of leg I with 24 articles, tarsus I with 41 articles; leg IV basitibia with three pseudo-articles; distitibia sc and sf series each with four trichobothria.

Known only from the type locality in Kakum National Park, Ghana.

The holotype was collected under a rock in a small rocky outcrop near a dry creek-bed, in closed-canopy primary rainforest. The female possessed a brood sac and carried seven eggs. Harms (2018) noted that this was the smallest whip spider in western Africa and might have a preference for rocky boulders in densely vegetated areas, under which it retreats. Ricinulei ( Ricinoides sp. ) and unidentified schizomids were observed at the same outcrop. 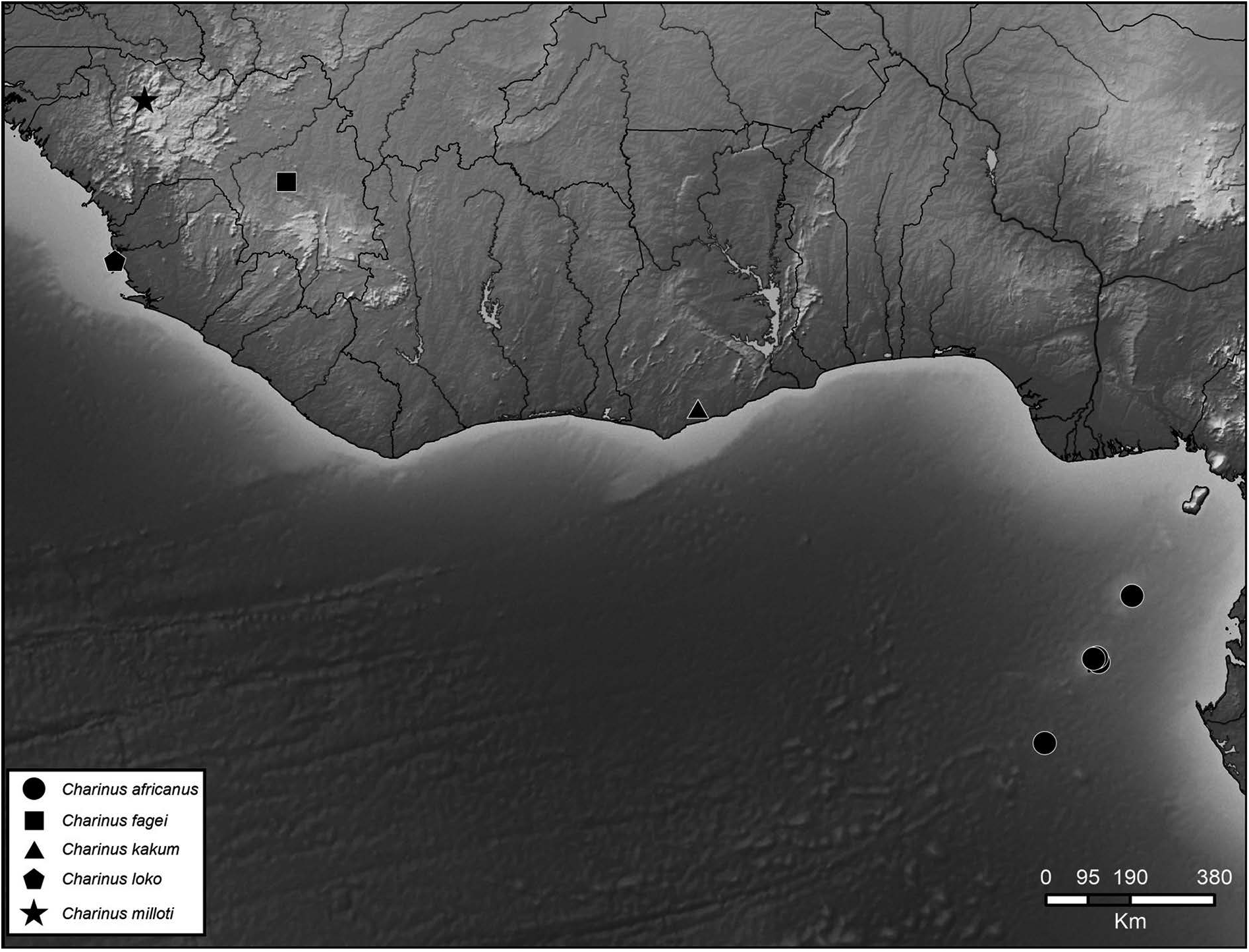