Variation. Specimens listed above as non-types exhibit overall ground color dark-brown to chestnut, instead of the beige color pattern present in the type series (compare Figs. 1 View Fig and 2 View Fig ). Also, these specimens possess dark blotches larger and less numerous when compared to lighter-colored specimens, and ventral blotches larger and often coalescing into wavy stripes. These specimens were thus considered non-types, although no differences in morphometric or meristic features were found between the lighter, typical specimens and nontypical, darker specimens.

Distribution. Hypostomus kopeyaka   is known only from the rio Tiquié basin, a tributary of the rio Uaupés, upper rio Negro drainage, Brazil ( Fig. 4 View Fig ). According to Tuyuka fishermen, the species also occurs at the upper rio Tiquié into Departamento Vaupés in Colombia, but no specimens are available from the latter area.

Ecological notes. Hypostomus kopeyaka   was collected in rapids, cataract pools, and slow-flowing portions of the rio Tiquié and some large tributaries (igarapé Umari Norte, and igarapé Castanha). No clear habitat preference was identified, though most specimens were collected in relatively slowflowing portions of the rio Tiquié itself or at its large whitewater tributary, the igarapé Castanha.

Etymology. After its common name among the Tuyuka and Tukano indians, kope yaka, or kope ya’ka, meaning “pleco from the holes”, an allusion to the fact that, according to the Indians, the fishes spend most of their time hiding in holes in the river banks (Cabalzar et al., 2005). 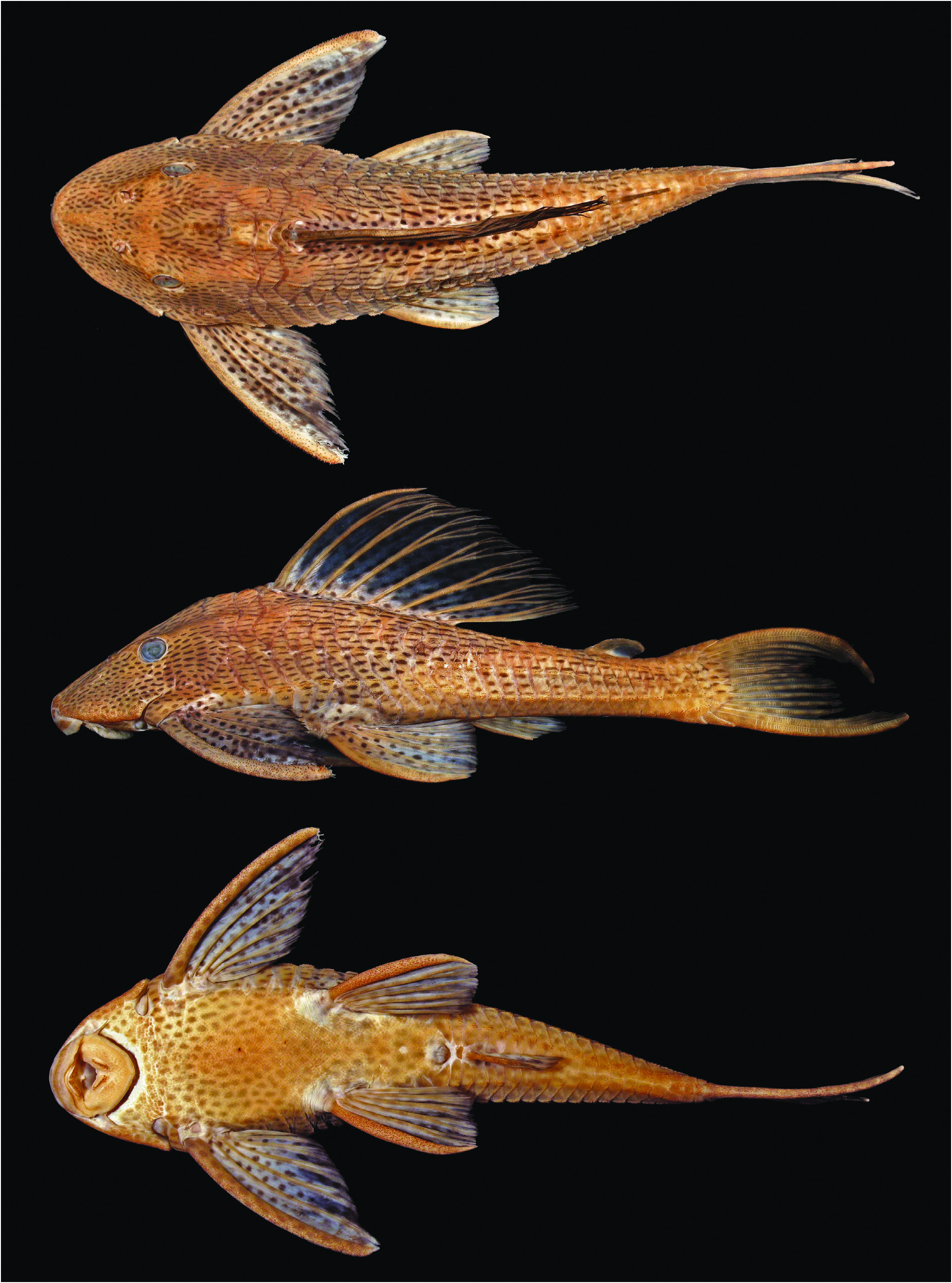 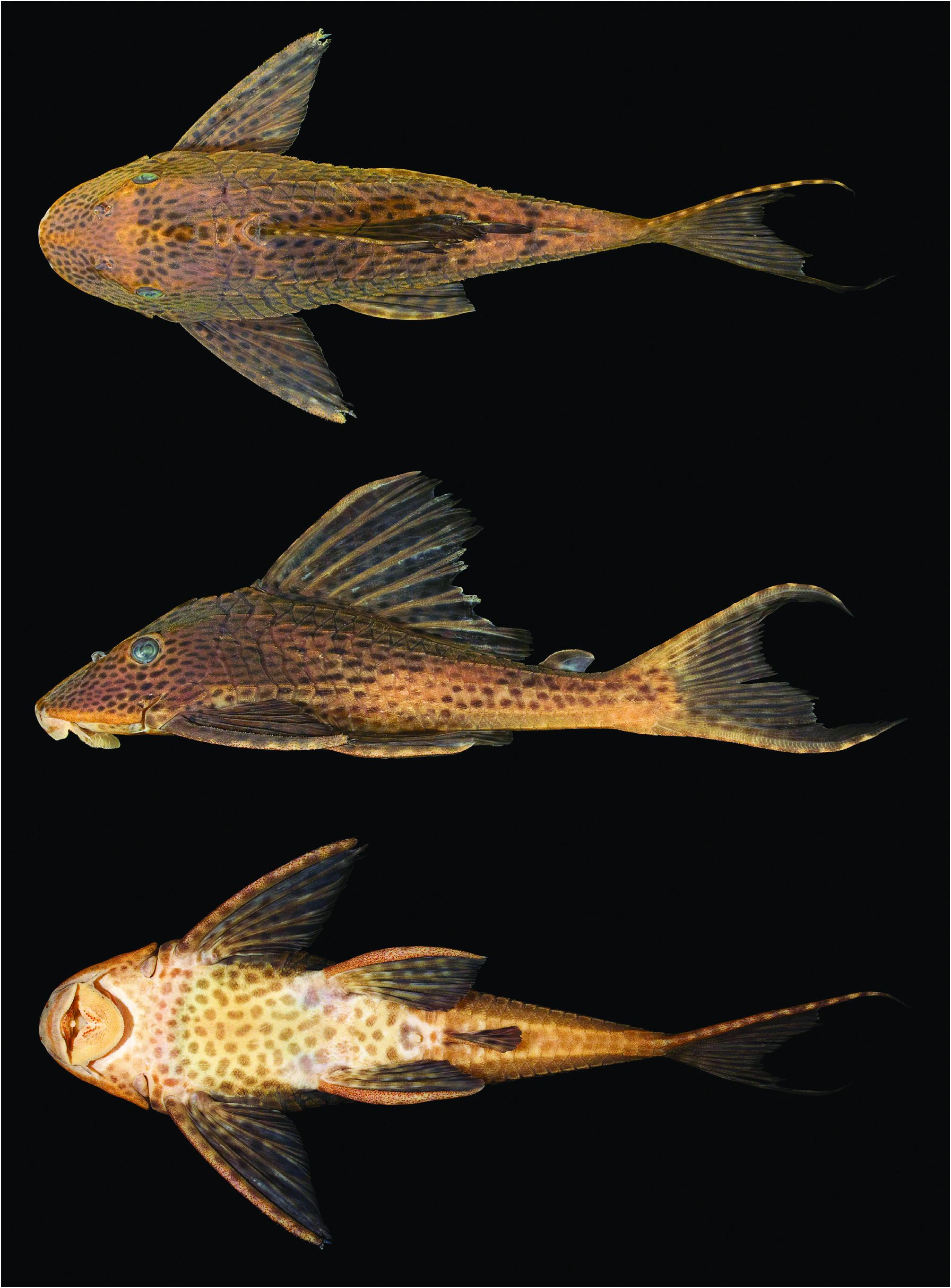 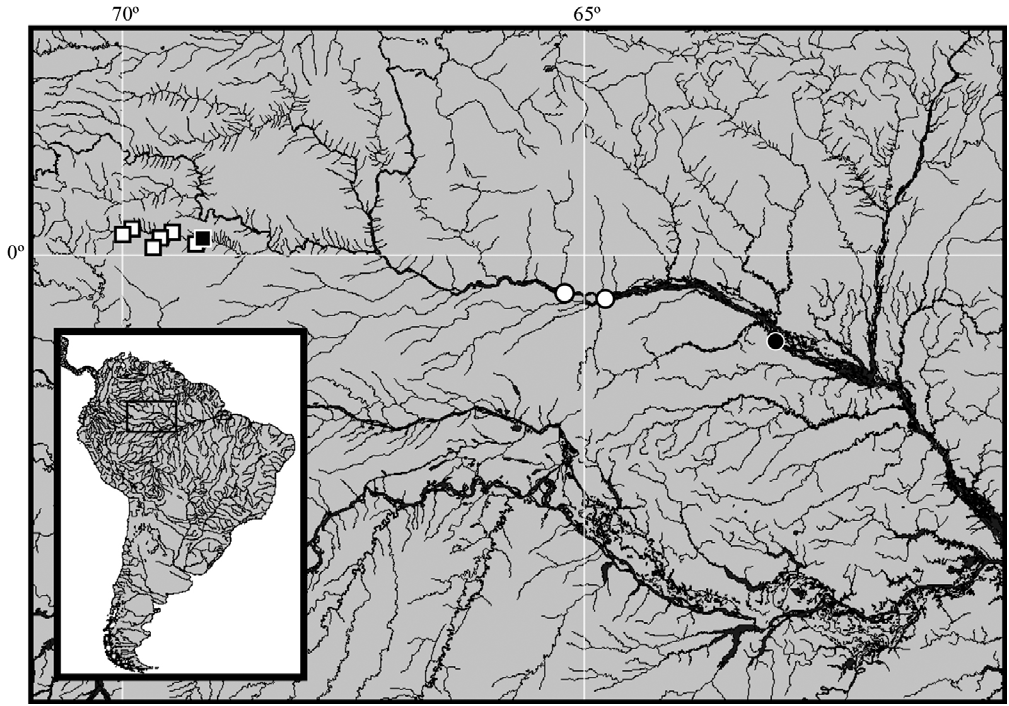