Derivation of name. From the Latin persicus = Persian (referring to the position of the collecting site).

Head. Longish, 1.4 times as long as broad, with broadest part at articulation points of the mandibles, which are concealed under margins of head. Posterior part of central rod thin but distinct, 1.1 times as long as much thinner anterior part; frontal and median branches lacking. Dorsal side of head sparsely setose, setae thin, short, of subequal length. Diameter of post-antennal organ 0.5 of greatest diameter of 3 rd antennal segment, entrance tube very short. Palp of first maxilla bud-like with one point only, 1.7 times as long as the greatest diameter. Cuticle of central and posterior part of dorsal side of the head almost glabrous, anterolateral part between post-antennal organ and margin of head with rounded granules.

Antennae. 0.1 of the length of the body, both 16 segments. First segment cylindrical, thinner than following segments, 1.1 times as long as greatest diameter; setae in one whorl, inner setae longer than outer ones, longest seta ¼ of the length of the greatest segment diameter. Second segment about as long as wide with seven setae evenly spaced around the segment, inner setae distinctly longer than outer setae. Chaetotaxy of 3 rd segment as on preceding one. Setae longest on proximal segments, longest of them ~ 3 times longer than longest setae on distal segments. Proximal and median parts of the antennae with only primary whorl of setae, a secondary whorl in median and subdistal part but never complete. Circular sensory organs on dorsal side of segments 11 and 12, bladder-shaped organs on segments 13-15; small spined organs on dorsal side (but most of them hidden under foreign particles). Apical segment subspherical with wide connection to preceding segment. All segments with short pubescence.

Habitat. Garden with pomegranate trees and grape vines, in soil. 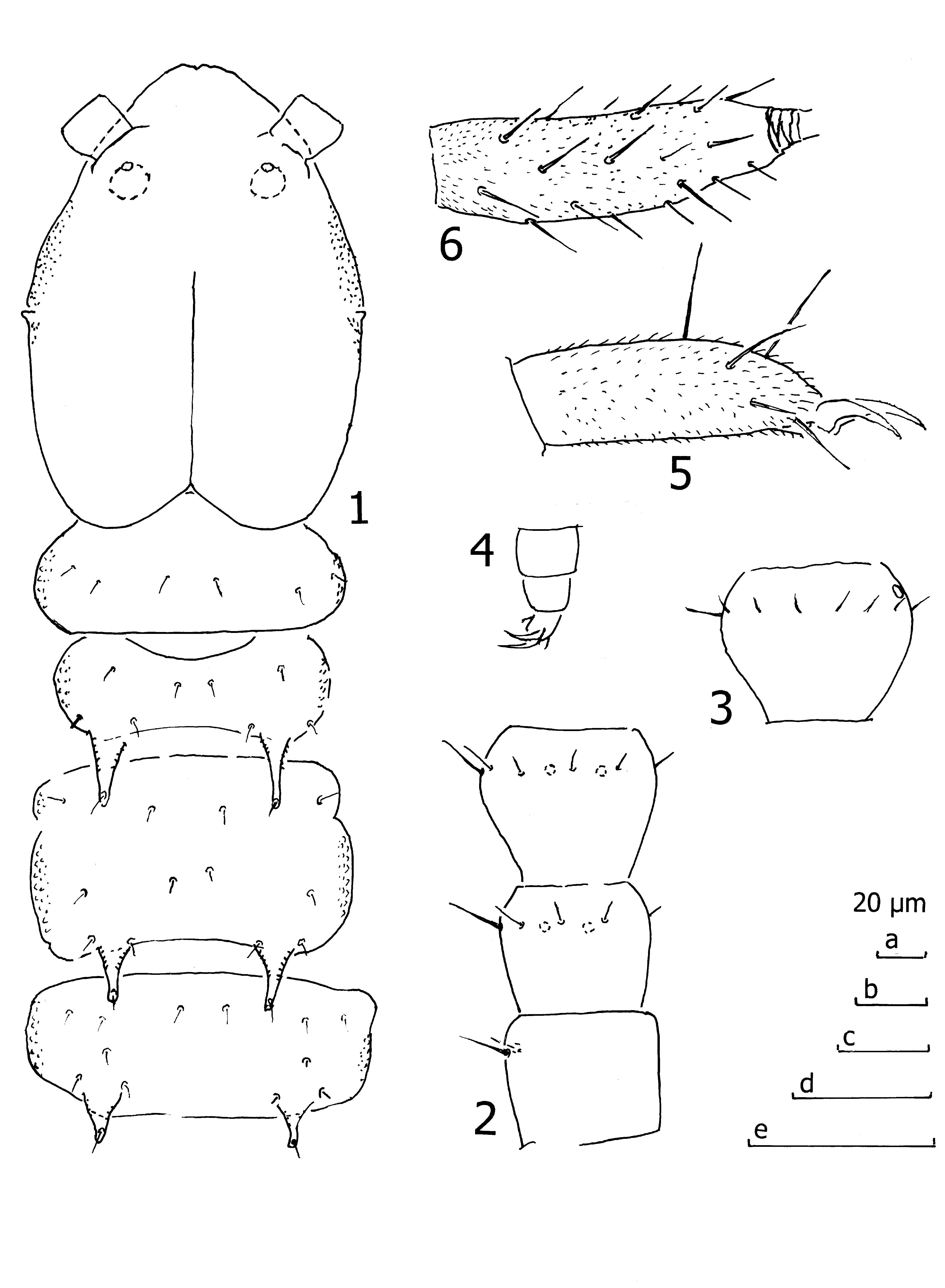