This species is very similar to S. ensifera , which also has a long ovipositor extending anteriorly to the base of the metasoma, but it can be distinguished from it by the sculpture on the frons (minutely and transversely striate in S. ensifera ); the shape of Mt1 (rounded or barely transverse medially in S. ensifera ); and the shape of Mt8 (anterior margin transverse in S. ensifera ). In addition, the mandible of S. ensifera has a small dorsal truncation in addition to the two teeth, the mandible of S. renuncula does not. The relatively short fore wing marginal vein with long setae and the long discal seta are distinctive, as is the strongly pointed process on the medial sclerite of the propodeum.

Male. Color and sculpture as described for female, except (in the one specimen examined): clava not noticeably darker, pronotum, mesoscutum, propodeum, and all of metasoma brown. Clava length:scape length 1.59. Digitus relatively short and wide, length about 1.3× its width, with a single, short and slightly curved laterally denticle at apex, and a pair of short and straight medial denticles between bases of digiti; Ms8 a very thin transverse strip, without a medial anterior projection.

Discussion. This species has a disjunct distribution in Brazil, with the holotype and two paratypes from NW Brazil (Fonte Boa, Amazonas) and the other two series of paratypes from SE Brazil (Nova Teutonia and Represa Rio Grande). It is similar to S. ensifera but appears to be a different species based on the features given in the diagnoses. Signiphora ensifera is also known from Nova Teutonia, but the collecting dates are different. Although the collecting date on the single male specimen ( BMNH (E) 990295) does not match any of those of the females, the association is based on the long discal seta and long setae on the marginal vein of fore wing, shape of Mt1, and the process on the medial sclerite of the propodeum. The male specimen has a pair of large structures inside the head, above the mouthparts and under the frons ( Fig. 344 View FIGURES 339 – 344 ), which appear to be glands of some sort. This has not been observed in other species of Signiphoridae . Finally, three slide-mounted specimens from Cuitlapetec, Veracruz, Mexico ( UCRC ENT 299591) fit the diagnosis of this species, although the sculpture on the frontovertex is not clear, and the ovipositor sheaths are not quite as extended as in the Brazilian specimens.

Etymology. From renunculus, diminutive form of L. ren = kidney, referring to the enlarged, kidney-shaped structures, apparently glands, in the head of the male. The species epithet is an adjective. 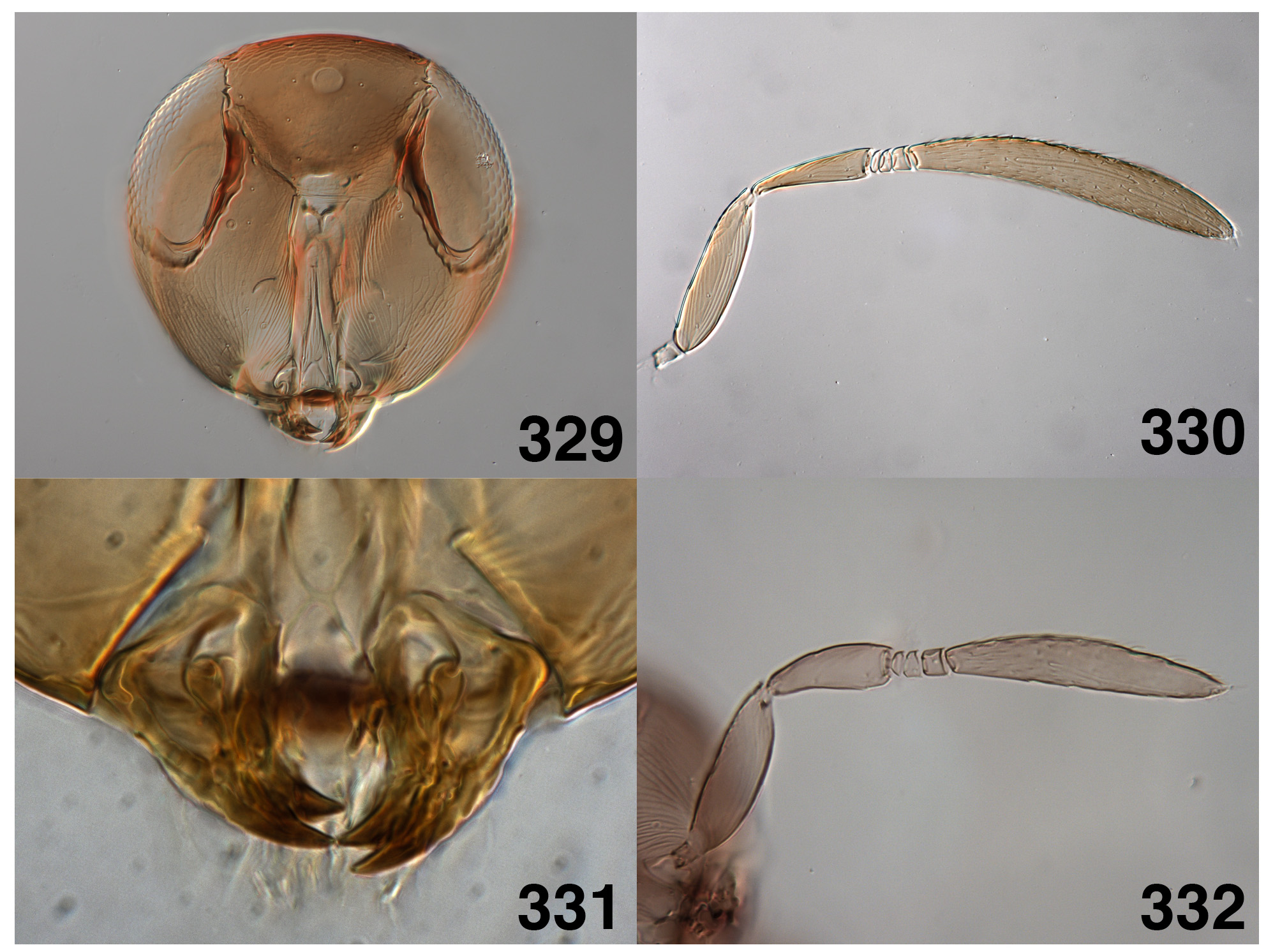 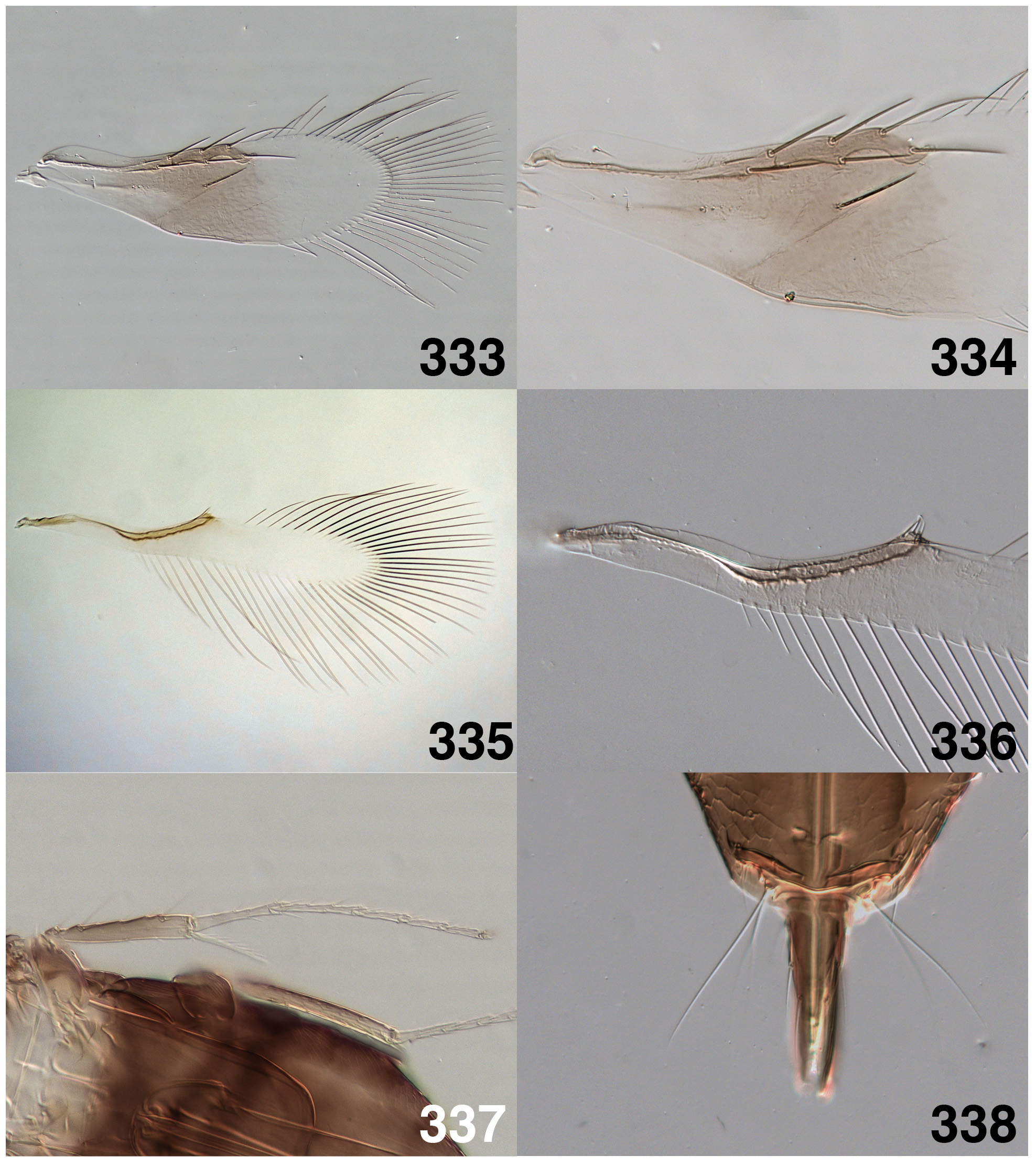 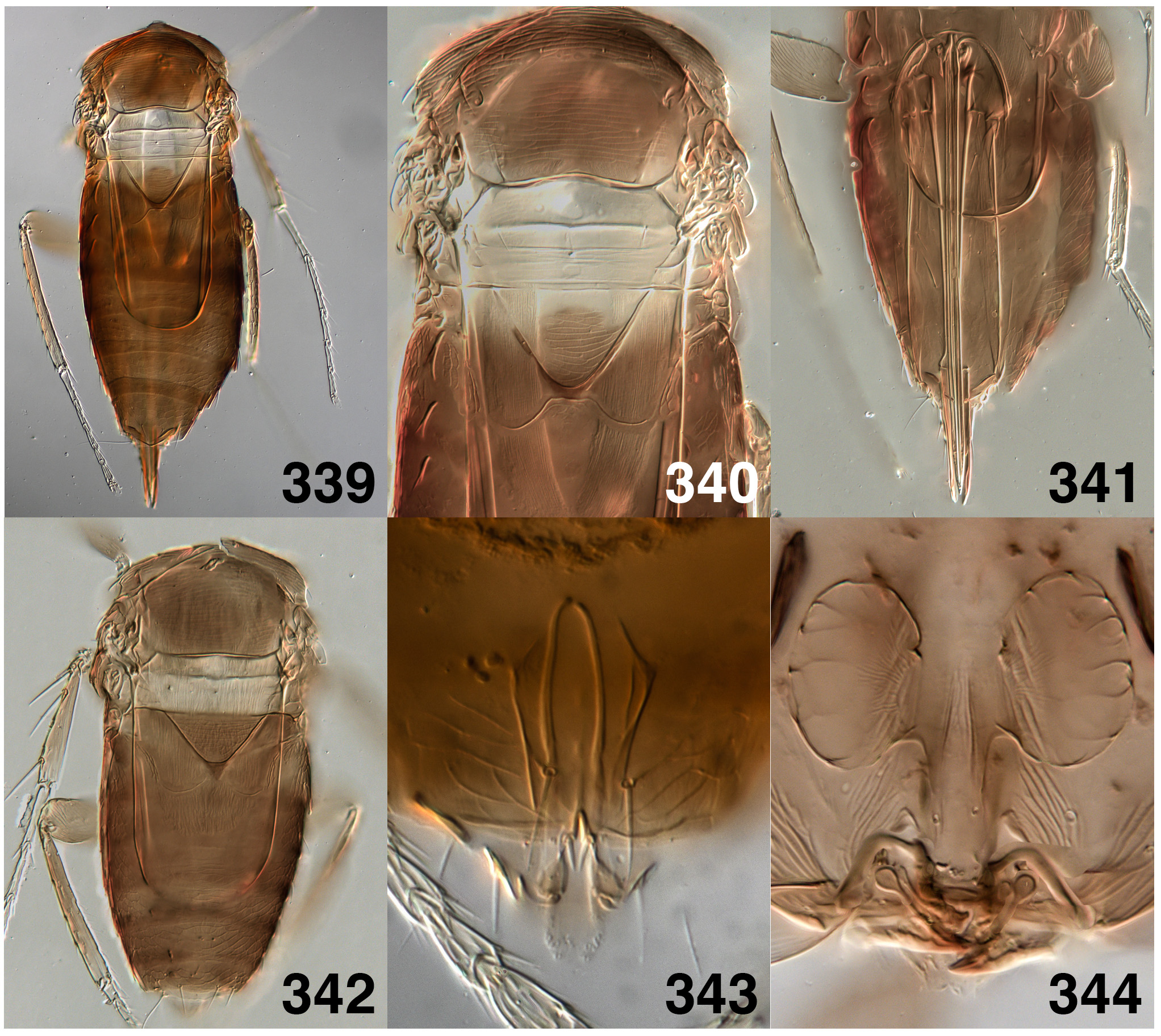