Diagnosis. Mt1 shape unique and distinctive, consisting mostly of two widely separated lateral lobes ( Fig. 58 View FIGURES 57 – 60 ); female sternites with distinctive shape of anterior projections: those on Ms6 are of normal length, but those on Ms3–Ms5 are quite short. The small mandibles with very short teeth are also diagnostic. Other diagnostic features, in combination with the above, are a fore wing without discal seta and marginal vein with at least seta M1 absent, sometimes also M1 and M2. This is also one of the smallest species of Signiphora .

Discussion. Unfortunately, the shape of Ms8 is not clear in any of the specimens available. A series of five specimens mounted in balsam ( Guatemala, Cocales, coll. E.J. Hambleton, 16.v.1965, ex: Odonaspis Leonardi sp.) appears to be this species, but the specimens are in poor condition. So far as can be determined in this series, Mt1 has the distinctive bilobed shape of this species but the lobes are a bit wider and closer together than in the type series. In addition, the anterior projects on Ms3–Ms6 are longer than in the type series.

Etymology. The species name refers to the distinctive shape of Mt1. It is to be treated as an adjective. 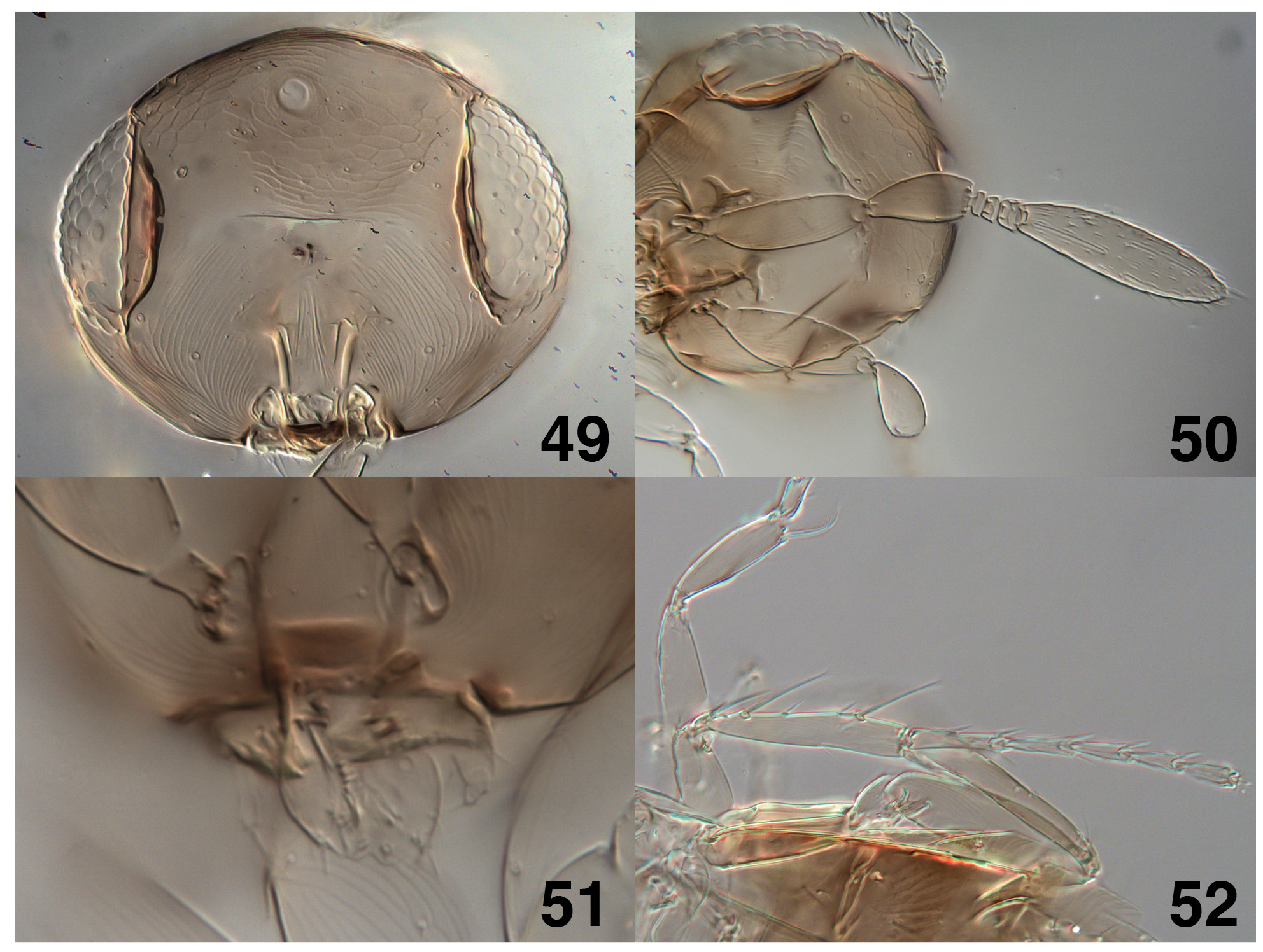 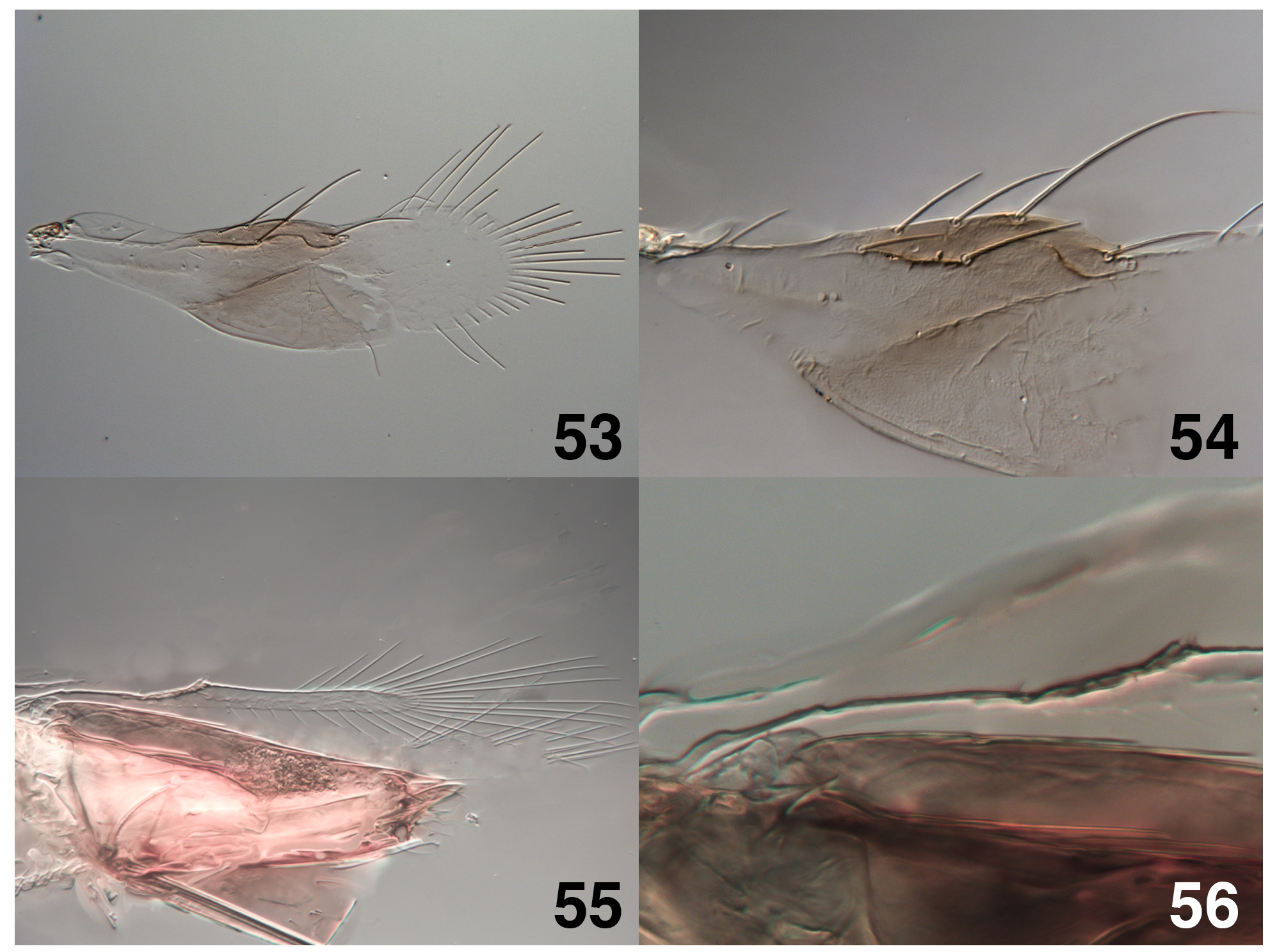 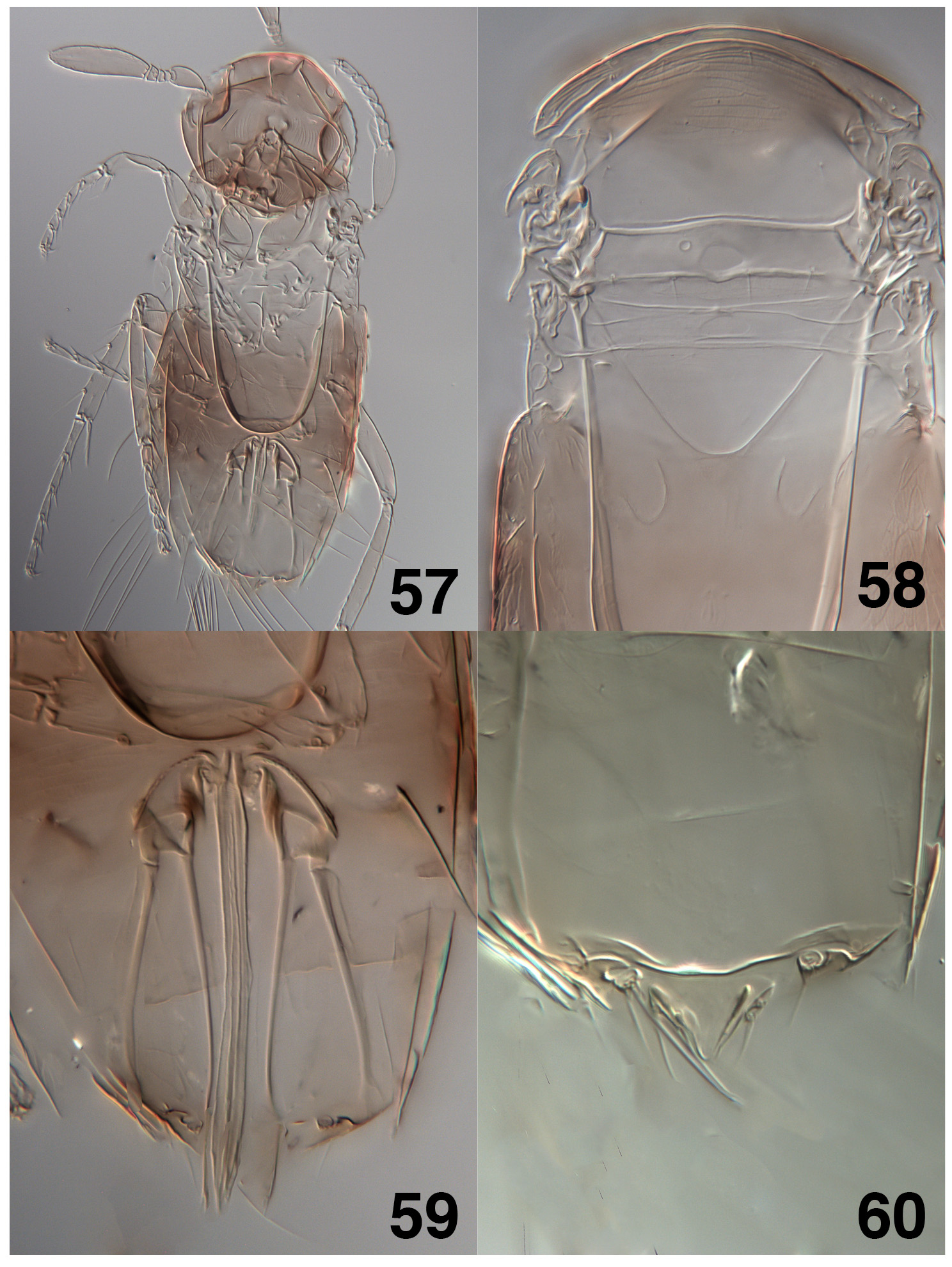