The flavopalliata group includes the type species of Signiphora , S. flavopalliata Ashmead , plus 24 other species, 13 of which are new and described here. The flavopalliata species group, as defined by Woolley (1988), includes most of the smallest (~ 0.5–1mm) species in Signiphora . Specimens often present coloration varying from pale yellow to brown. Besides size, specimens of the flavopalliata group can be distinguished from other Signiphora by the fore wing with long marginal fringe (as long as or longer than the maximum width of the wing) and submarginal vein with one seta, hind wing parallel-sided (e.g. Fig. 7 View FIGURES 5 – 10 ) also with very long marginal fringe setae, and male genitalia lacking medial denticles on the digitus.

Some species of the flavopalliata group are cosmopolitan, but as with other Signiphora , the greatest diversity occurs in the New World. They are among the most commonly collected Signiphoridae , and are arguably the species with most importance in biological and natural control of Hemipteran pests ( Woolley 1990). Specimens are often encountered as either primary parasitoids or hyperparasitoids in biological control programs, particularly those targeting armored scales and whitefly pests ( Woolley 1990; Woolley & Hanson 2006). Much of the material in some of the larger collections of Signiphoridae , such as USNM, UCR, FSCA, and TAMU, was collected in association with applied research on Hemipteran pests. Other large collections such as the one at BMNH and CNC are mixtures of material collected in association with applied programs and material collected for biodiversity research.

Unfortunately, species in the flavopalliata group are also among the most difficult Signiphoridae to identify. Due to the subtle nature of many of the features used for species identification and diagnosis, a series of wellprepared slide-mounts is an absolute requirement for confident identifications. If male specimens are available, these must be slide-mounted as well, since males provide several additional characters for study.

The species in the flavopalliata group fall into three informal groups based on patterns of body coloration and wing setation. One group has predominantly brown coloration on the mesosoma and metasoma, seta Ml and sometimes seta M2 missing from the fore wing marginal vein, and short ovipositor sheaths. As far as is known, these species are primary parasitoids of Diaspididae ( Hemiptera ) ( Woolley 1990). A second group has predominantly brown body coloration, with a varying amount of yellow or tan color on the mesosoma, and a discal seta present in the fore wing. Most of these species are primary or secondary parasitoids of Diaspididae or Aleyrodidae ( Hemiptera ), although Signiphora tridentata n. sp., is apparently a parasitoid of the eggs of Hemiptera . A third subgroup is characterized by predominantly yellow or yellow and brown body coloration, fore wing discal seta absent, fore wing marginal vein with seta Ml present or absent and seta M2 present, and longer ovipositor sheaths. These species are hyperparasitoids of Aleyrodidae or primary parasitoids (and possibly hyperparasitoids) of Diaspididae ( Woolley 1990) . Whether these three groups represent natural units (monophyletic clades) is a question that may be answered with further phylogenetic studies.

In the present work, we revise the world species of the flavopalliata group of Signiphora . Much of this work was started as part of the dissertation research of JBW ( Woolley 1983), but it has been expanded to include several additional new species and numerous new records. 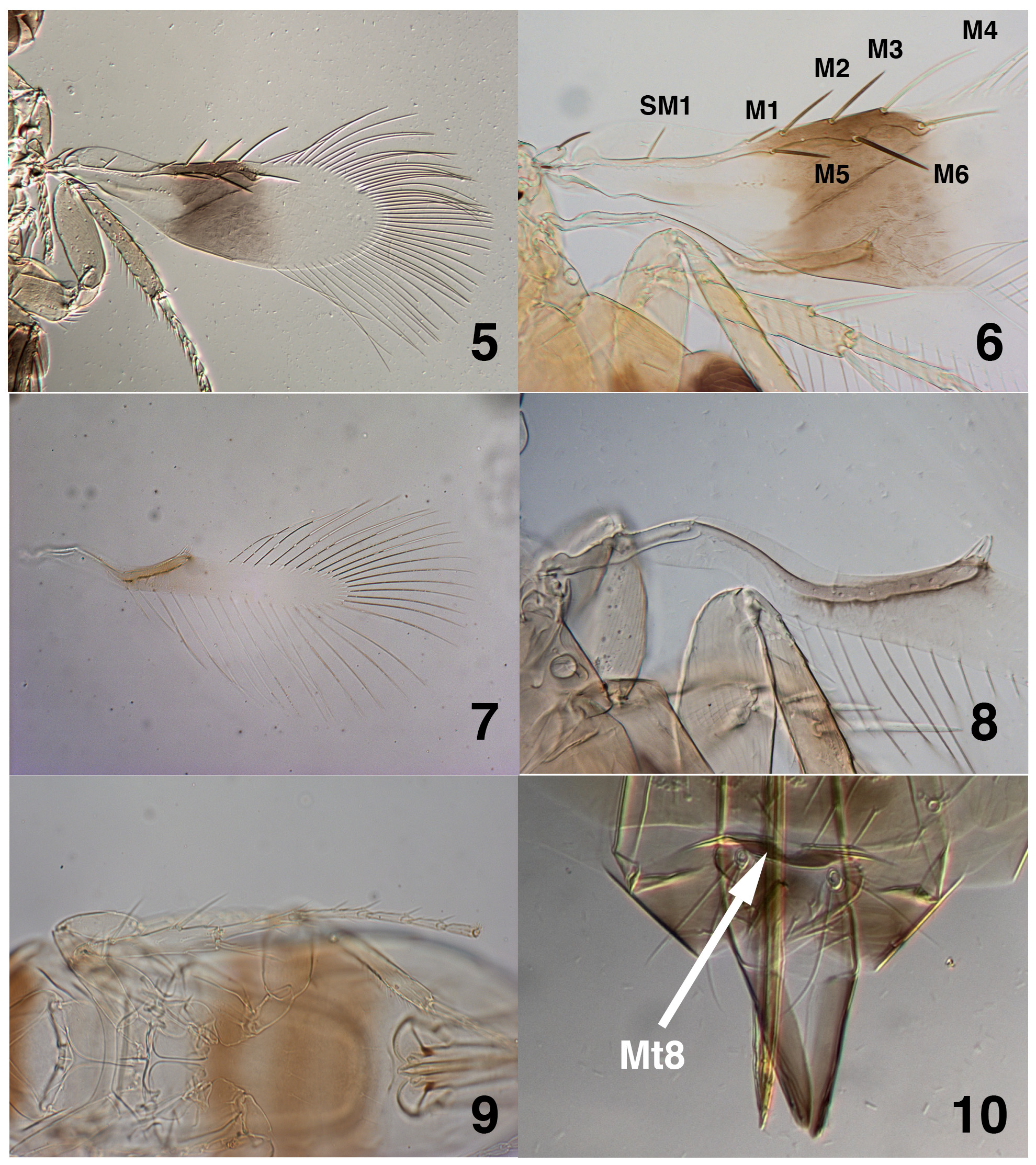