Etymology. Named for the imperfect state of the genital field of both the holotype and the paratype.

The male of the new species co-occurred with A. neogeometricus   n. sp., which has also four pairs of acetabula. However, the palp of the paratype male is similar to palp of the holotype of A. imperfectus   , with a rounded anteroventral extension (although smaller than in the female), and is therefore assigned to that species. 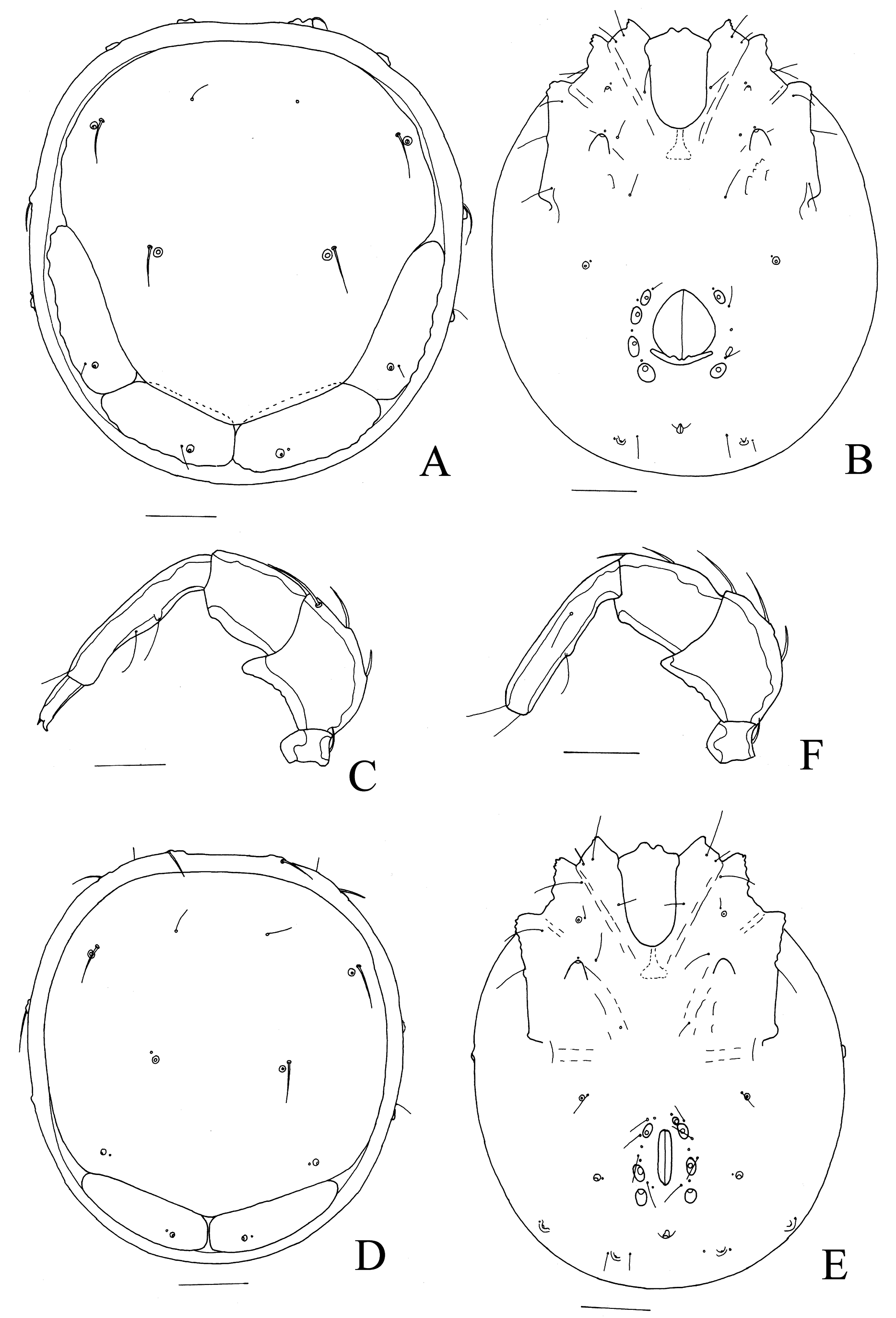