This species was described from Chile, where it was reported as damaging cultivated Ficus carica   in the northern part of the country ( Moulton 1930). As discussed above, it was presumably introduced to the New World together with its host plant, and the species is here distinguished from P. mori   with which it had been synonymized. The most reliable diagnostic character states are the lengths of the maxillary palps and hind tarsi, these structures being considerably longer in the specimens of stuardoi   than in the available specimens of mori   . Moreover, the number of setae on the first vein is higher in females of stuardoi   than in those of mori   , although males have fewer of these setae. The inner pair of pronotal posteroangular setae (S3) are not constant in length in stuardoi   but generally are considerably longer than in mori   . The specimens identified as P. mori   from UAE by zur Strassen & van Harten (2008) are possibly stuardoi   , based on the characters considered her, and records of P. mori   from Turkey and Mediterranean countries also need further investigation.

Comments. This species is readily distinguished from P. mori   by the length of the mouth cone and maxillary palps, the larger number of setae on the fore wing first vein, the more elongate hind tarsi, and the presence of 18–20 pigmented facets on each compound eye (in contrast to 6 pigmented facets in mori   ). 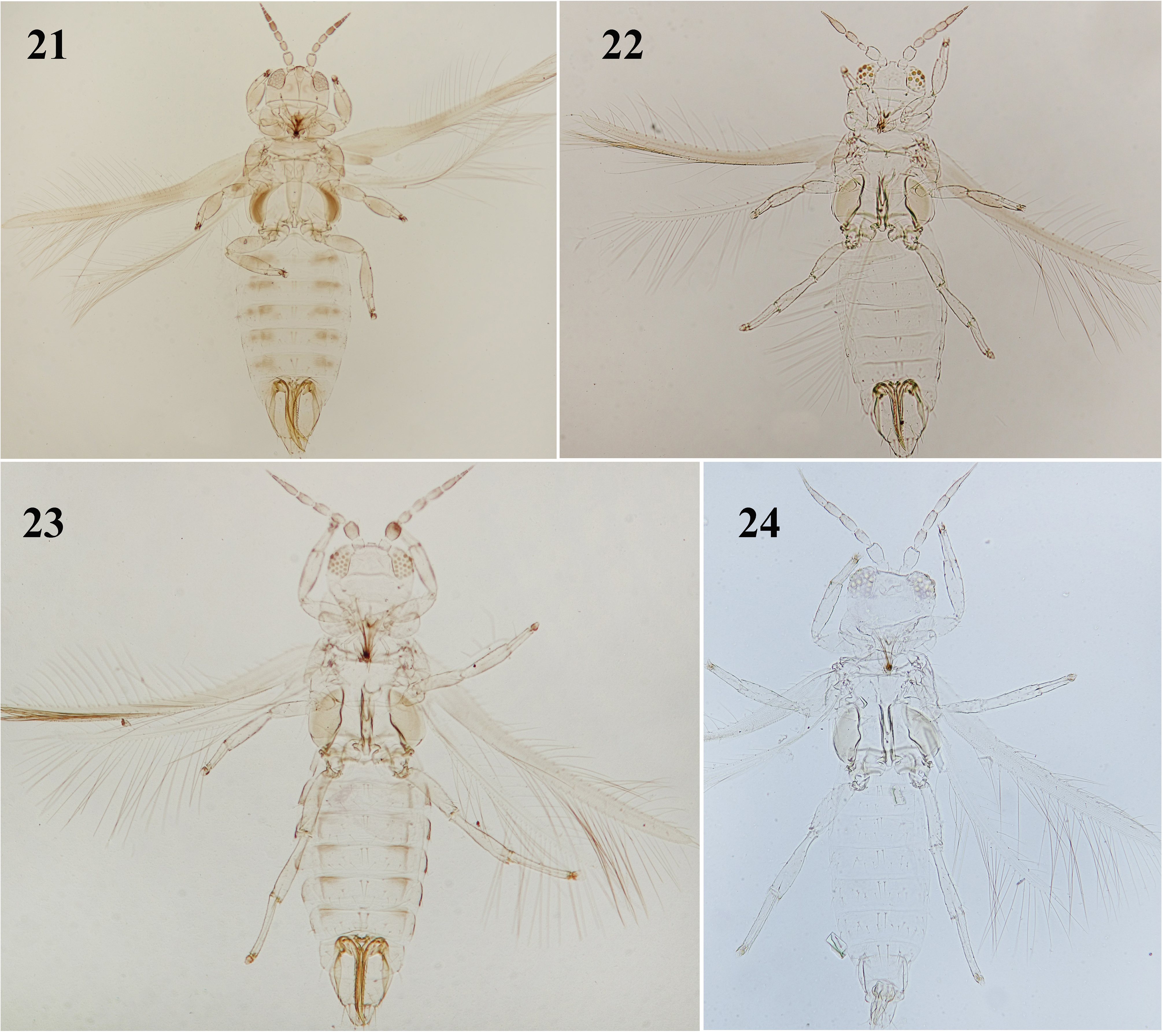