Diagnosis: This new species is similar to N. cavaleriei   in having distal suprategular apophysis with hookshaped tip of dorsal arm and membranous ventral tip, spiral terminal apophysis, but can be distinguished from the latter by the paracymbium without apical appendage, the distal suprategular apophysis straight distally and the terminal apophysis with four and a half coils ( Figs 15 View FIGURE 15 A–C, 15E–F, 16, 42, 43B–G). 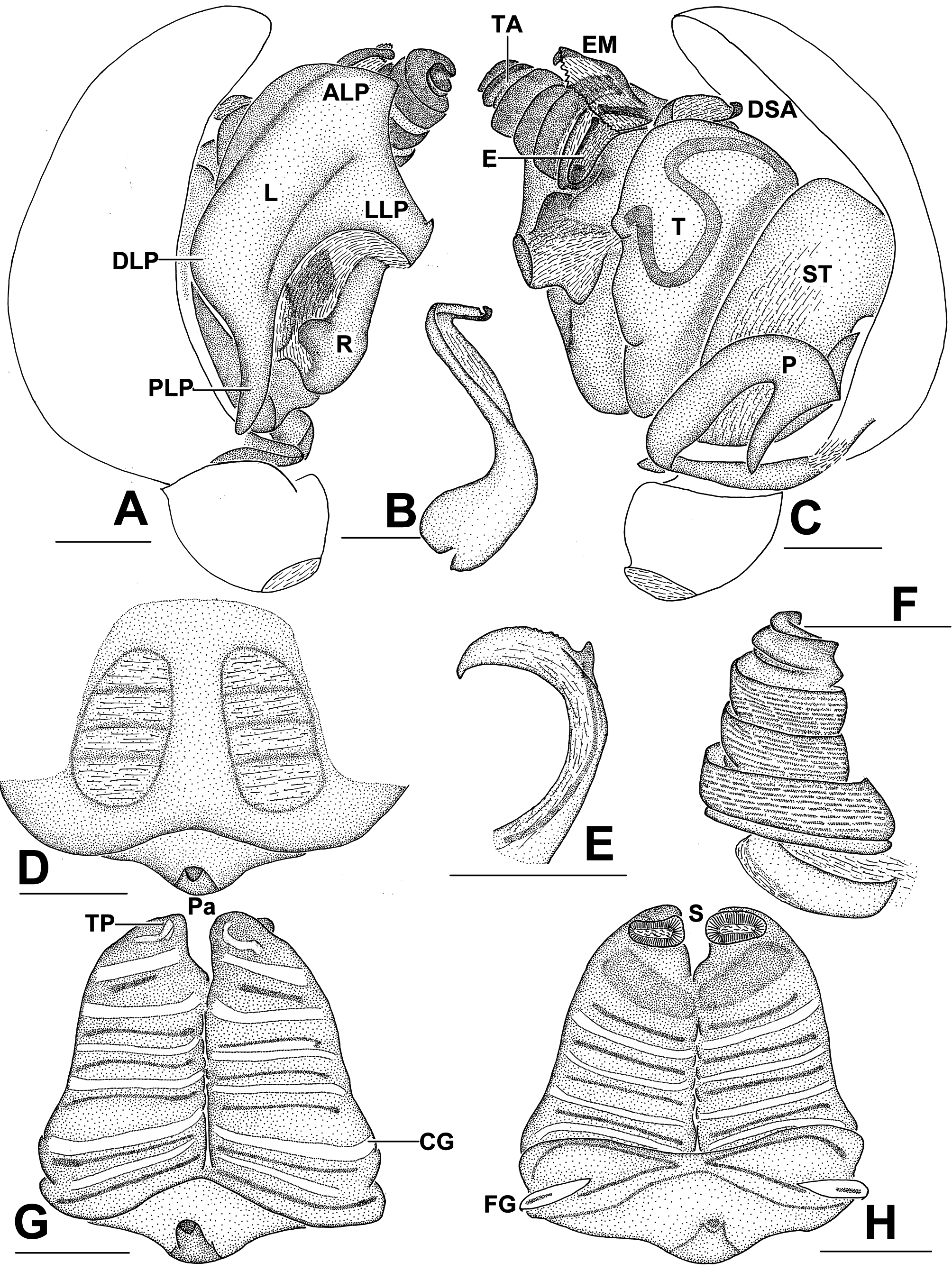 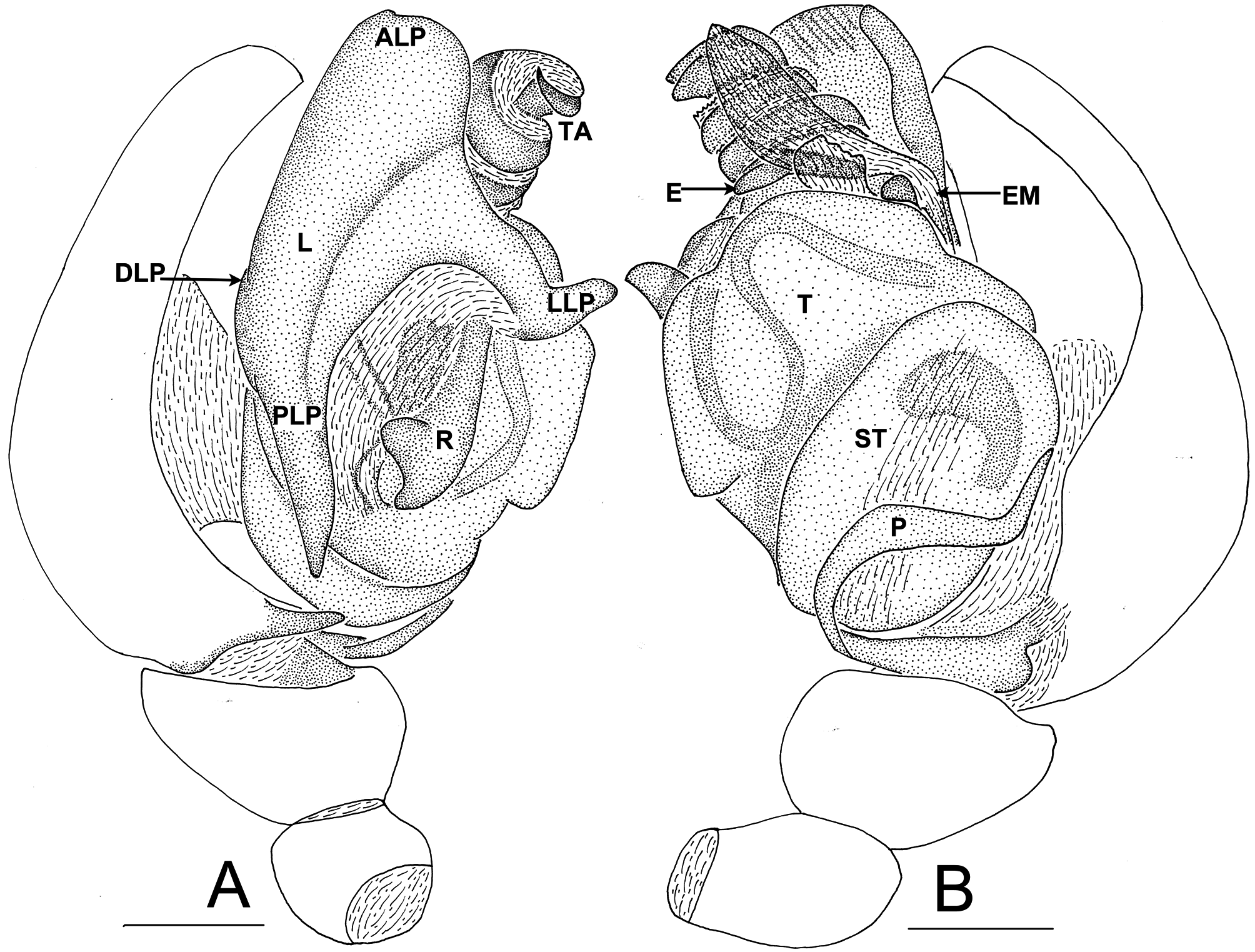