Sokolov, Igor M., 2016, A taxonomic review of the anilline genus Zeanillus Jeannel (Coleoptera: Carabidae: Bembidiini) of New Zealand, with descriptions of seven new species, re-classification of the species, and notes on their biogeography and evolution, Zootaxa 4196 (1), pp. 1-37: 28-29

Specific epithet. The specific epithet honors the surname of Richard A.B. Leschen, coleopterist of Landcare Research and Curator of the New Zealand Arthropod Collection, who loaned the specimens of Anillina under his care for this study.

Recognition. Adults of this species ( Fig. 11View FIGURE 11 H) are distinguished from other congeners by the characters listed in the species key.

Geographical distribution. This species is known from several localities in the Waikaia Forest at the upper course of the Waikaia River of Southland ( Fig. 18View FIGURE 18 B, red triangles).

Way of life. Specimens were collected from soil in a beech ( Nothofagus  ) forest.

Relationships. Males of this species are distinct from those of other members of subgenus in the structure of the median lobe. Hypertrophy of the apex of male median lobe and great increase in the size of spermatheca are shared with members of Z. carltoni  . Males of Z. lescheni  are also similar to those of the interior Z. montivagus  and coastal Z. brouni  in the shape of round sclerite.. Based on the latter similarity, I suggest that Z. lescheni  shares a common ancestry with the latter two species. 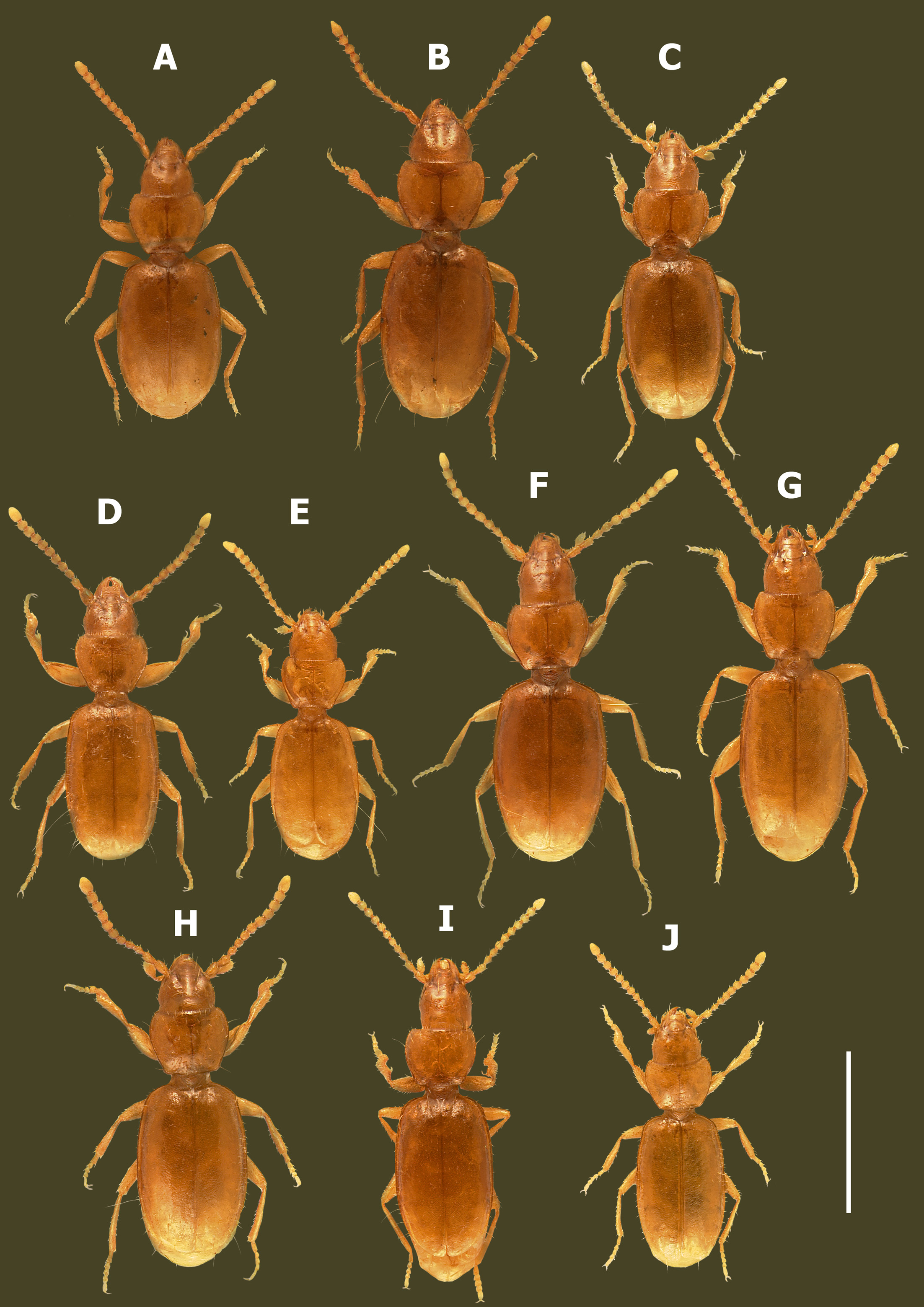 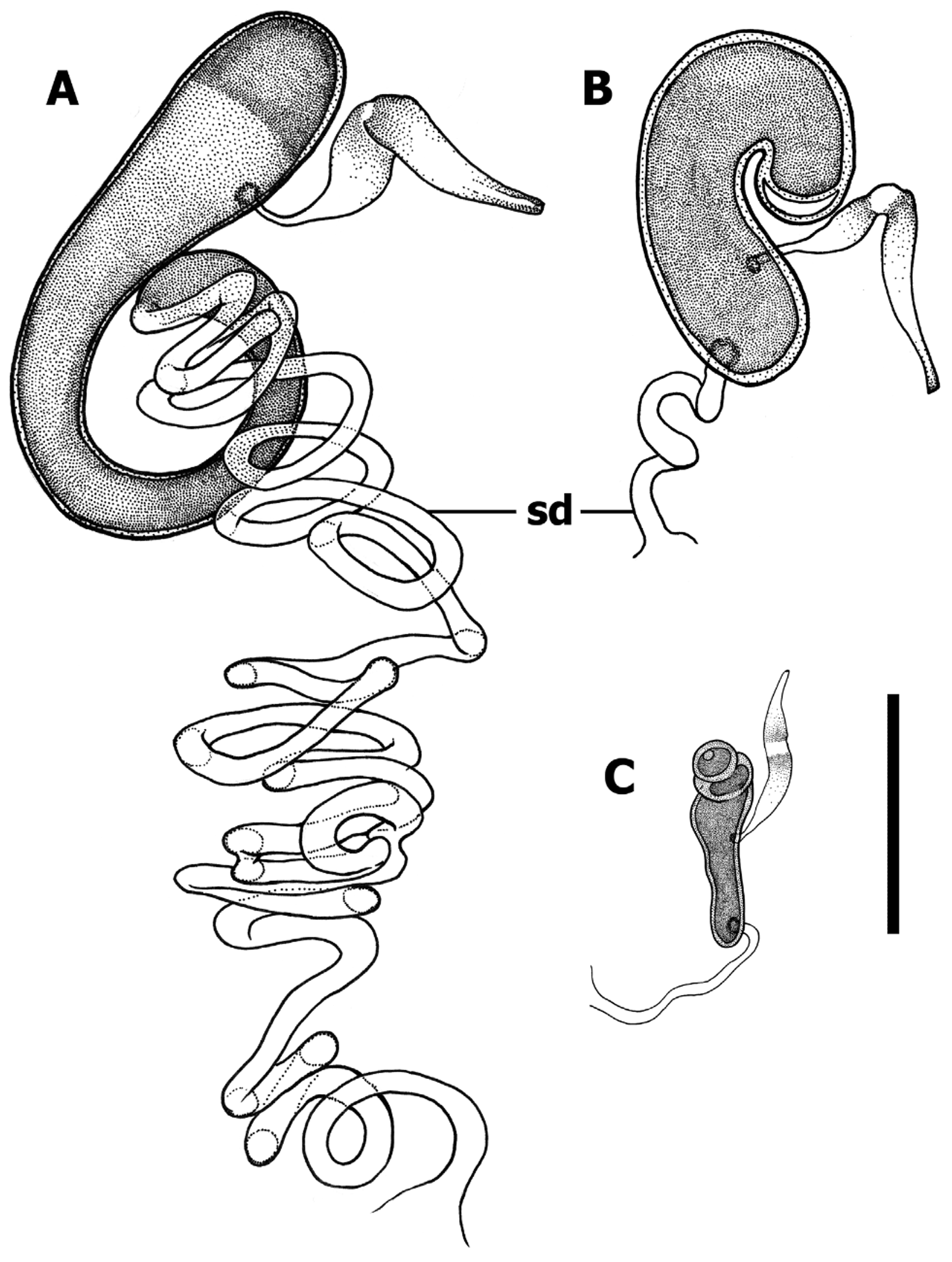