Distribution. Western Pacific, on the eastern coast of Australia, and the Philippines. Depth: 189–1150 m.

As documented by Lemaitre (1996), the shape of the dactyl of the fourth pereopod is sexually dimorphic in Oncopagurus cidaris   , with females having distinctly longer dactyls and more strongly curved (hook-like) than in males.

Remarks. This species and three other congeners, Oncopagurus minutus   , and two new species, O. elongatus   and O. petilus   , have reduced or subconical corneas. In O. conicus   , the corneas typically are slender or acute distally and often terminate sharply ( Fig. 10K, L View Fig ), whereas in O. minutus   , O. elongatus   , new species, and O. petilus   , new species, the corneas are rounded distally ( Figs. 20B View Fig , 27B View Fig , 31A View Fig ). Oncopagurus conicus   can be readily differentiated from those three species and all others in the genus, by the symmetrical (or nearly so) uropods and telson. Also, in O. conicus   the right chela is not operculate, with the lateral face rounded or at most with a weakly defined dorsolateral margin; whereas in the other three species the chela is operculate, with a lateral face sharply defined by a row of spines. 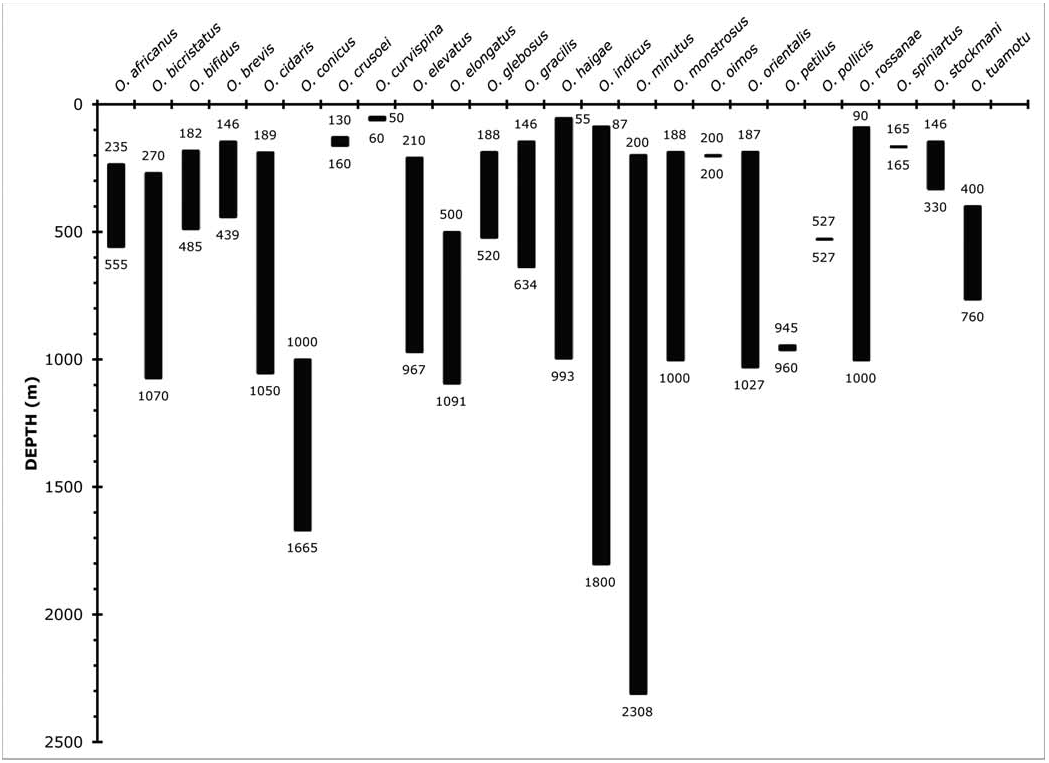