Ocular peduncles ( Fig. 31A View Fig ) more than half length of shield, decreasing in width distally; with longitudinal row of long setae dorsally. Cornea not dilated, about as wide as distal width of peduncle. Ocular acicles subtriangular, each terminating in strong spine; separated basally by about basal width of 1 acicle.

Distribution. So far known only from the eastern Pacific, off Ecuador. Depth: 945– 960 m.

Remarks. The shape and relative length of the ocular peduncles, reduced corneas and long acicles exceeding the distal margins of the corneas of this new species, are reminiscent of Parapagurus species.   In those features it is unique among Oncopagurus species.   Although three other species ( O. minutus   , O. conicus   , and O. elongatus   , new species) also have reduced or subconical corneas, none have as long antennal acicles as O. petilus   , new species, a character that makes this new species distinct from other congeners distributed in the eastern Pacific.

Etymology. The specific name, from the Latin, petilus   , thin, makes reference to the relatively thin or slender right cheliped. 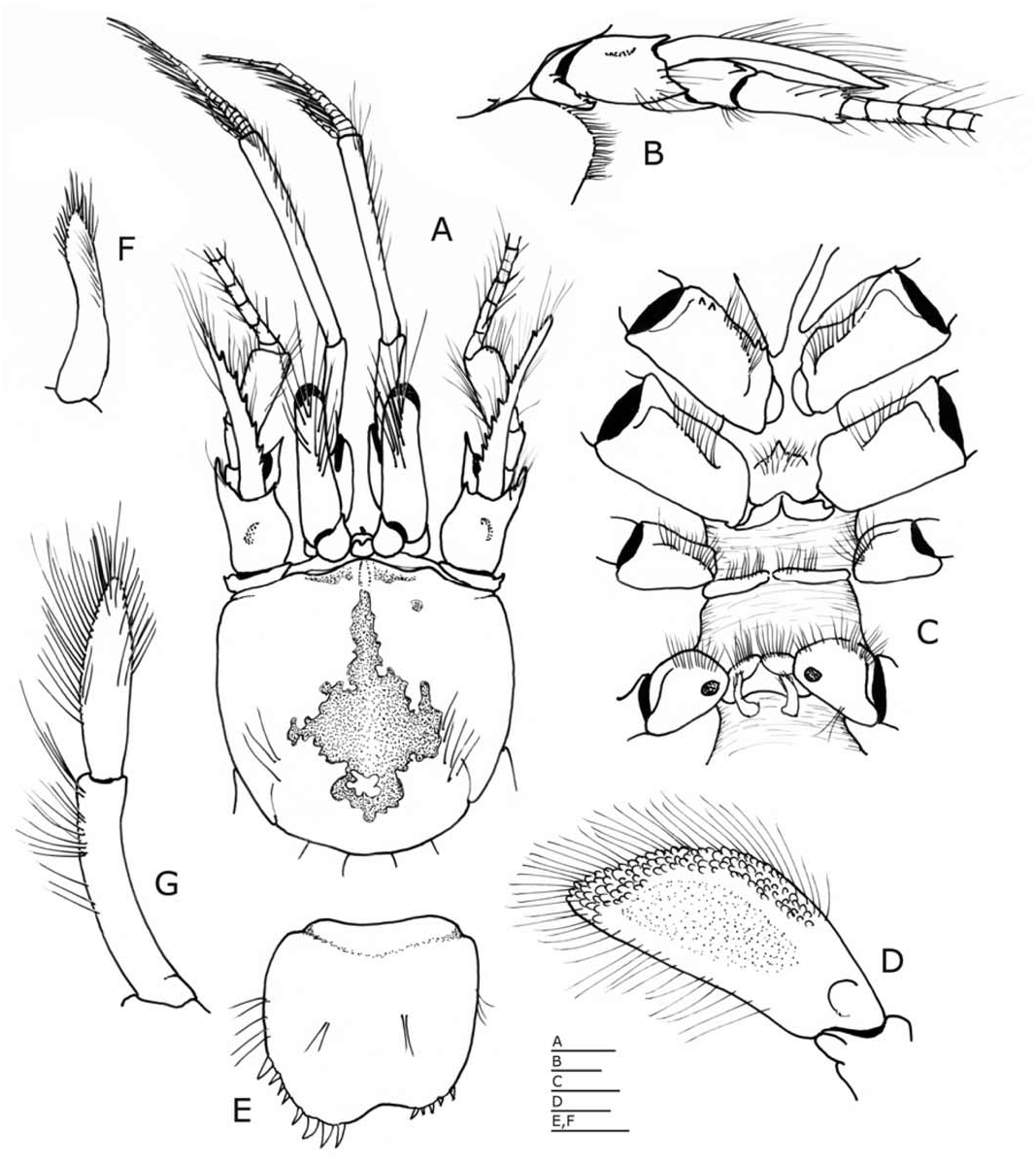 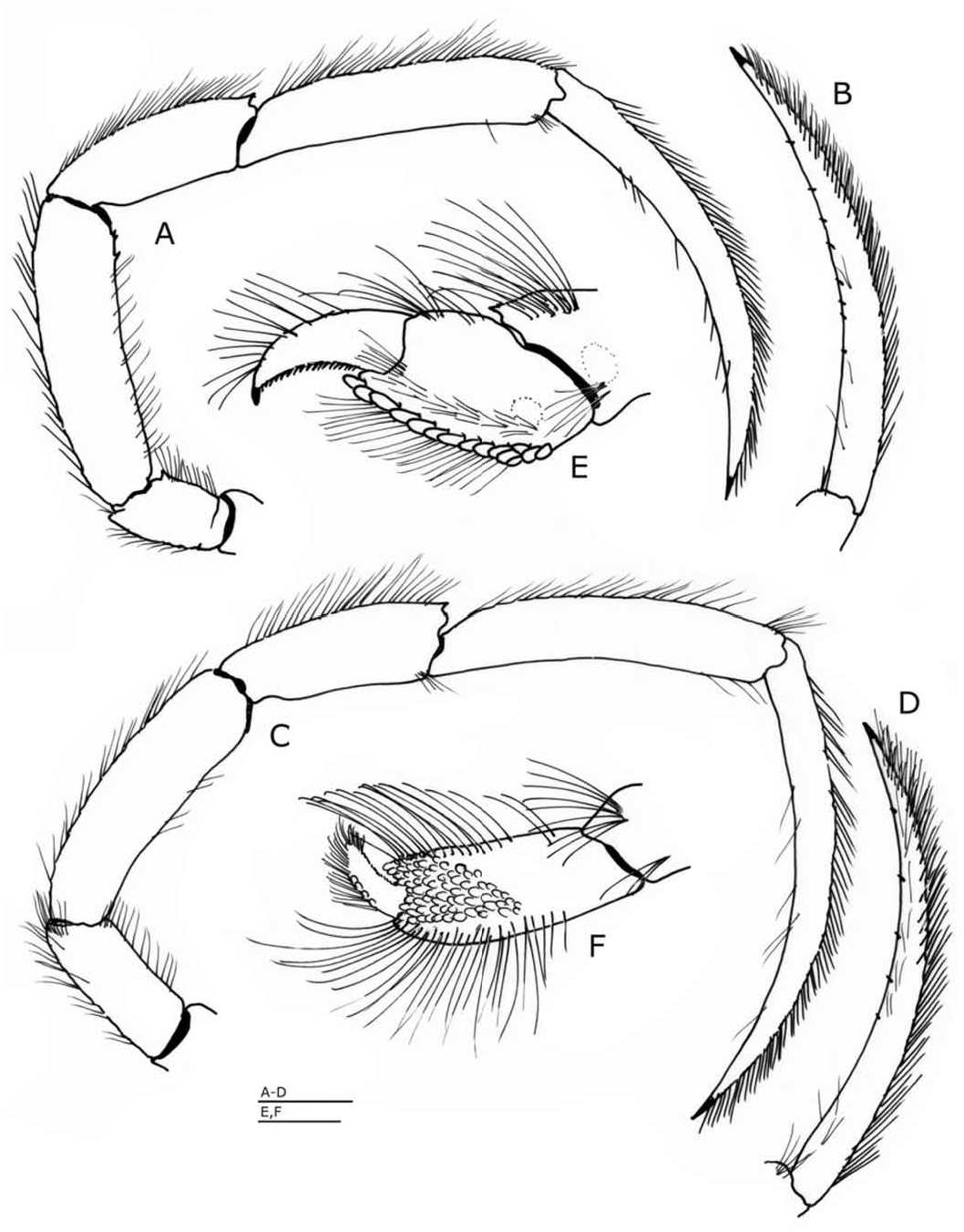