The number of pairs of notopodia presents little variation. Except for paratype 9, which has notopodia extending until segment 19, and paratype 6, which has notopodia until segment 21 on the right side of the body and 20 on the left side, all other specimens have notopodia on segments 4–20 ( Table 3). However, paratype 9 is also much smaller than the other specimens ( Table 3) and is possibly a juvenile, since it also has genital papillae distinctly smaller than on most paratypes.

In regards to the species of Nicolea   occurring in the Caribbean region, Salazar-Vallejo (1996) listed two species occurring in that area, N. cetrata ( Ehlers, 1887)   , which was described from Key West, Florida, USA, and N. modesta Verrill, 1900   , described from Bermuda. However, the study of the holotype of N. cetrata   demonstrated that it has lobes on anterior segments, broadly-winged notochaetae and long-handled uncini on anterior segments, which is not in agreement with the diagnosis of Nicolea   , but with Pista   , as correctly noticed by Londoño-Mesa (2009). Therefore, this species is discussed below, as P.cetrata   .

On the other hand, N. modesta   was considered by Holthe (1986) as indeterminable and its original description states that it has notopodia from segment 3 and neuropodia from segment 4 ( Verrill 1900). If this is correct, the species must also be allocated to a different genus, still undescribed, as noted by Nogueira (2008).

Etymology. We dedicate this species to Dr Cecília Amaral, from Universidade Estadual de Campinas – UNICAMP, for her great contribution to the knowledge of Brazilian marine invertebrates. Dr Amaral has been the coordinator of most projects which have investigated invertebrate biodiversity in Brazil in recent years, being responsible for a great increase on the knowledge of the Brazilian fauna of polychaetes and other groups of invertebrates. 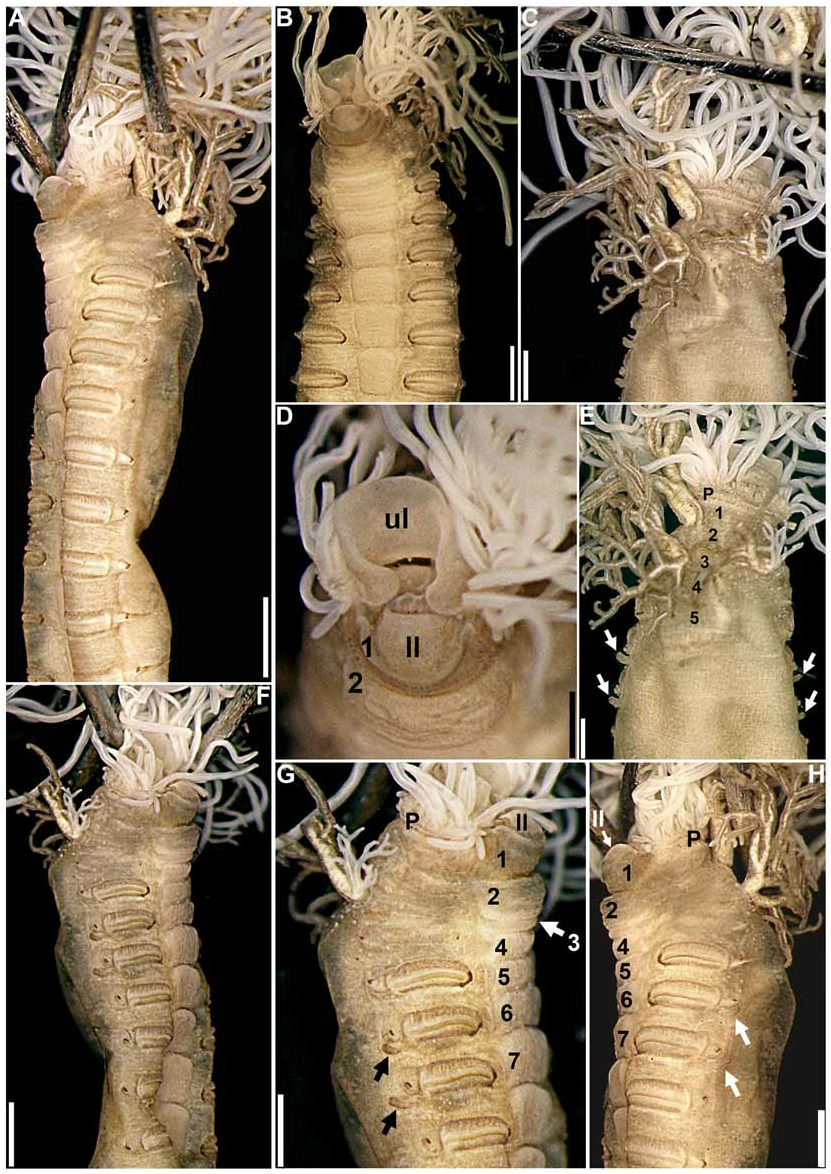