Diagnosis. A small species (SVL in largest male 39.0 mm, largest female 38.0 mm) of the genus Anolis (sensu Poe 2004)   that differs from all Mexican and Central American anoles except A. nebuloides   , A. nietoi   , A. stevepoei   , and A. zapotecorum   by having a combination of (1) strongly keeled ventral scales; (2) usually a patch of three greatly enlarged supraocular scales; (3) 10–12 rows of greatly enlarged dorsal scales that are larger than ventral scales; (4) short hind legs, longest toe of adpressed hind leg usually reaching to posterior margin of eye, occasionally to a point between levels of ear opening and eye or to mideye (to ear opening in single female), ratio shank length/SVL 0.22–0.28; (5) circumnasal usually in contact with first supralabial; and (6) a large pinkish red dewlap in males and a very small pink dewlap in females ( Fig. 41 View FIGURE 41 ). Anolis megapholidotus   differs from A. stevepoei   , and A. zapotecorum   by having (1) a rather abrupt transition between the enlarged dorsal scales and lateral body scales (vs. a more gradual transition over 3 to 4 scales); (2) the edges of the field of enlarged dorsal scale rows well defined and in a more or less straight line (vs. the edges of this field forming an undulating line due to single enlarged scales or groups thereof outside the main field) (3) and by having a more reddish male dewlap (vs. pink). Anolis megapholidotus   differs from A. nebuloides   and A. nietoi   in the ranges and average values of several morphometric and pholidotic characters, most obvious in (1) number of middorsal scales in one head length; and (2) number of subdigital lamellae on Phalanges II–IV of Toe IV (see Table 8 View Table 8 ).

Natural History Notes: The few subadult individuals we encountered were found while the lizards were active on the ground during daytime and sleeping on low vegetation (shrubs at 0.2–0.5 m above the ground) at night. The habitat near Agua de Obispo is mostly disturbed dry and shrub forest in the valleys and pine-oak forest at higher elevations.

Geographic Distribution and Conservation. As currently known, Anolis megapholidotus   is restricted to the Pacific versant of Sierra Madre del Sur in the south-central portion of the Mexican State of Guerrero at elevations between 960 and 1045 masl ( Fig. 40 View FIGURE 40 ). Given its presumably small geographic range, degraded habitat, and threat from deforestation, it seems justified to classify A. megapholidotus   as Critically Endangered based on criterion B1ab(iii) of the IUCN Red List Categories and Criteria ( IUCN 2012). 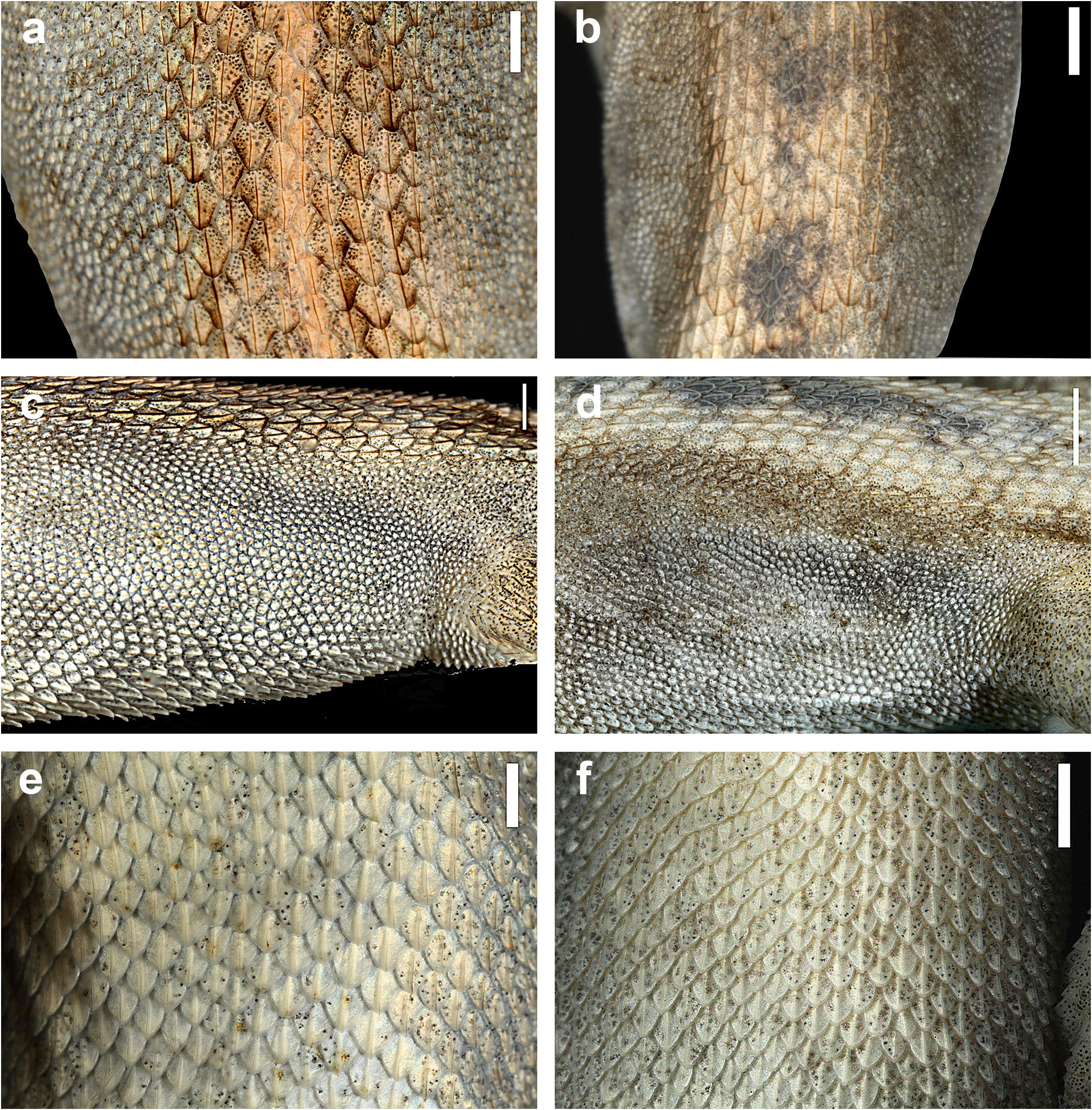