Despite the subfamily not having many occurrences in Neotropical region, the genus is almost exclusive to this region ( Maldonado Capriles 1990). In Brazil, the distribution of most species found in caves overlaps, with rare exceptions like the case of Z. festivus  , restricted to the Amazon region ( Fig. 23View FIGURE 23). However, despite the widespread occurrences of most species, we can highlight the state of Minas Gerais as an area of great overlap, being the habitat of 8 cave dwelling species. The lithological diversity of this region associated with the presence of two major biomes (Atlantic Forest and Cerrado – Brazilian savanah) may make up the determining factors for this high species richness. Most species have a distribution concentrated in the southeast-south axis, with the exception of Z. festivus  . Another fact worth mentioning is the preferred distribution of species in forest biomes (Atlantic Forest and Amazon), with rare exceptions occurring in the Cerrado and Caatinga. In addition, the habit of taking shelter in caves may possibly have been intensified by the fragmentation of external habitats. As the species found in caves seems to prefer forest habitats (more humid and shaded), considering the data from specimens in Brazilian collections, which indicates that Zelurus  species have been found only in forest environments, an expected fragmentation effect would be the refuge of these species in damp, dark habitats, such as caves. Thus, this demonstrates the need for further studies that could contribute to the knowledge about the genus, especially for cave-dwelling species. 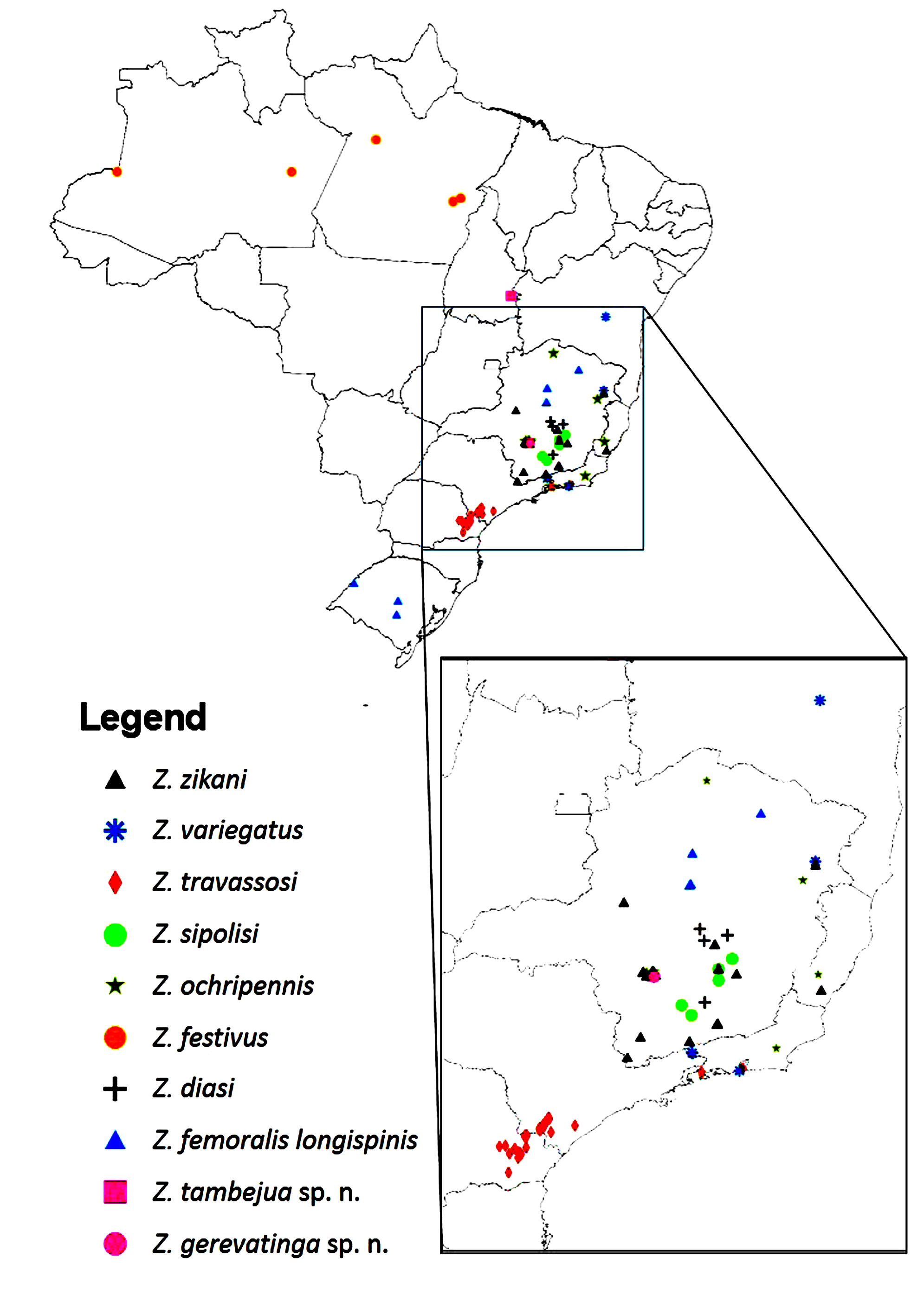