ETYMOLOGY: The specific epithet is derived from the Greek words mikros (meaning ‘‘little’’ or ‘‘small’’) and presbytrion (meaning ‘‘an assemblage of elders’’). The name is feminine.

COMMENTS: The extensive lobular expansion of the upper part of the lateral occipital carina and massively expanded ventrolateral carina of the mesopectus separate Micropresbyteria   from all other cynipoids. The longitudinally distinctly compressed head, the lack of distinct sculpture on the head and mesosoma, the short anterior pronotal flange, and the downward insertion of the meso- and metacoxae strongly indicate that the fossil belongs to the microcynipoids. The presence of an obvious dorsal pronotal area, the position of the proximal end of Rs+M close to the posterior end of the first free abscissa of M (5 basal vein), and the presence of the longitudinal carina dorsolaterally on the metatibia further suggest that the genus belongs to the family Figitidae   . Because of a lack of information for female characters, which are more crucial in cynipoid phylogeny, we only provisionally place the genus in Figitidae   .

ETYMOLOGY: The specific epithet is derived from Latin caputa (meaning ‘‘head’’) and pressus (meaning ‘‘pressed’’). The name refers to the longitudinally compressed head.

DIAGNOSIS: The subfamily is easily distinguished from all other cynipoids by the presence of a mesoscutellar cup or plate with a deep depression centrally or posteriorly. In addition, eucoiline females, except for two of the new fossil genera described below, have the second through fourth metasomal terga (5 abdominal T3–5) fused, a feature shared only with the Pycnostigminae   ( Figitidae   ) among cynipoids.

COMMENTS: The presence of the mesoscutellar plate undoubtedly supports the monophyly of the subfamily, a feature exhibited by all three of the taxa treated herein. The new genera Anteucoila   and Jerseucoila   (see below), however, lack the fusion of metasomal T2–4 and are therefore obviously basal to all other eucoilines, representing a stem group to the subfamily as it is understood based on modern taxa. However, as already noted, Anteucoila   and Jerseucoila   possess a well-developed mesoscutellar cup, indicative of their placement as eucoilines. The third genus, Syneucoila   , is a typical crown-group eucoiline and is, in fact, apparently related to the clade consisting of the Zaeucoila   generic group and the core + higher eucoilines ( Fontal-Cazalla et al., 2002; see below).

The Eucoilinae   is the most species-rich figitid subfamily, currently with about 80 genera and 1000 species. Where known, eucoilines are restricted to hosts of the cyclorrhaphan Diptera   (Ronquist, 1999, and references therein). The other Cretaceous genus, Syneucoila   (see below), is more typical of modern Eucoilinae   (yet still rather plesiomorphic for its clade), attesting to the antiquity of the lineage. 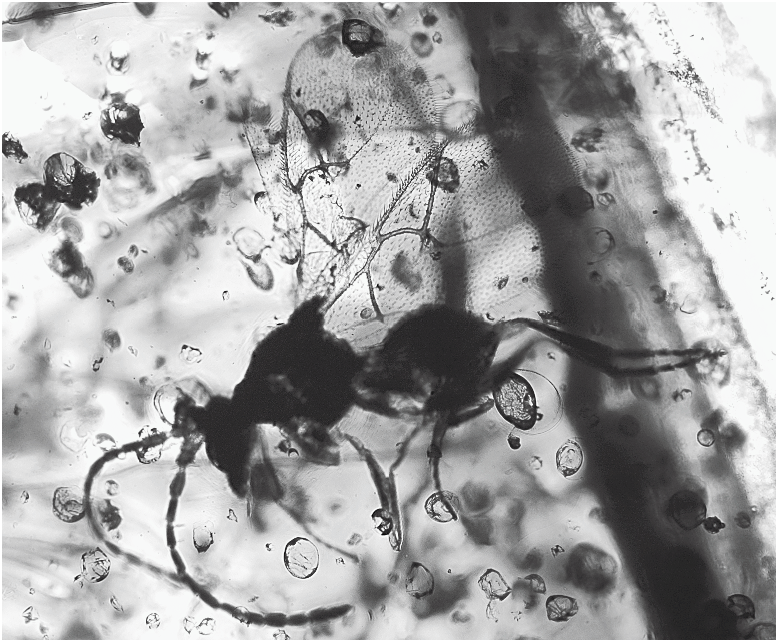 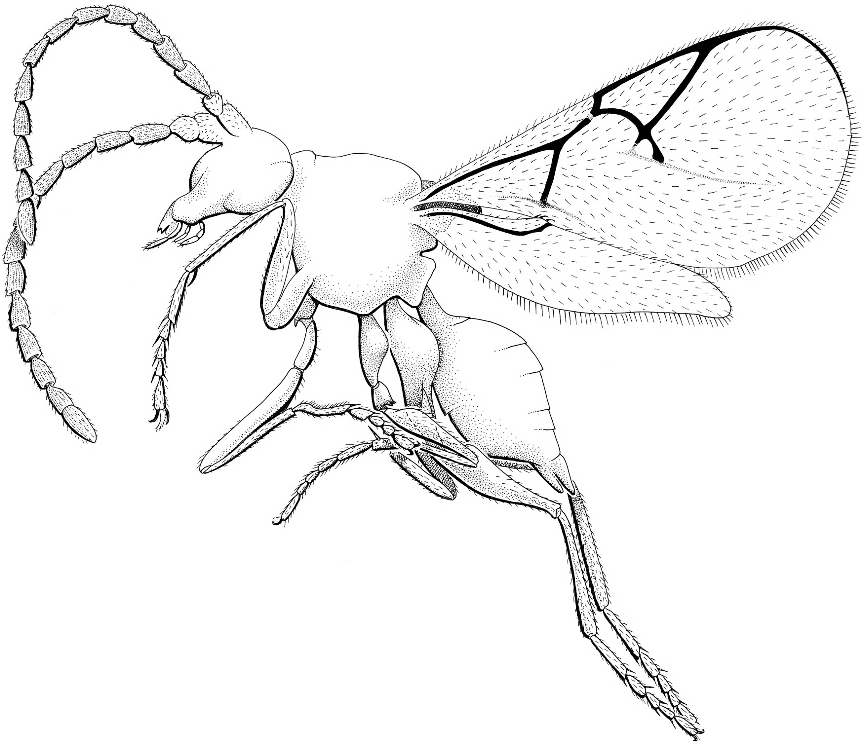