Head elongate, about 1.05–1.15 times as long as wide, rostrum pointed, about 0.60 of length of head, vertexal foveae situated close to and in level of posterior margin of eyes; temples slightly longer than eyes.

Elytra 1.50–1.60 times as long as pronotum and 0.75–0.85 times of length of the abdomen, lacking sutural striae, with two short discal carinae, internal one slightly longer, reaching anterior third of elytral length. Elytra with well-defined trichomes opposite to trichomes on keels of abdomen.

Etymology. Named after Paweł Jałoszyński, our friend and an excellent specialist on Scydmaeninae   and the collector of the type series.

Biology. All specimens were collected in an ant colony of Plagiolepis intermedia Emery, 1895   under one stone after checking more than a hundred stones at the same place. Beetles were found on the bottom surface of the stone, but not on the soil under the stone. The colonies were on the relatively wet pasture in a valley ( Fig. 18 View FIGURES 17–18 ). 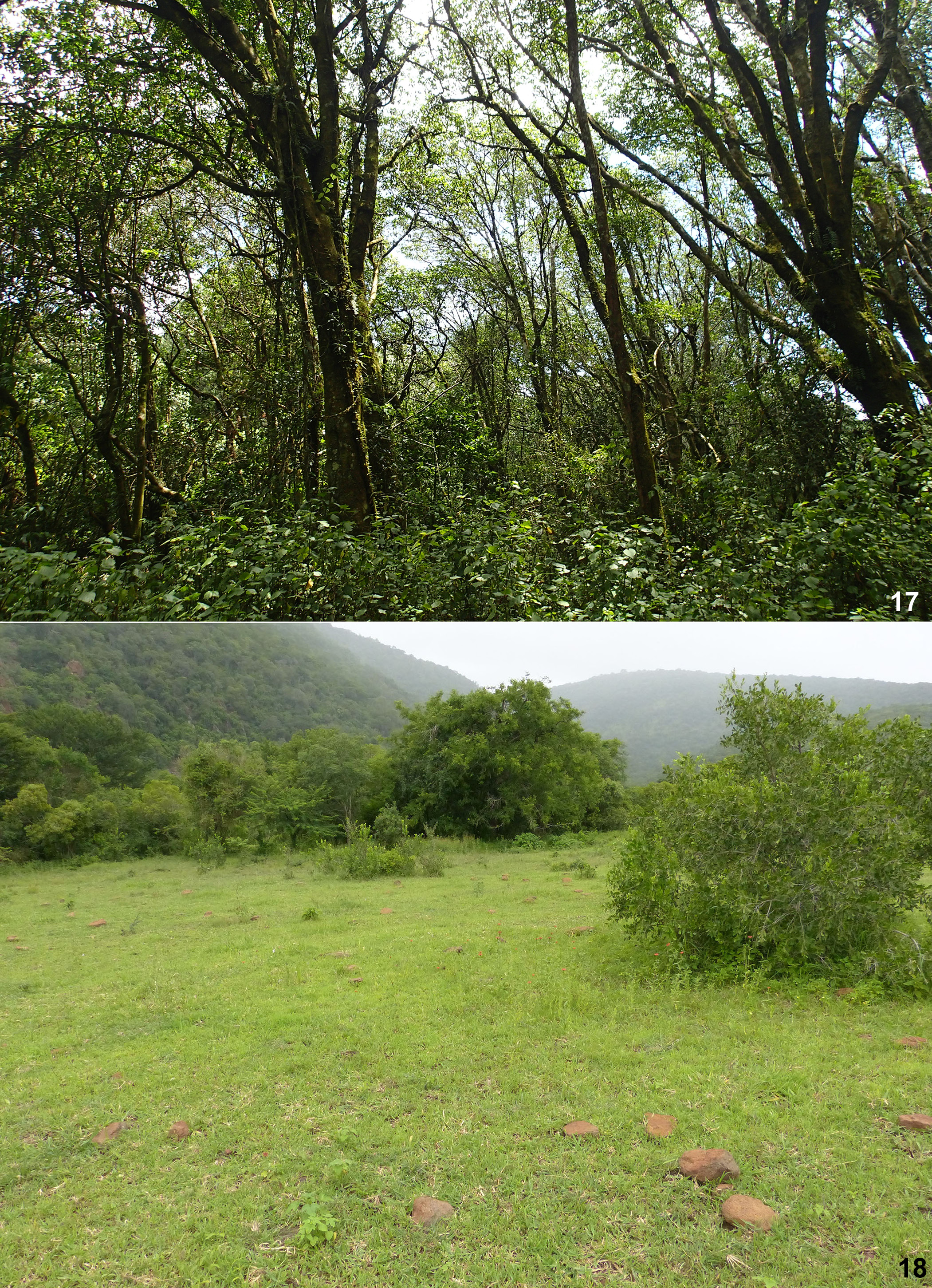