Adult female. Body about as long as wide, 0.8–0.9 mm long and 0.8 –1.0 mm wide, reniform, with pygidium projecting posteriorly beyond lobes formed by prepygidial segments of abdomen. Body membranous except for pygidium.

Antennae with single conspicuous seta, fused with antennal base.

Notes. Adult females of species of Greeniella Cockerell   are pupillarial with the adult female remaining within the previous (second) instar after the final moult. We have had no access to second-instar nymphs of this species. Greeniella calophylli   is similar to G. javanensis (Green)   and G. mesuae (Green)   in that both have many gland tubercles on the prepygidial lobes, large embryos, and a wide body. Contrasting characters for G. javanensis   and G. m e s u a e are given in parentheses. Greeniella calophylli   differs from G. javanensis   by having 3 pairs of truncate lobes (2 pairs of narrow rounded lobes) and no processes between the lobes (long processes between the lobes). Greeniella calophylli   differs from G. mesuae   by having median lobes of the same size and shape as the second and third lobes (median lobes smaller and with rounded apex) and only a single process between lobes 2 and 3 (3 or 4 processes between lobes 2 and 3).

Etymology. This species is named after the host plant genus Calophyllum   . 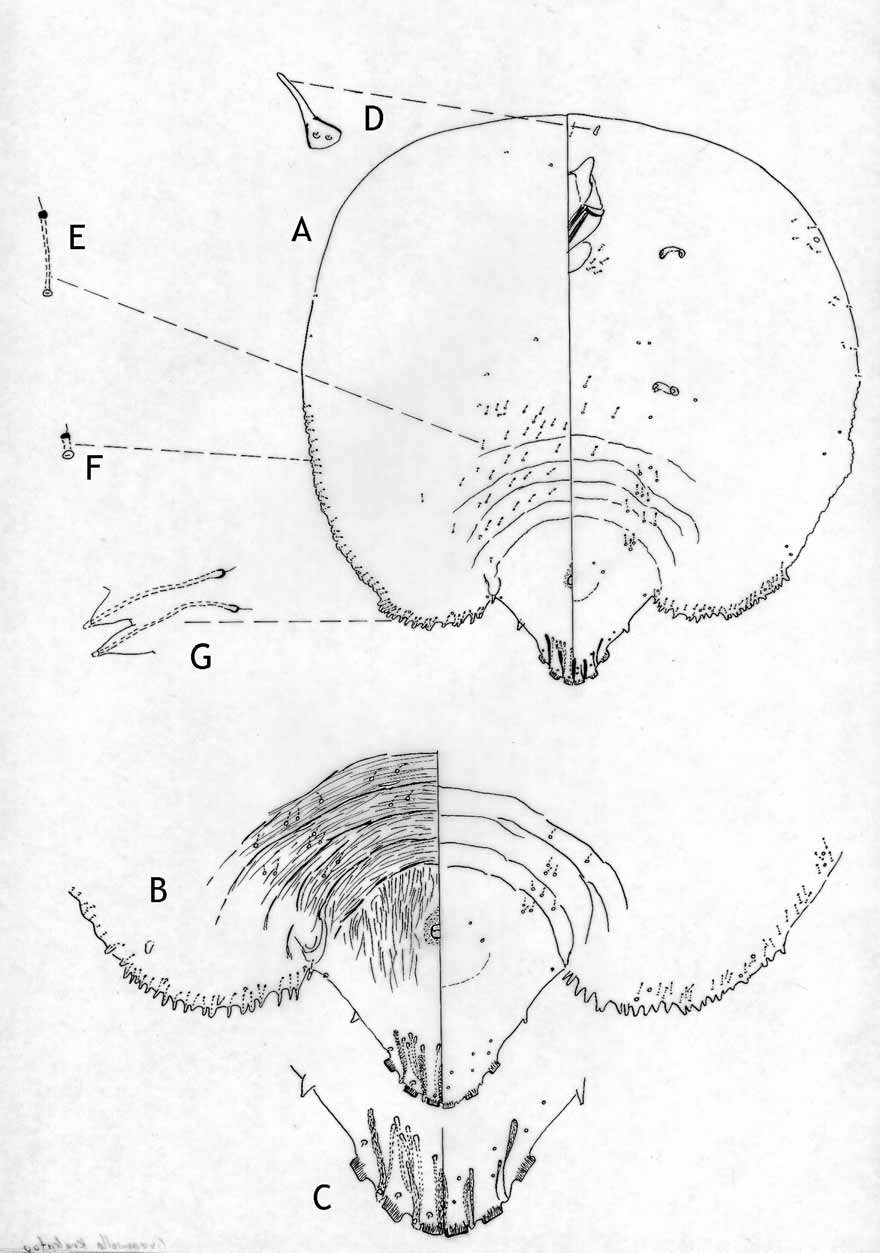