Diagnosis. Individuals of this species can be distinguished from other members of the genus by a combination of the following character states: head without median longitudinal carina; distinct dorsal pubescence; eyes not pyramidal in shape; pronotum deeply, longitudinally sulcate; frons strongly arched over eyes and with two carinae on each side ( Fig. 19 View Figure 19-21 ). Scape not as strongly produced as in other Dysmerus species   ; however, it is likely that a major male was not represented in the material studied. Male genitalia as in Fig. 41.

Type Material. A male and possibly a female mounted on the same card, were examined, in the MNHN with the following label data: “Guadeloup Dufou/Type./49/ Dasymerus sulcicollis   ty. Grouv/TYPE/Muséum Paris”. Grouvelle (1908: 56) did not state the number of specimens in the type series. To fix the identity of this species, the male, which is mounted upside down on the right hand side of the card, is here designated as the lectotype of Dysmerus sulcicollis   . 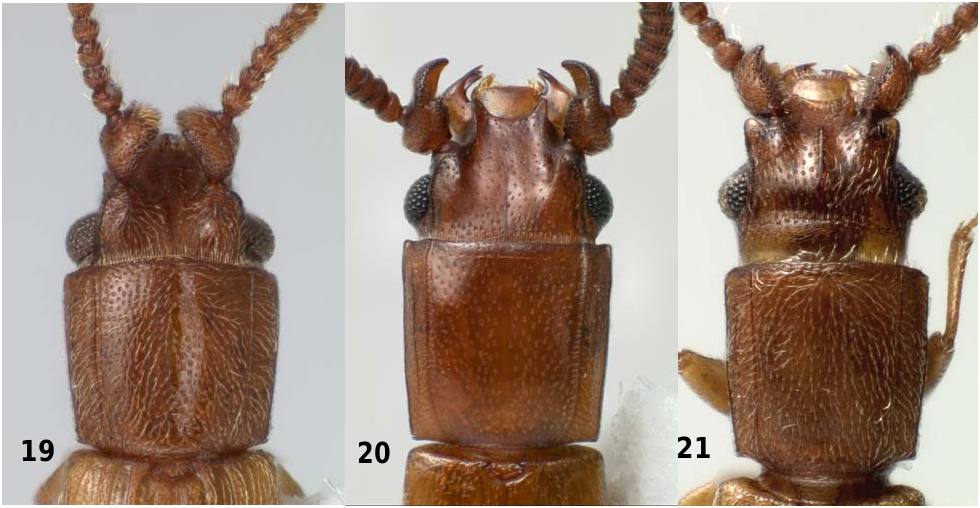