Remarks. Bispo & Froehlich (2004) noted, that “as presently understood, the species is widely distributed, its area being similar to the distribution of the genus. A careful analysis of specimens from different areas is needed to evaluate if they really belong to a single species”. Zwick (1972) examined specimens from four States, Espírito Santo, Rio de Janeiro, Santa Catarina and Rio Grande do Sul. Besides Santa Catarina, I have examined material from Minas Gerais (Serra do Cipó) São Paulo (Municipalities of Campos do Jordão, Cubatão, Iporanga, Jundiaí, Pindamonhangaba, Salesópolis and Santo André) and Goi á s (Pirenópolis). These specimens are similar in the dark body color, the structure of the male genitalia, the elliptical contour of the female subgenital plate covering part of sternum 10 and with a small apical indentation ( Fig. 1 View Figs ). Local populations differ in body length and in color, sometimes a lighter band may be present on the pronotum and the femora may be more or less bicolored. The species concept presented by Bispo and Froehlich (2004) is confirmed. A new figure of the female subgenital plate and sternum 9 is presented in Fig. 1 View Figs and of the egg ( Fig. 2 View Figs ) based on a female from the Boracéia Biological Station (Salesópolis Municipality). 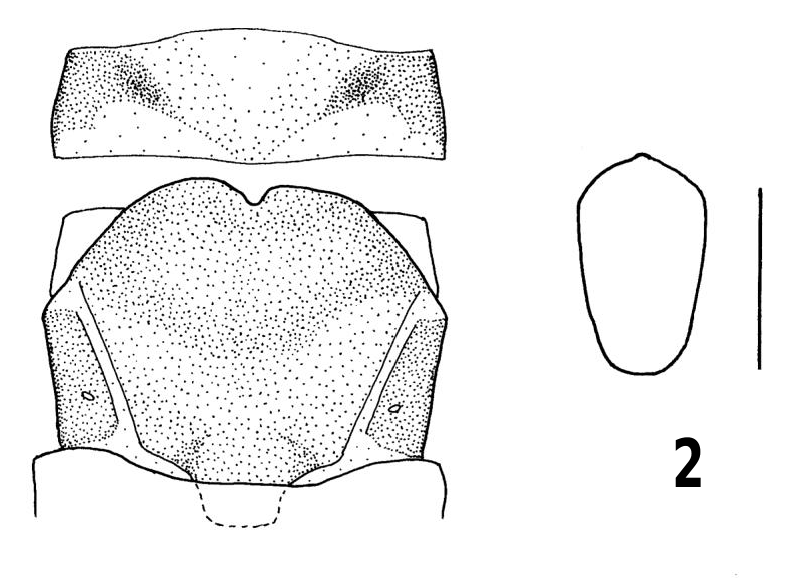