Remarks. Northwards from about a line represented by latitude 34°38'S some male specimens, though determined to be M. dereki   , exhibit variable venter patterns and rarely, four, rather than three, prominent folds on the retrolateral embolic flange of the male bulb. A consistent unifying character is the retrolateral embolic flange appearing inflated sail-like; edge markedly curved and with prominent folds.

The wandering times of mature male M. dereki   spiders from the type locality Wishart (1993) found almost all were collected during April to June of each year. This correlates approximately to the February-June period for the, albeit undisciplined, collection of 68 specimens from areas not included in the type locality, in particular the region north of latitude 34°38'S.

Typifying the variations of the venter pattern ( Fig. 1H–L View Fig ) are five male spiders all collected from the same in-ground home swimming pool during April, 1988. Consistent conformation of the palps and bulbs in these specimens supports these spiders being conspecific with M. dereki   , yet the venter patterns are variable. It appears that there is a southern group within the species M. dereki   whch exhibit consistent venter patterns and a northern group with inconsistent venter patterns. This is accepted as a natural genetic variation within this species which is fixed in most other Misgolas species. 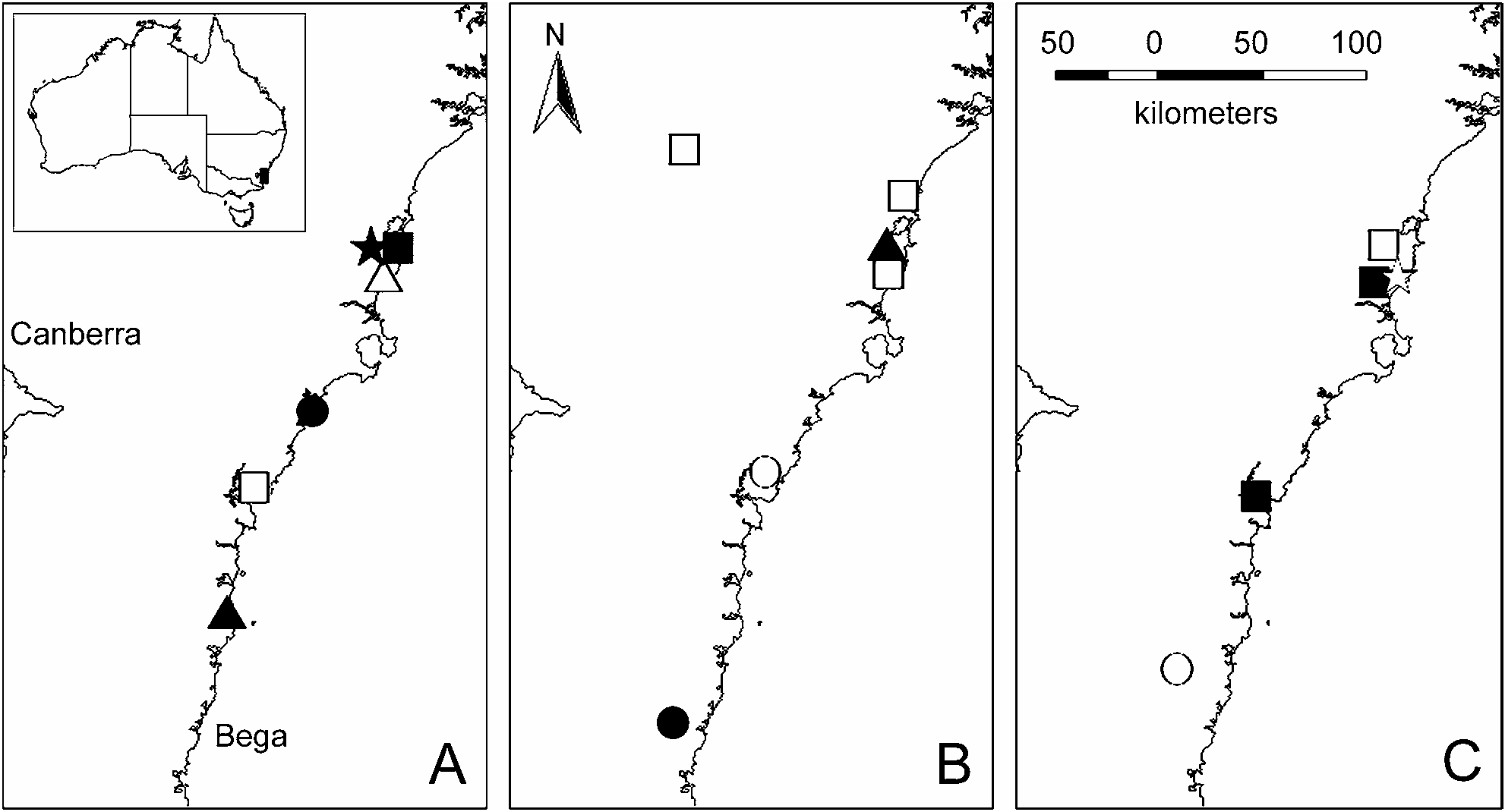