Moghaddam, Masumeh, 2013, A review of the mealybugs (Hemiptera: Coccoidea: Pseudococcidae, Putoidae and Rhizoecidae) of Iran, with descriptions of four new species and three new records for the Iranian fauna, Zootaxa 3632 (1), pp. 1-107 : 26-28

COMMENTS. F. v i rg a t a has a wide distribution on various host plants. Williams (2004) listed many countries in southern Asia from which this mealybug had been reported. This species is known as a serious pest of cotton in India. Kaydan & Gulan (2012) have revised the genus Ferrisia Fullaway   , based on morphological and molecular data, they distinguished the widespread pest species F. virgata (Cockerell)   from morphologically similar species and provide a revised description and illustration for the adult female of F. v i rg a t a. Ghani (1977) recorded a long list of host plants, parasitoids and predators of F. v i rg a t a in Pakistan and reported that this mealybug caused heavy infestations in Hyderabad and Karachi; the predator Scymnus (Pullus) coccivora Ayyar   ( Coleoptera   : Coccinellidae   ) was the most abundant natural enemy and preyed on eggs, nymphs and adult females. F. virgata   must have been introduced to Iran on plant material and is now established. At present it is distributed throughout south-eastern Iran, but so far has only been found on urban plants (Moghaddam, 2006). 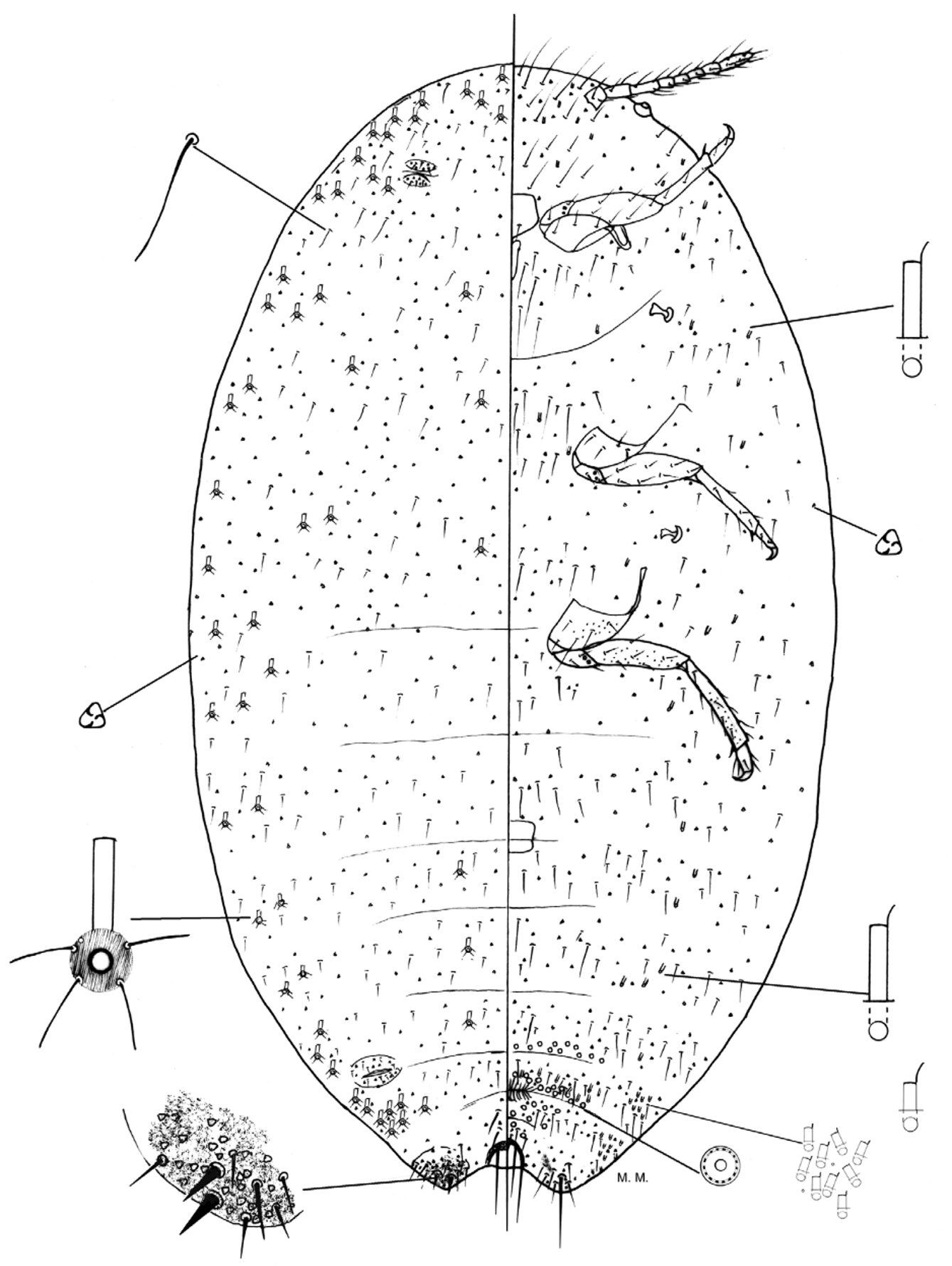