This species has several generations a year and forms snap and bud galls ( Figs 11, 12, 14 View Figures 7–14 ), similar to the situation in A. solidaginis   . Snap galls join two or more leaves together, are formed in spring and early summer, and are usually found on leaves very close to the apical bud, rather than on more mature leaves farther down the shoot. In this respect, the galls of A. rosulata   sp. nov. constitute intermediate steps between snap and rosette galls, and the distinction between these two types is not as clear as in A. solidaginis   ( Figs 7, 8, 13 View Figures 7–14 ). As in A. solidaginis   , this species appears to use S. gigantea   as a complementary host, as indicated by our molecular analysis, but the bud galls are found only on the primary host: S. rugosa   . The small rosette galls develop only in apical buds and can be locally very common. These galls are composed of several shortened leaves that surround a single central, rigid chamber made of closely attached leaves ( Fig. 14 View Figures 7–14 ), and are lined by white mycelium on the inside. Adults emerge from these galls from late June to late August.

Characters as in A. monacha   , except for the following: antennal horns long and slender, almost straight, apices tapered and finely serrated along median margins in frontal view.

The species is named after its gall, which forms a small rosette in apical buds.

We did not find morphological differences among adults from the two types of galls induced by this species, and our molecular analysis indicated that they belong to the same species. The small rosette galls of this species may be mistaken for the superficially similar galls of Rhopalomyia solidaginis   on S. rugosa   but differ from them in being flatter rather than spherical, composed of a smaller number of leaves, and containing a central, rigid larval chamber that is lined by white mycelium, similar to the rosette galls of A. solidaginis   . 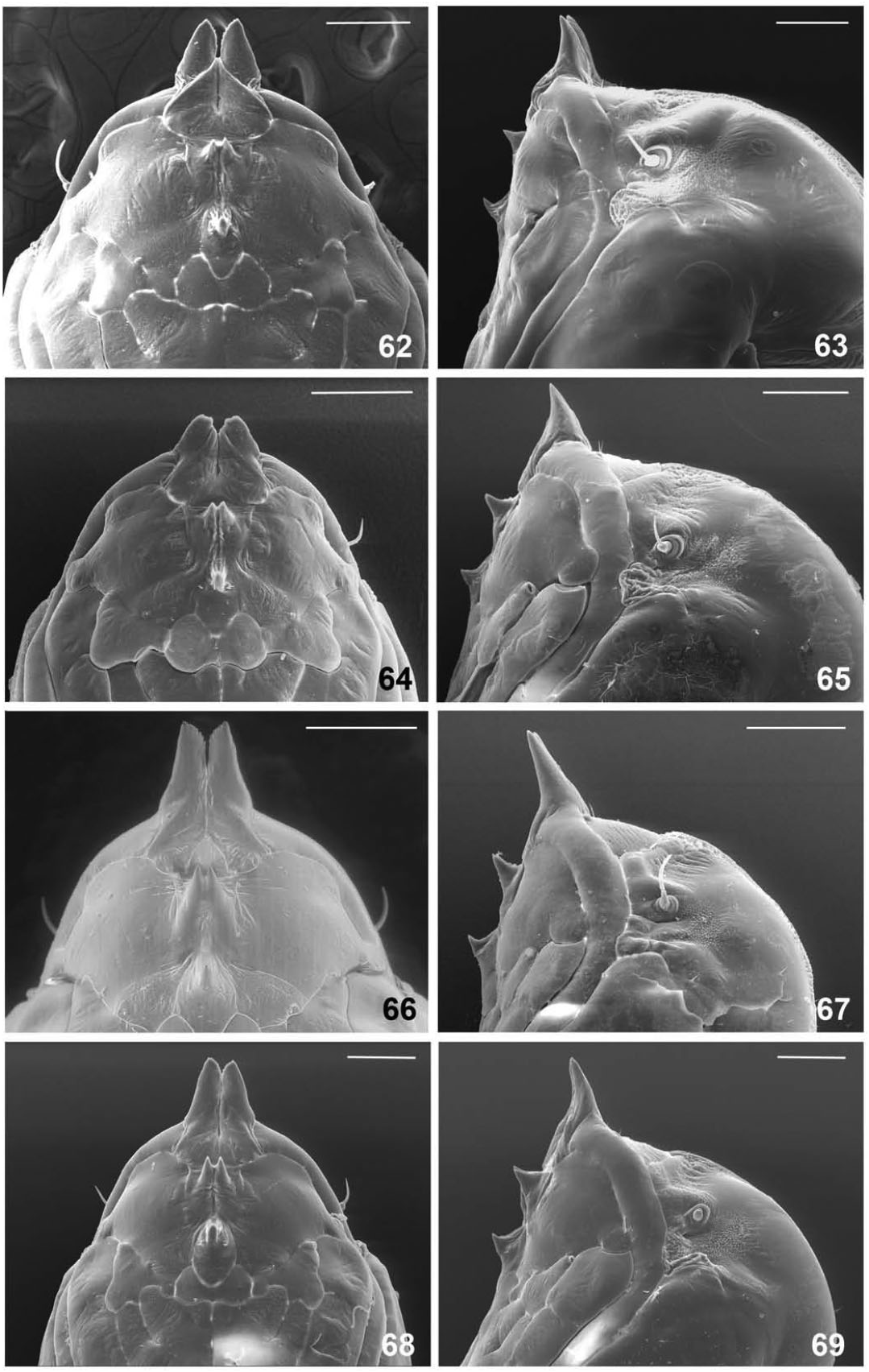