This species group is newly proposed to include one species previously included in the Ph. halabala group ( Ph. andulau Huber, 2011 ) and the newly described Ph. lambir Huber , sp. nov. They share three putative synapomorphies: (1) the unique, partly sclerotized embolus with strong sclerotized pointed processes ( Figs 200 View Figs 200 – 204 , 209–212 View Figs 205 – 210 View Figs 211 – 218 ); (2) pointed male cheliceral apophyses directed toward each other and without modified hairs ( Figs 202 View Figs 200 – 204 , 214 View Figs 211 – 218 ); and (3) large unsclerotized ‘knob’ on female external genitalia directed toward anterior ( Figs 203 View Figs 200 – 204 , 213 View Figs 211 – 218 ). The two species are also otherwise very similar (females are indistinguishable in the field; Ph. lambir sp. nov. males have a darker ocular area than Ph. andulau males) and restricted to a limited geographic area in northern Borneo ( Fig. 153 View Fig. 153 ). Preliminary molecular data (A. Valdez-Mondragón, B.A. Huber & D. Dimitrov unpublished data) suggest a close relationship with the Panjange nigrifrons group (which is also restricted to Borneo), but we know of no putative morphological synapomorphy that would support this relationship. However, general habitus and coloration are almost identical, and the same is true of web structure and microhabitat: in both groups, the spiders build domed webs among the vegetation, with the apex of the sheet connected to the underside of a leaf. In addition, they hang in their webs under the leaf rather than having their bodies pressed against the leaf, and in both groups, cecidomyiid flies were often seen in large numbers hanging in the spider webs. When disturbed, Pholcus andulau and Ph. lambir sp. nov. vibrate vigorously. Egg-sacs are carried in front of the body ( Figs 194, 196 View Figs 193 – 199 ), as in typical pholcids. 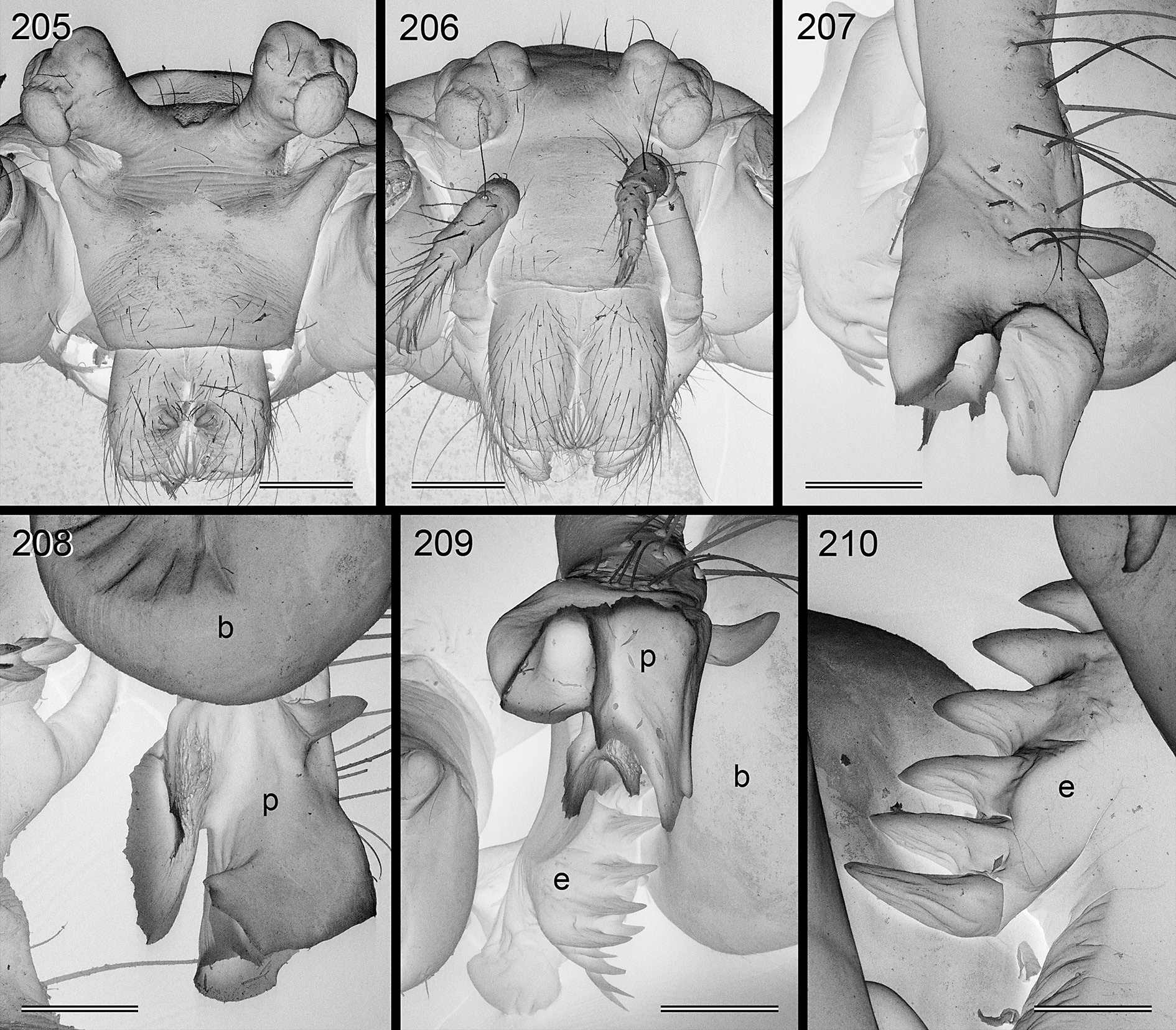