Female seventh sternite large, about as long as sixth. First and second pair of gonapophysis as in Gessius   .

Remarks: Krisna   closely resembles Gessius   but differs from it as discussed under that genus. The species of Krisna   are more wide spread in the Afrotropical, Oriental and southern Palaearctic regions compared to Gessius   , which so far occurs only in the Oriental region.

The species of Krisna   from the Indian subcontinent are very uniform in external features making them difficult to identify without studying the male and female genitalia. Only K. strigicollis   stands out with its rimlike anterior margin of head ( Fig. 21 View FIGURES 20 – 31 ), although this is not so well developed as in the Malayan Krisna magna Baker   ( Fig. 20 View FIGURES 20 – 31 ); K. strigicollis   also has a different type of style apex here named type 2, which it shares with K. kirbyi   . All other known species of Krisna   on the subcontinent possess a style of ‘ type 1 ’. The abdominal apodemes will also help in the identification of species of Krisna   . They are poorly developed in K. megha   sp. nov. but very well developed in K. strigicollis   where the apodemes of the third sternite are directed anteriorly to reach the hind margin of the second sternite. A similar condition is found in some Malayan species of Krisna   . 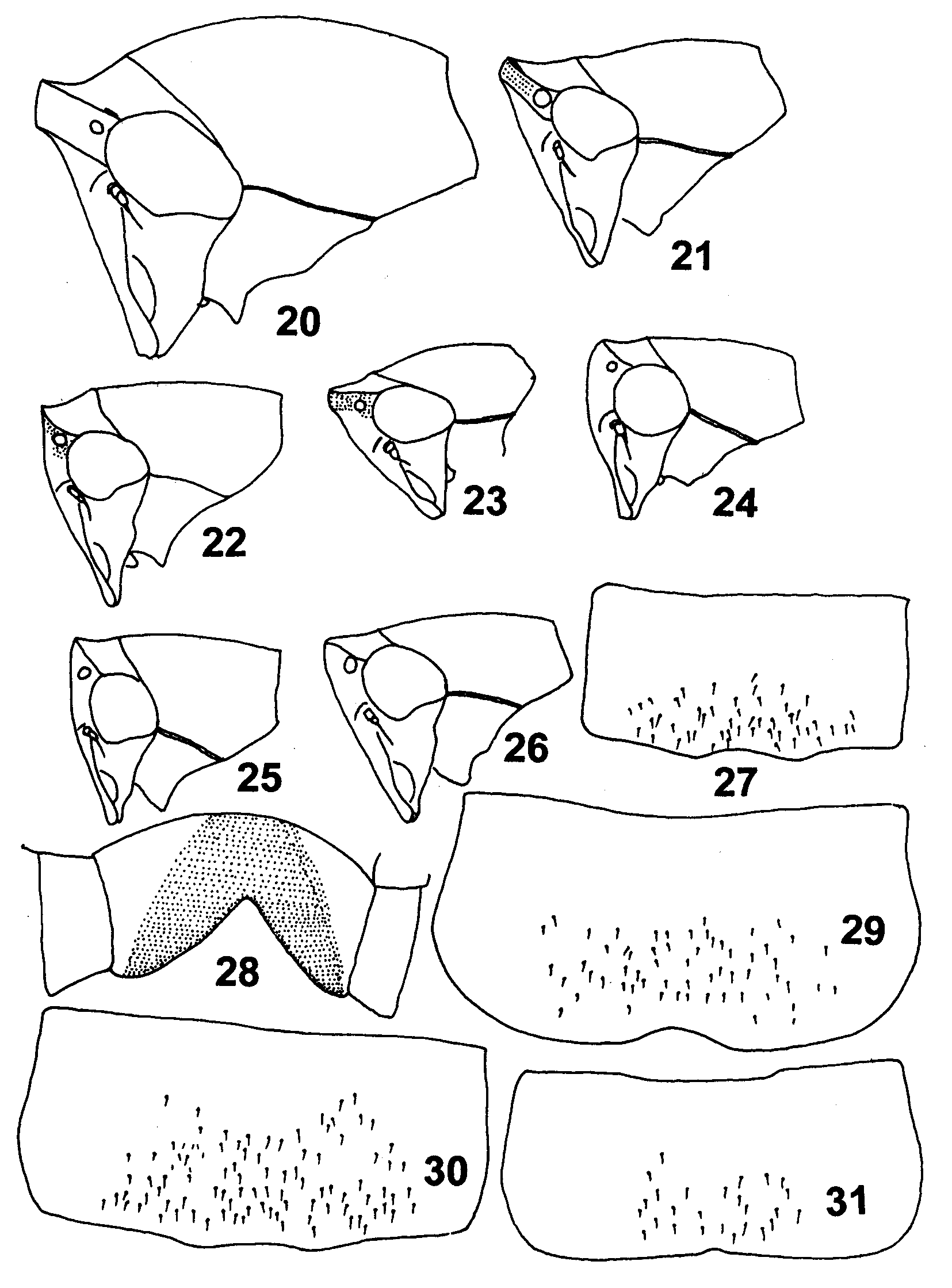 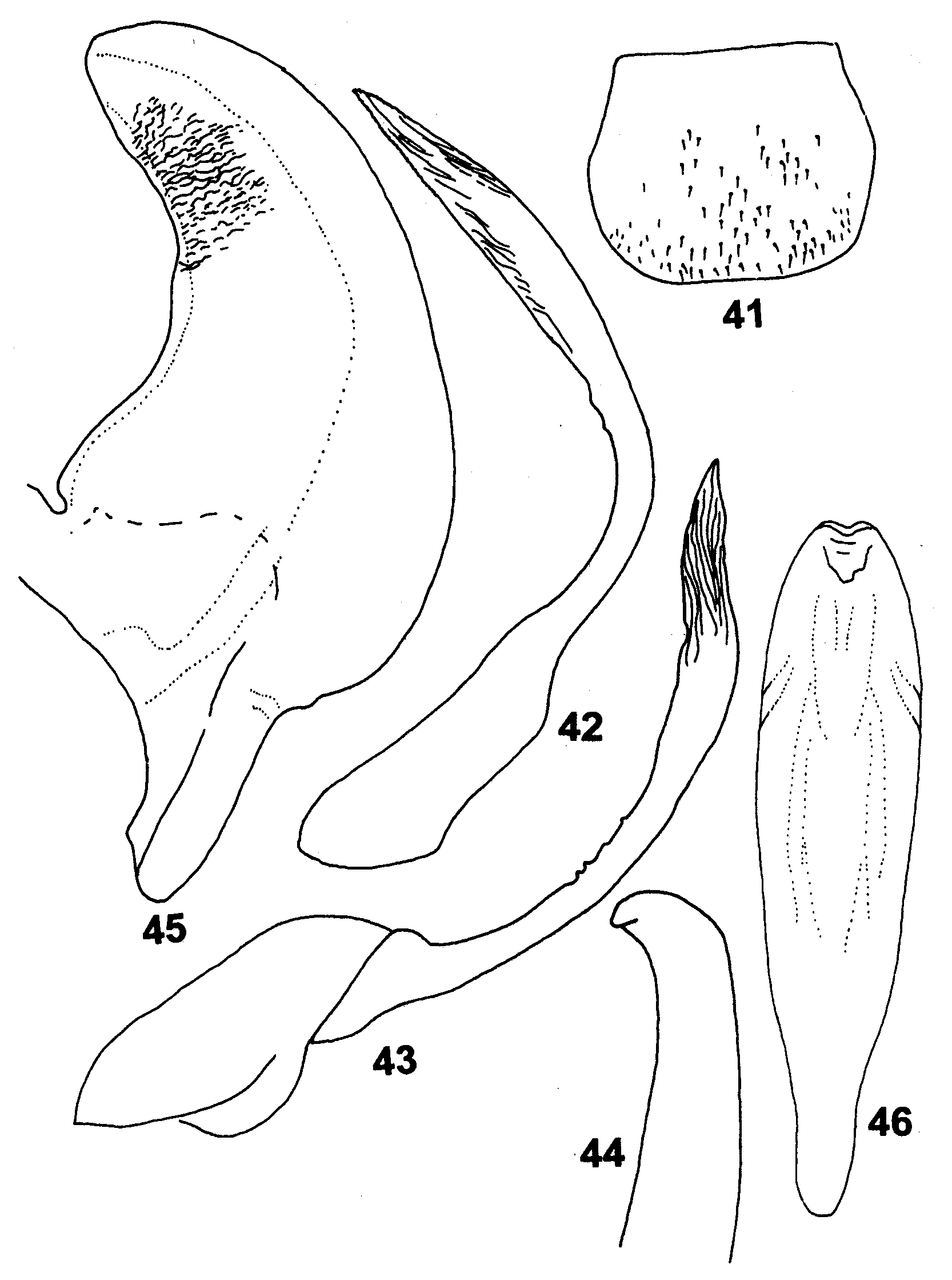 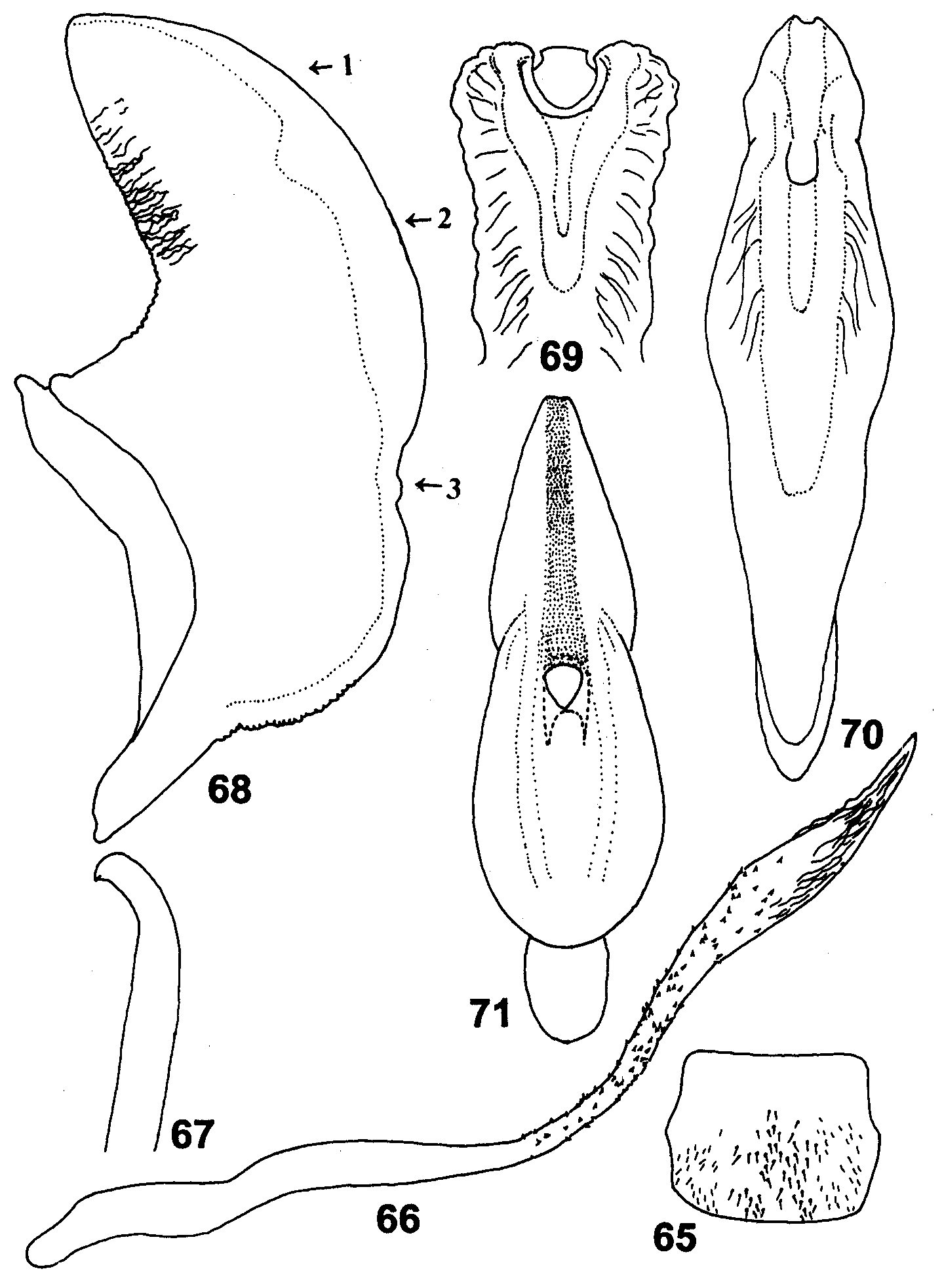