* late nymph instars are very similar in morphology to adult specimens, the only difference being indeterminable sex because of not developed sex characters (ovipositor, male subgental plate) and lack of genicular and antigenicular teeth on hind knee

Distribution and habitat. The species was hitherto known from a single male specimen, holotype. We examined 15 additional specimens, 14 from the same area—from Kaohsiung county, Caishan (= Shoushan, Monkey Mountain) National Nature Park in SW Taiwan and a single female from Longqui— 70 km N of Kaohsiung. It seems that the species is endemic to the very small area or it has been overlooked in the past. Shoushan NP is surrounded by city areas, and thus the species' habitat could be fragmented. The area is characterized by low elevation (with highest hills at about 360 m a.s.l.) and a wet tropic climate. According to the photos examined, the species feed on mosses and algae. Nymphs tend to stay on brown vegetation and leaf-litter similar in color to their bodies. Adults tend to stay on rocky patches covered by algae and mosses, also similar to their body color. The distribution of the species needs to be studied more in detail to reveal if it is present on other similar Taiwanese habitats. The species distribution is shown on the map ( Fig. 1 View FIGURE 1 .) (blue area).

FIGURE 1. Distribution map of Hedotettix punctatus (red area) and H. cristatus (blue area). The map is generated after unpublished and all the literature data. 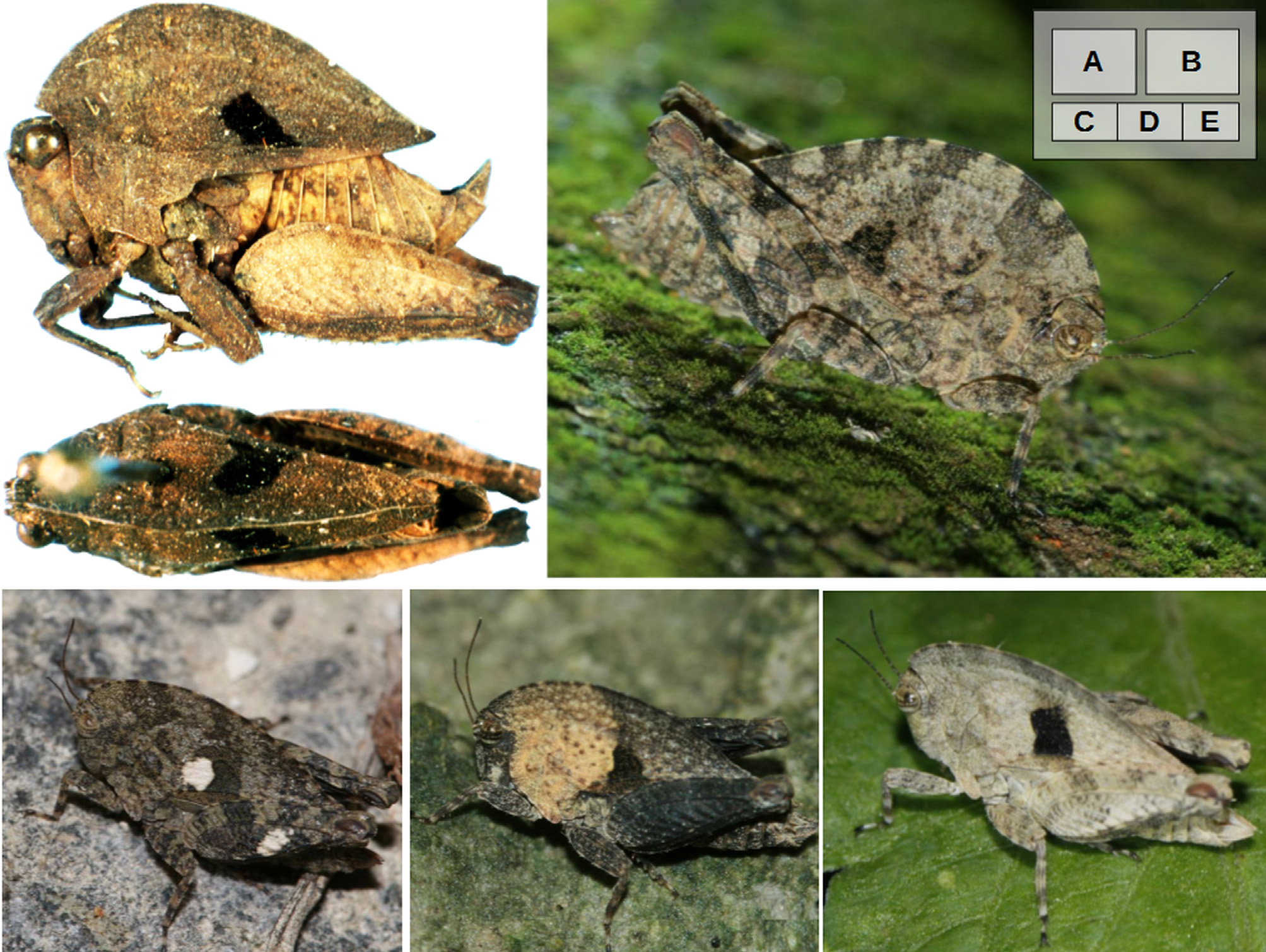