In this study, we refer Hasemania   sp. such as putative new species and second record from the rio São Francisco basin, due to differences in morphology and color pattern between this species and another from Southeastern Brazil river basins such as H. bilineata   , H. crenuchoides   , H. nana   , and H. uberaba   . In the taxonomic revision carried out by Serra (2003) there is no mention of the morphotype. The same have occurred in Vieira et al. (2015) resulting here in the first record of the taxon for the basin. 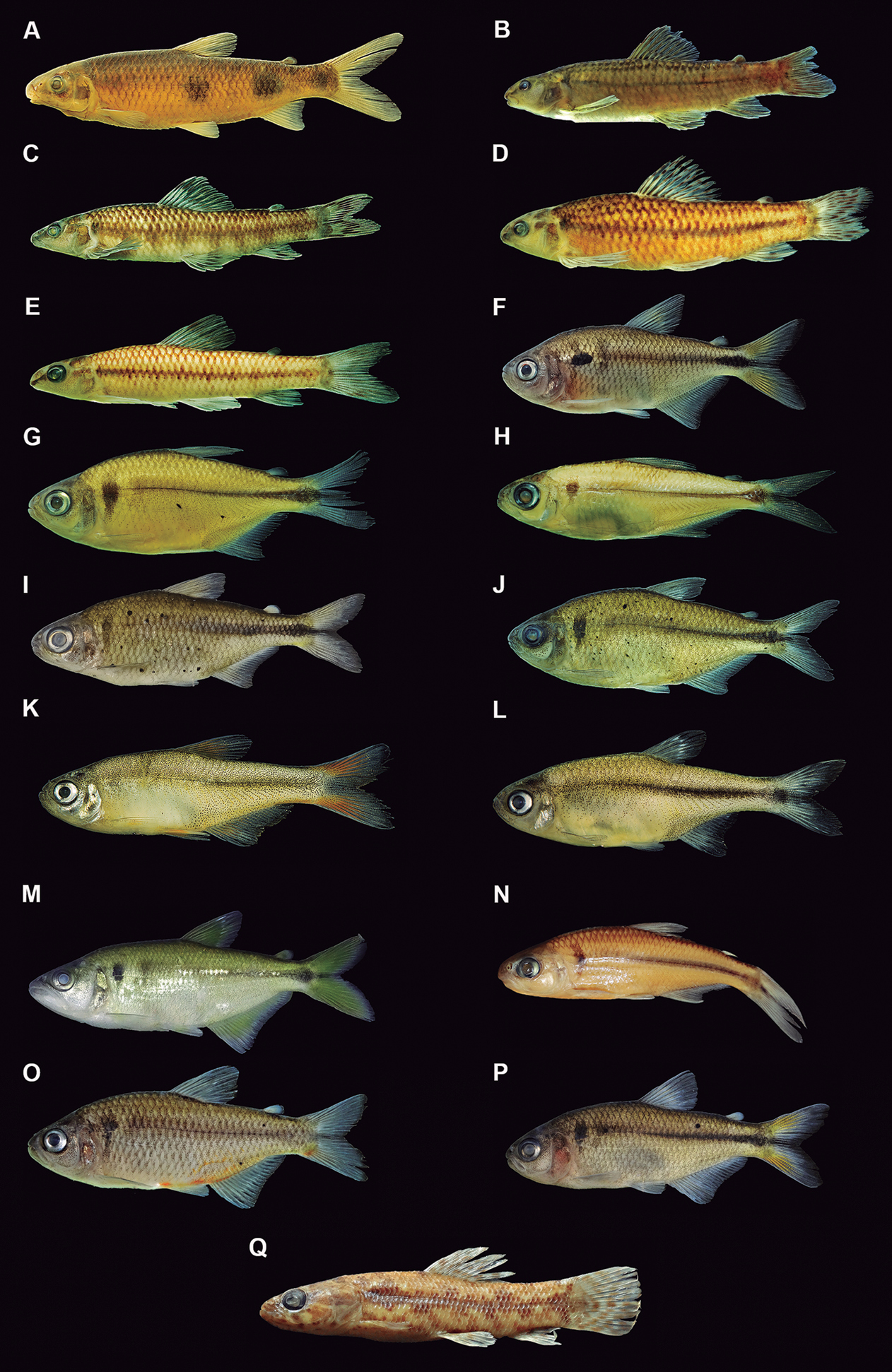