Distribution in Bulgaria: In our survey Cicadetta cantilatrix   was found for the first time in Bulgaria. The species was found in four localities in southern Lower Mountain Pre-Balkan, southern Balkan Mts., Kraishte-Ichtiman and Kyustendil-Blagoevgrad Middle Struma valley (Fig. 43 View Figure 43 ) with altitude distribution between 400 and 1200 m (Fig. 44 View Figure 44 ). The lowest point where the species was found was the Berende izvor of the Nishava River at Stara Mt. (495 m a.s.l.) and the highest point at Tsarvenyano below the Radomir peak at Konyavska Mt. (1168 m a.s.l.).

The calling song is a sequence of repeated two-phase echemes (Fig. 45 View Figure 45 ): the first phase is long with low-intensity (duration 120-1030 ms) and the second phase is short high-intensity pulse (duration 23-60 ms) ( Sueur and Puissant 2007b, Benediktov and Mikhailenko 2017). At the beginning of the sequence, the low-intensity parts of the echemes are missing or are of the same duration as the high-intensity pulses. Later, the duration of the low-intensity parts increases steadily and is longest at the end of the sequence. Echeme duration and inter-echeme duration are negatively correlated ( Hertach 2011), which is not the case in closely-related species. Singing males can emit echemes at equal intervals for 7-10 minutes or even longer ( Benediktov and Mikhailenko 2017). Most of the spectral energy in the frequency domain is between 11 kHz and 18 kHz. The dominant frequency is not constant, but does not show a clear modulation pattern and averages 13 kHz ( Sueur and Puissant 2007b).

The courtship song and the alarm song (rivalry song or distress call) were described by Benediktov and Mikhailenko (2017).

Selected sound samples of Cicadetta cantilatrix are available on the web pages Songs of the European singing cicadas ( Gogala 2020). 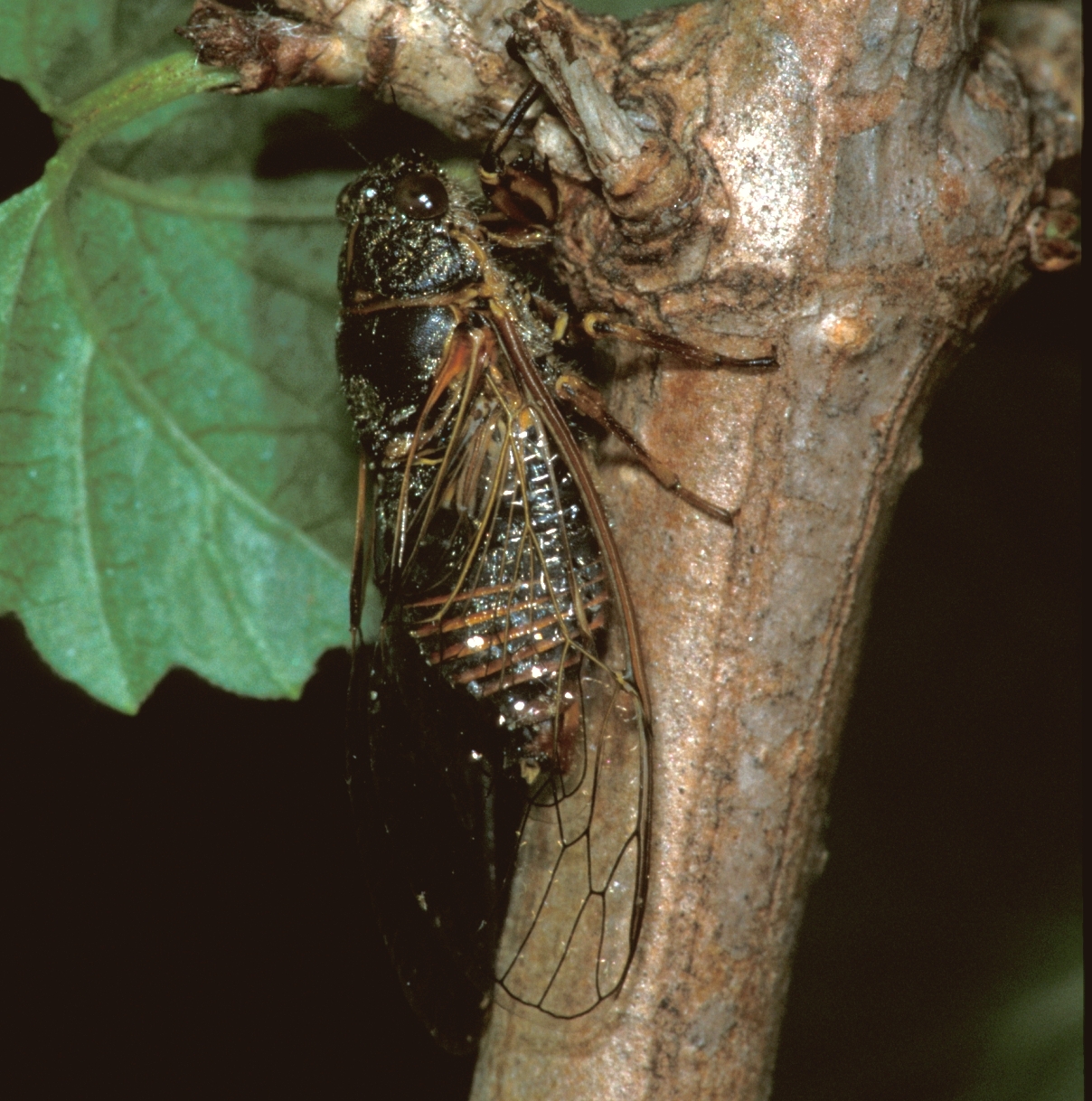 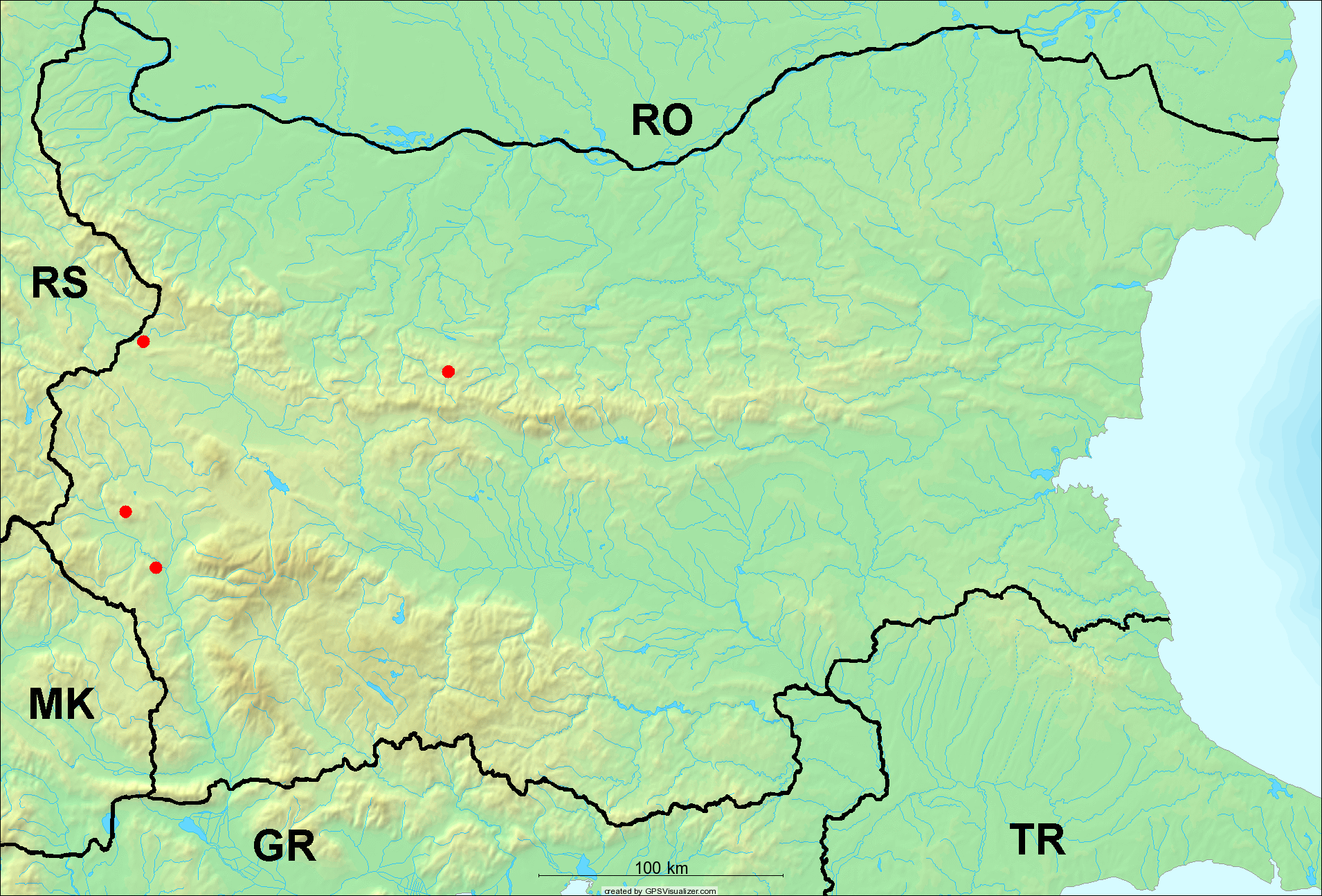 Figure 43. Map with localities of Cicadetta cantilatrix in Bulgaria. Red - bioacoustic data collected in this survey.

Figure 44. Altitudinal distribution of Cicadetta cantilatrix. The percentage of the recorded localities is displayed in 200 - metre altitude zones. 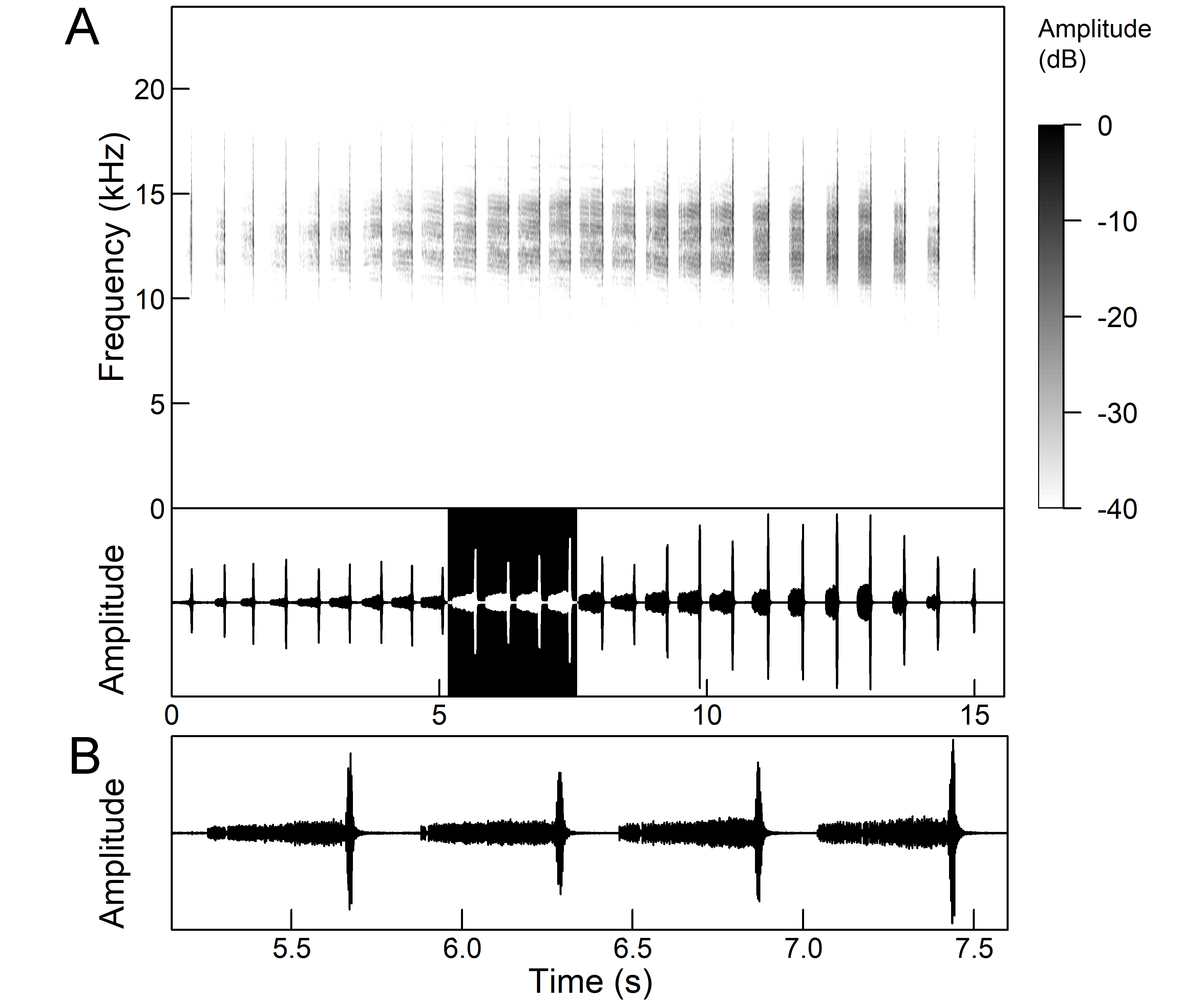 Figure 45. Calling song of Cicadetta cantilatrix. (A) spectrogram and oscillogram of the selected part of the calling song; (B) oscillogram of four two-phase echemes corresponding to the inverted window in (A).