This description is based on a female collected in Zimbabwe ( Fig. 3A–C View Fig.3 ), which seems to be better preserved than other specimens observed. It is suspected to represent the female of Dorsomitus tjederi gen. et sp. nov., but additional material is needed to confirm this assignation.

Some other specimens have a dark brown coloration and abdominal tergite 3 with two lateral yellow markings ( Fig. 3D–F View Fig.3 ). However, most of the color and shape differences observed could be due to postmortem discoloration and distortion – ascalphids often discolor significantly after preservation. The patterns in living specimens are magnificent, but soon fade, so apart from specific marks, other patterns could be misleading. Consequently, additional material is needed to associate males and females with certainty.

The two species of Dorsomitus gen. nov. are well characterized by the shape of the first abdominal tergite and the pubescence on the second and third abdominal tergites of males. However, the present state of knowledge makes it impossible to associate the examined females to either Dorsomitus neavei gen. nov. or D. tjederi gen. et sp. nov. with certainty. The description provided above is based on the examination of six females whose specific status remains unclear, although it is likely that they belong to one or both of the species of Dorsomitus gen. nov. described herein. 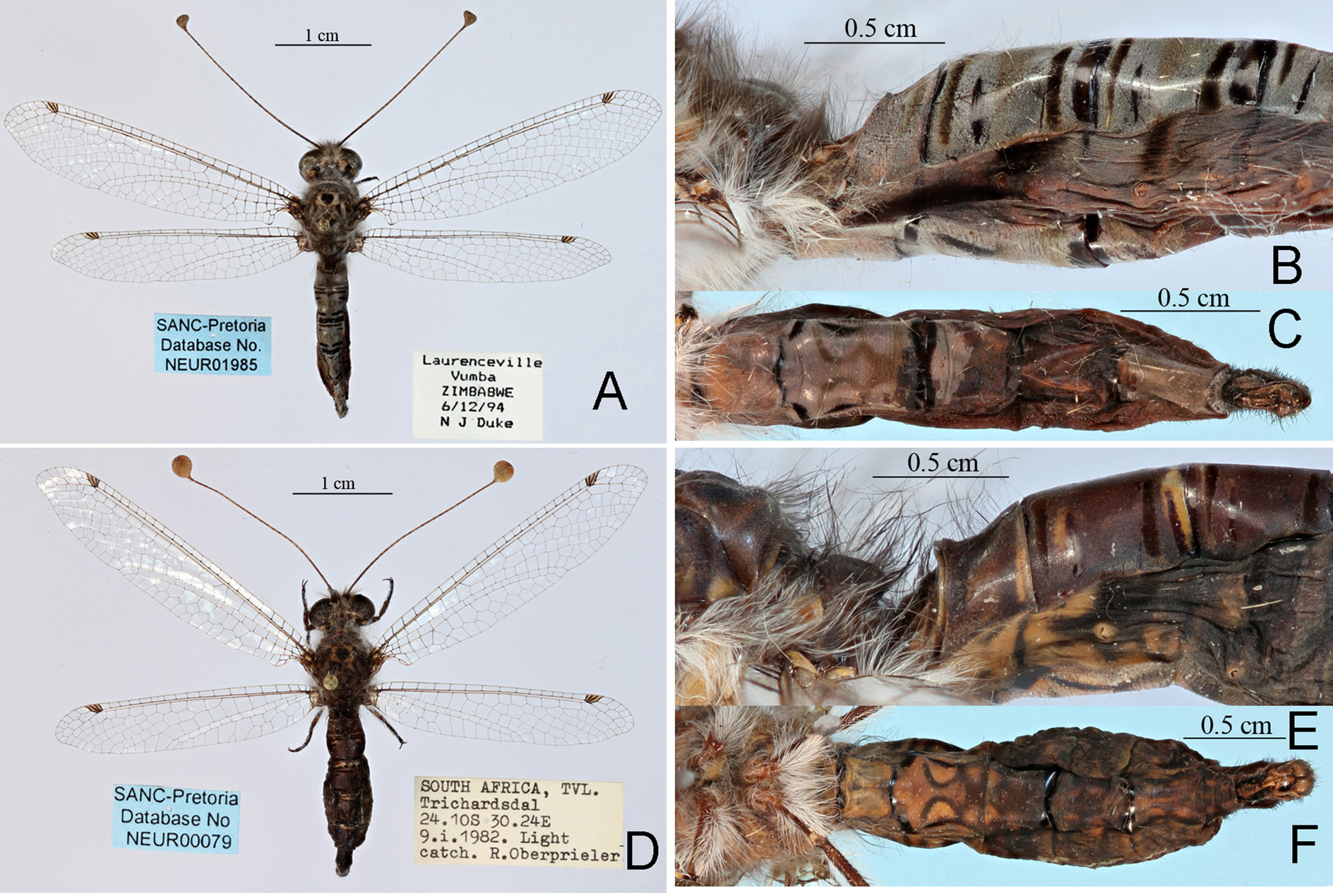