Kataev, Boris M., 2021, On some Afrotropical Harpalus, with description of two new species, and remarks on Hypharpax australis (Coleoptera: Carabidae): misidentification, mislabeling and introduction to the Australian region, Zootaxa 5020 (1), pp. 31-56 : 43-45

Comparison. In external characters and male genitalia, H. fuscoaeneus is very similar to H. asemus differing slightly from it in shape of the median lobe and in, on average, smaller body size. In H. fuscoaeneus , the median lobe is bent ventrally at the middle (more distally than in H. asemus ) and its terminal lamella narrower. These two species seem to be vicariants descending from one ancestor form.

Remarks. Dejean (1829) described H. fuscoaeneus from Cape of Good Hope (“cap de Bonne-Espérance”) on the basis of more than one specimen (the ranges of measurements are given). The single available specimen with Dejean’s original labels at MNHN is designated here as lectotype ( Fig. 30 View FIGURES 29–32 ). Its characteristics well correspond to the original description.

The species is variable in coloration and shape of pronotum. Basilewsky (1951) treated Harpalus nanus , which was described from one female ( Fig. 31 View FIGURES 29–32 ) also from Cape of Good Hope (“cap de Bonne-Espérance”), as synonym of H. fuscoaeneus , but its status needs further study because this female is rather distinct in having pronotum with very fine and short setae along the middle portion of basal edge; in addition, it has elytra with short parascutellar (abbreviate) striole and without discal pore on interval 3 and dorsum dark brown, without green or copper luster. The body length (5.9 mm) and proportions (HWmax/PWmax 0.67; HWmin/PWmax 0.52; HWmax/HWmin 1.27; PWmax/PL 1.44; EL/EW 1.48; EL/PL 2.64; EW/PWmax 1.24) are within variation of other examined specimens of H. fuscoaeneus . 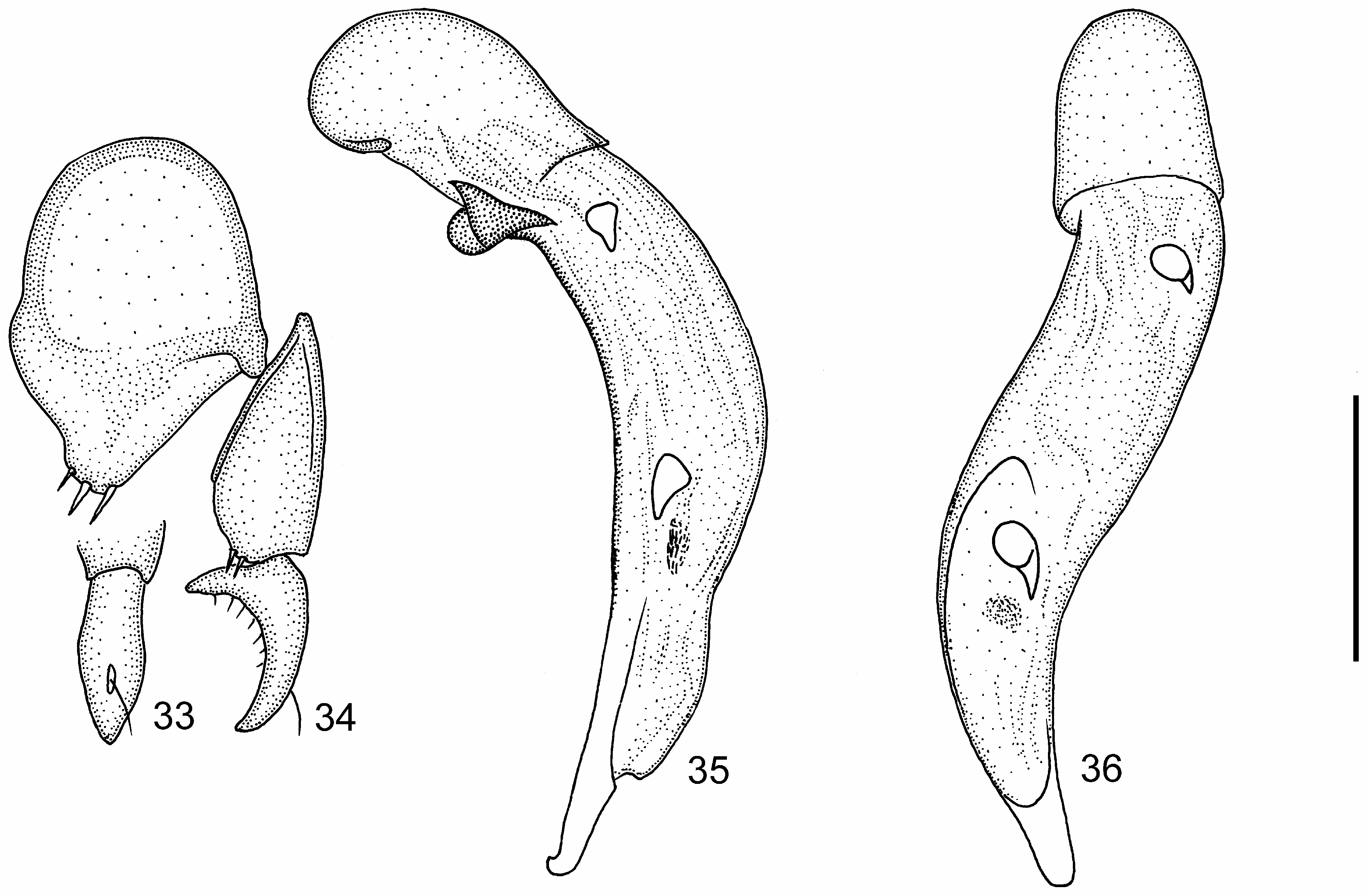