Nilothauma amazonense   Mendes & Andersen, 2009 was described, based on a single male from the Amazon. The specimens of N. amazonense   from southern Brazil, however, differ slightly from the holotype. Mendes and Andersen (2009) stated that hind ta2 being shorter than ta3 (ratio of ta2/ta3 length = 0.73) is one of the diagnostic characters of the species. However, in the specimens from southern Brazil, hind ta2 and ta3 are subequal in length (ratio of ta2/ta3 length = 0.94-0.97). Body size, measured as Total Length (TL) is also larger (TL of holotype = 1.53 mm; TL of southern populations = 2.00-2.05 mm). Similar differences in body size between Amazonian and southern Atlantic Forest populations were also found in Beardius urupeatan   Pinho, Mendes & Andersen, 2009 [TL Amazon = 2.32-2.51, 2.38 (6); TL southern Atlantic Forest = 2.68-3.00, 2.96 (8)]. This intraspecific variation might be due to the higher temperature in the Amazon Region when compared to the localities in the southern parts of the Atlantic Forest. Populations of chironomid species inhabiting different habitats may show variation in voltinism and more rapid growth can result in smaller body size ( Tokeshi 1995; Pinho et al. 2009).

(Fig. 17A View Figure 17 ). The species was originally described from the Amazonian Region by Mendes and Andersen (2009); the range is now extended to Santa Catarina State in southern Brazil. 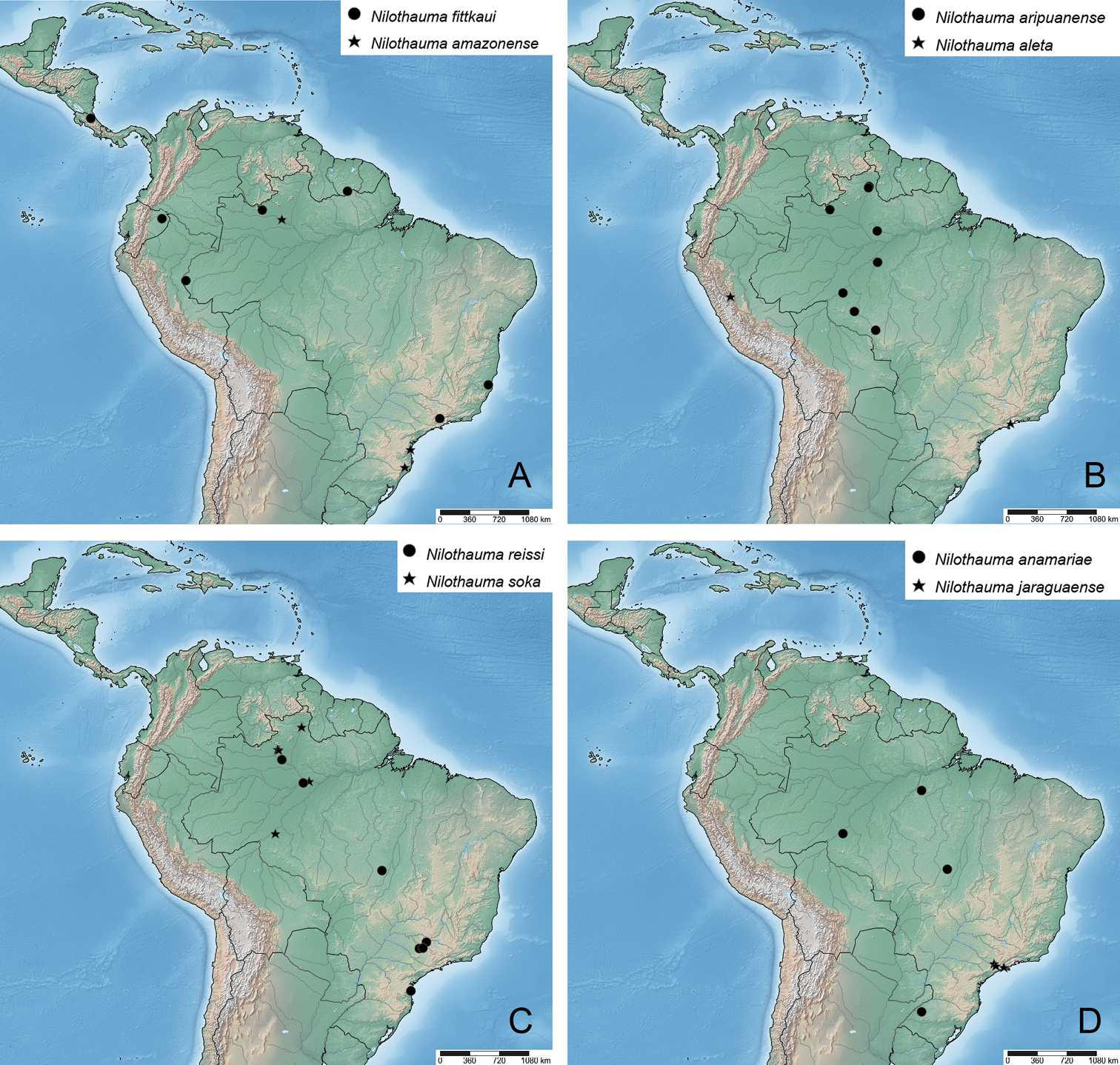