Diagnosis: ––This species differs from all other species in the genus by its 5-merous flowers, 10 stamens, and 3-locular ovary, as all the other taxa have 6-merous flowers, 12 stamens, and 4-locular ovaries. It differs from Physeterostemon fiaschii  in terms of the latter’s fascicled inflorescences covered with trichomes ca. 5 mm long and calyx with outer lobes 4–5.4 mm long. It differs from P. jardimii  by its habit (rhizomatous subshrubs) and indumentum (strigose but also glandulose-setose in the former), as well as by the ovary apex (setose in P. jardimii  ). It differs from P. thomasii  in terms of its rhizomatous habit by having young stems and petioles covered with paleaceous trichomes and strongly bullate/foveolate leaves.

Distribution, habitat, and phenology: ––This species has been collected three times in the same locality in southern Bahia State ( Fig. 1View FIGURE 1). It grows in advanced secondary moist forests, in shaded areas. It has been collected with flowers in January and February and with fruits from the previous season also in February.

Conservation status: — Physeterostemon gomesii  is currently known from only one population (although with many individuals) in the Boa Nova National Park. Habitat fragmentation and the small number of known populations represent high risks for the species. By IUCN (2014) criteria, this species is considered to be Critically Endangered (categories B1a and B1b) as its distribution range is less than 100 km 2, with continually declining habitat quality.

Etymology: ––The new species is named after Luís Carlos de Jesus Gomes, from the CEPEC Herbarium in light of his important technical support for the collections and fieldwork (especially with Melastomataceae  ), and also one of the collectors of the type specimen. 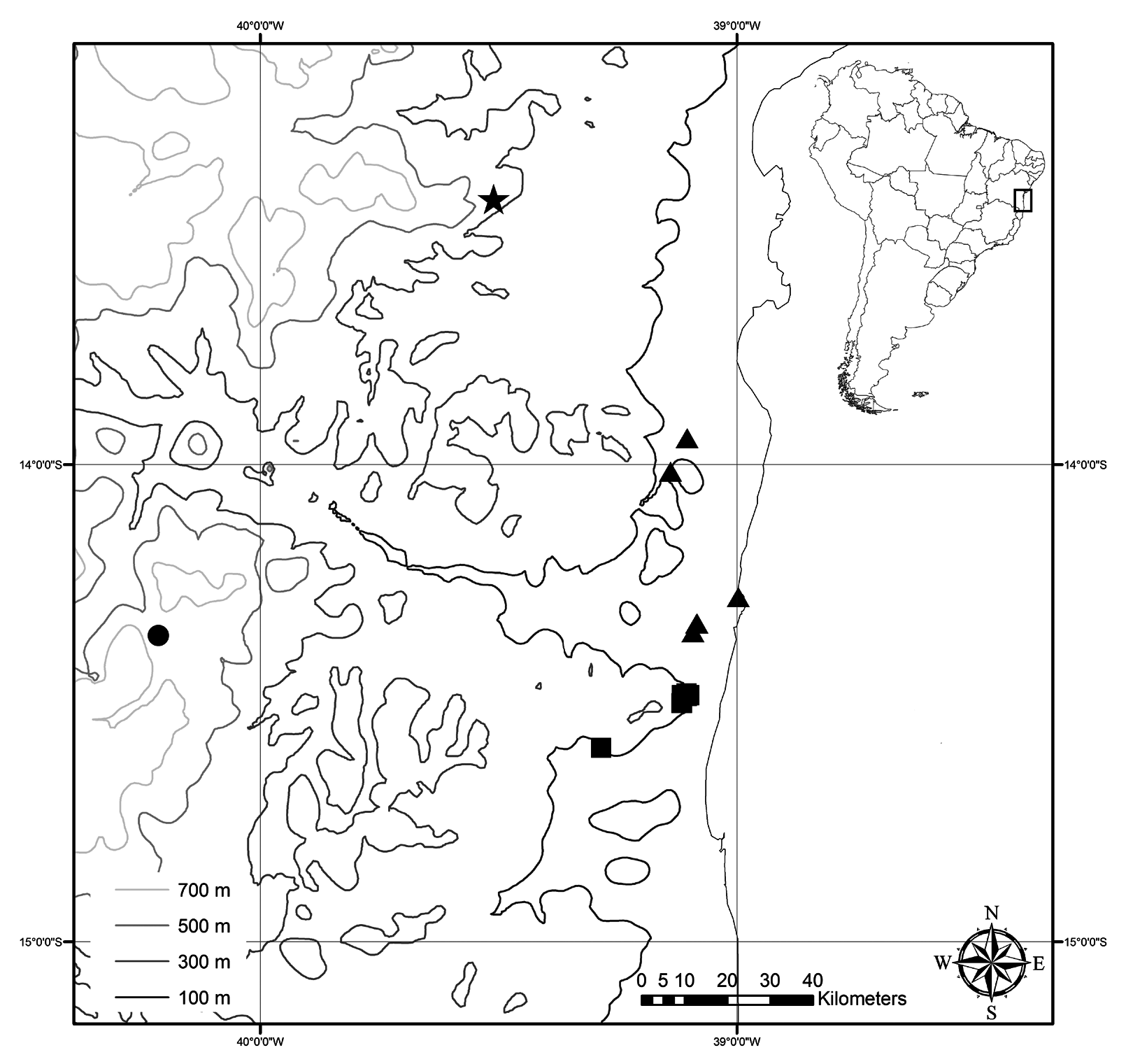 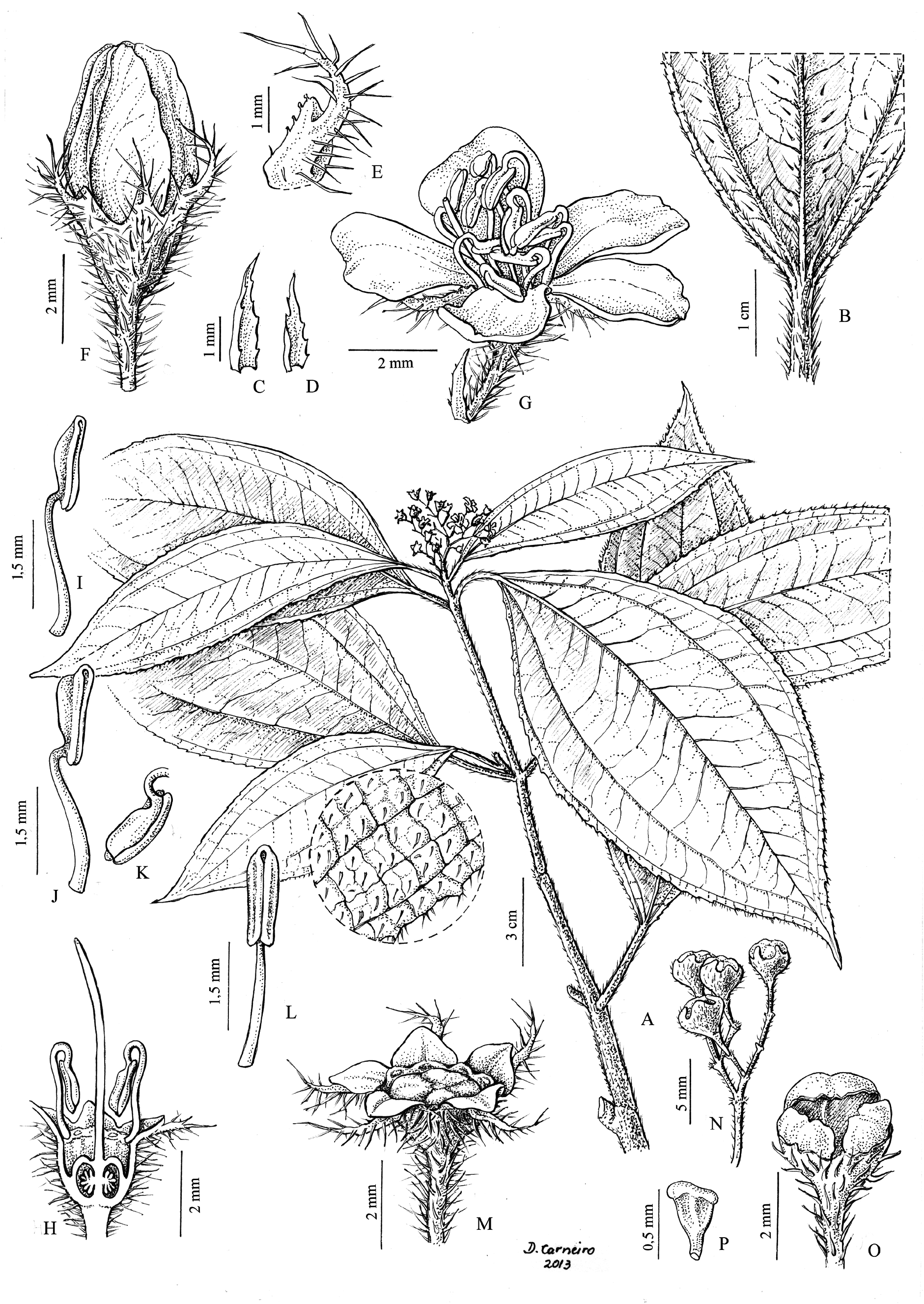