Etymology. Named after the country where the species was found. Noun in apposition.

Remarks: The superior volsella of T. costarica sp. nov. is superficially similar to those of T. canine , T. comunis and T. mulleri but has a slightly more elongated posteromedian corner. The digitus, on the other hand, is distinct from these species, since it exceeds the lateral margin of the superior volsella, while in the above mentioned three species, the digit does not exceed the superior volsella. However, the best diagnostic character for the male of T. costarica is the anal point, which is distinctly trifid, with the lateral portions showing a pointed tip and the thumblike middle portion, a design unique among the species of the Tanytarsus ortoni group.

Distribution and ecological notes. T. costarica was also collected from the same study site and with the same type of trap as T. briani (Zurquí de Moravia, Costa Rica), about 1,600 meters above sea level. 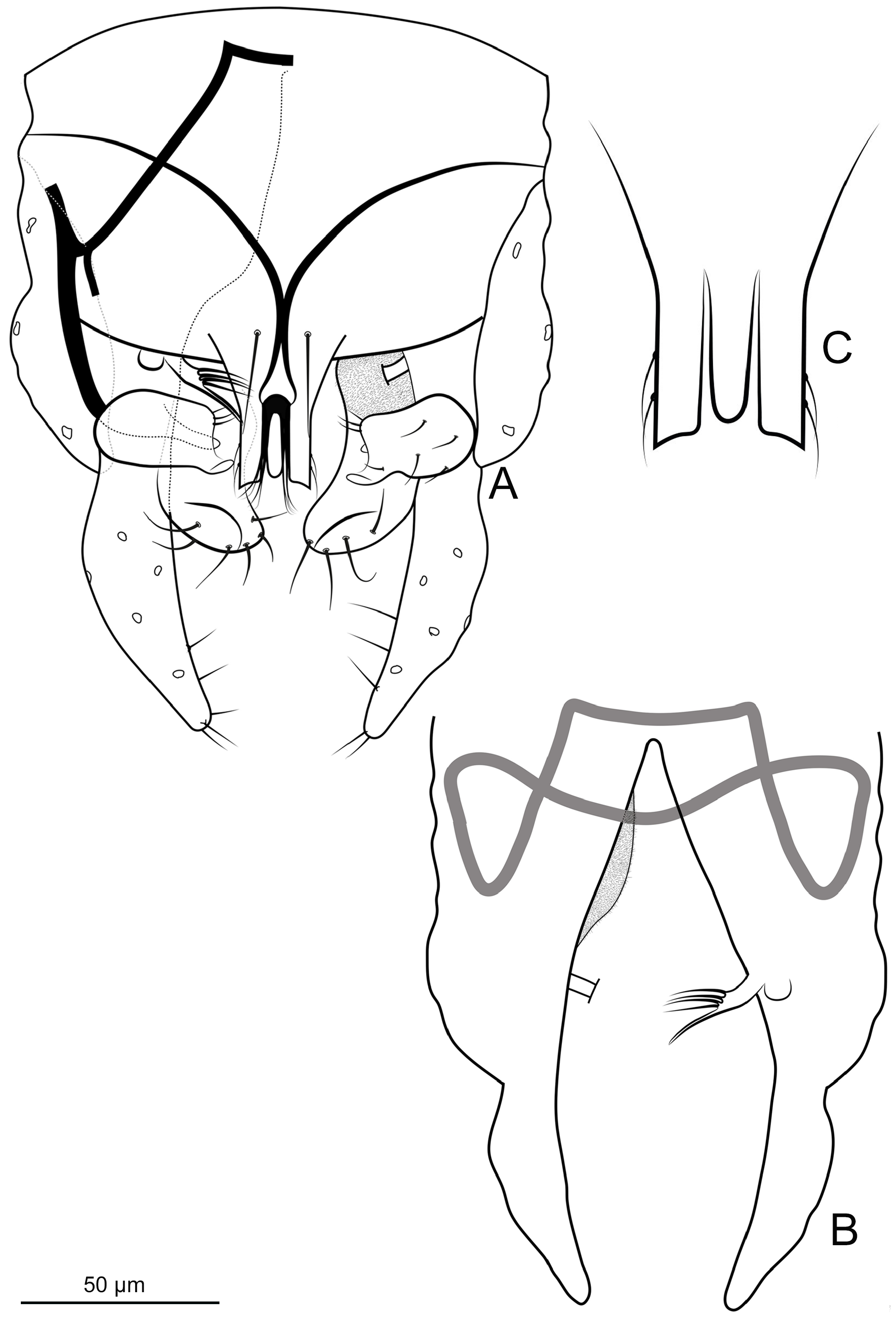