Thorax and tegulae also cream-coloured, tips of thorax and tegulae white; forewing narrow, with creamcoloured ground-colour, a pattern partly rubbed off, visible only as brown smaller patches near base above dorsum and at 1/4 below costa; a minute dark brown dot at the end of cell and at apex; hindwing light grey.

Diagnosis. As the pattern of forewing is partly rubbed off, the new species externally is hard to distinguish from the other members of the genus. Clear differences are seen in the genitalia structure: the U-shaped juxta and the arrow-shaped tip of phallus are unique characters among the species belonging to the acacivorella species group.

Etymology. This species is named in honour of the collector, V. J. Robinson. 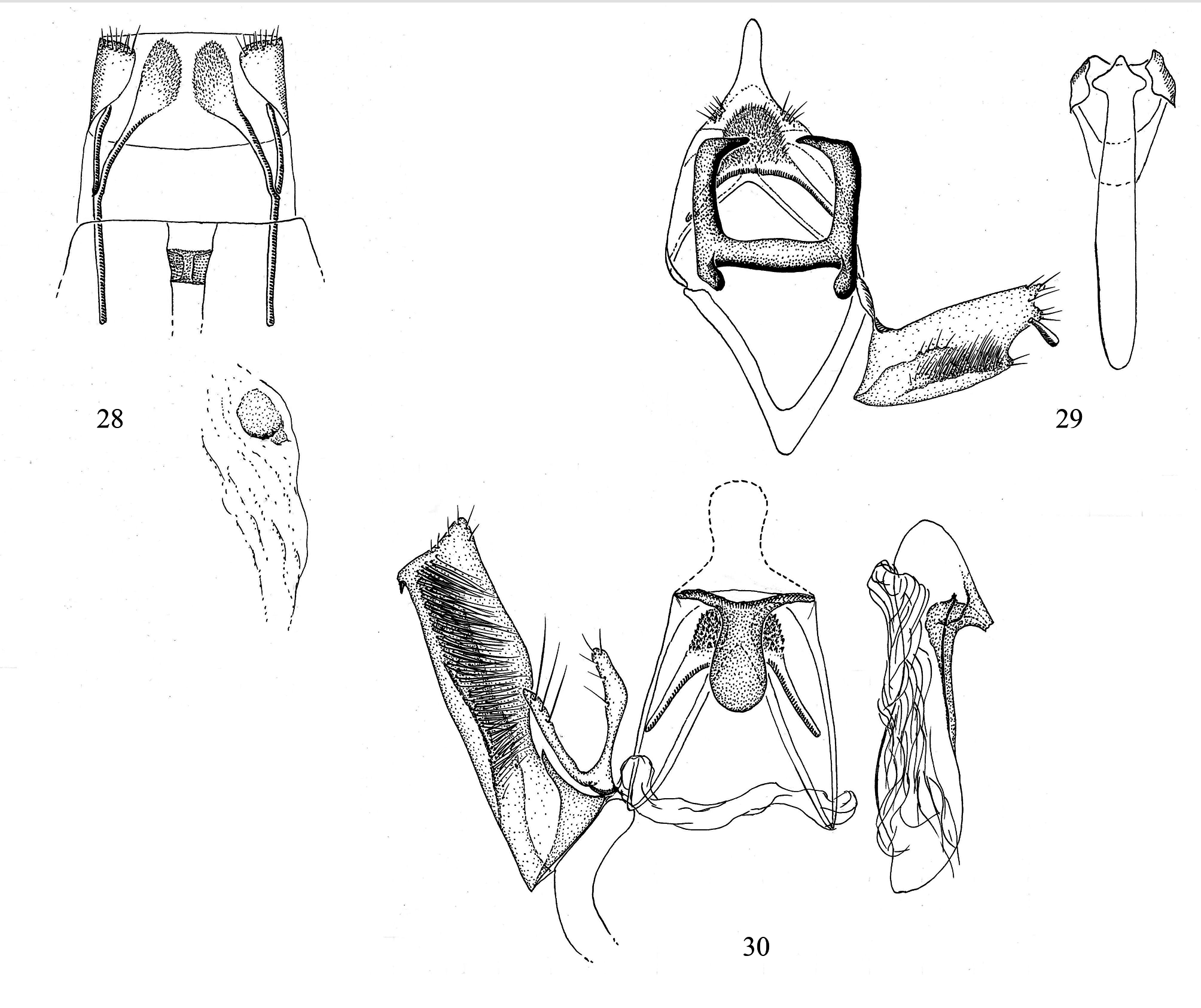