Plants with buds and young fruits have been collected in May.

The specific epithet " bullotricha " refers to the well-developed bulla-based hairs on the adaxial leaf surface. Although bulla is Latin in origin, we base formation of our compound epithet on the Greek rules for connecting vowels. Thus, we use “o” here instead of “i”, as we find " bullotricha " to be more euphonious than " bullitricha." The connecting vowel “o” has had widespread usage in classical Latin based on the large influence of Greek ( Stearn 1966).

We do not have extensive knowledge of population level numbers of individuals or the reproductive biology of this species, so the conservation status of Miconia bullotricha  cannot be critically evaluated at this time. More fieldwork is imperative to assess the status of this species. However, deforestation has occurred in the surrounding areas from where Miconia bullotricha  is known, and thus, the species most likely should be considered threatened by habitat loss and other anthropogenic disturbances.

Miconia bullotricha  likely belongs to a subclade within the Lima  clade that contains the phenetically similar, Cuban endemic, Miconia ottoschmidtii  , as well as other members of the Miconia lima  complex ( Majure et al. 2013b, Majure et al. unpubl. data). These species are recognized by their very well developed bulla-based hairs on the upper leaf surface (which mostly cover the leaf areoles; Fig. 1View Figure 1), as well as expanded, pyramidal inflorescences consisting of cymose clusters of flowers subtended by highly reduced bracts. The only exception to this is Miconia pedunculata  Majure & Judd of the Cordillera Central, Dominican Republic that has widely spaced bulla-based hairs on the adaxial leaf surface, which do not completely fill the leaf areoles, and flowers that are subtended by foliaceous bracts.

Miconia bullotricha  adheres to the morphological/phenetic and diagnostic species concepts ( Judd 2007, Wheeler and Platnick 2000), and considering the putative autapomorphy of entirely pendant inflorescences, is likely a cladospecies ( Donoghue 1985). 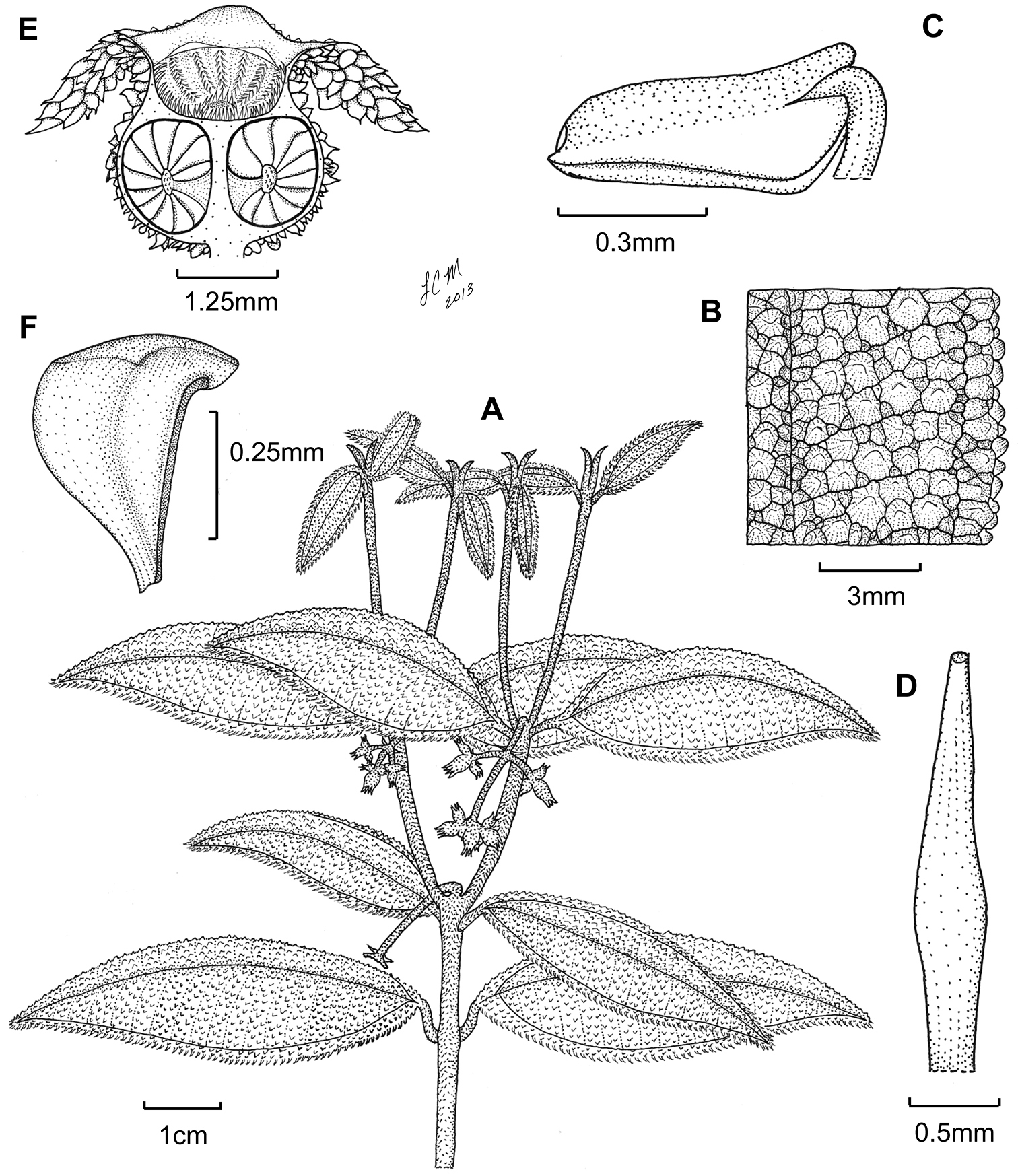 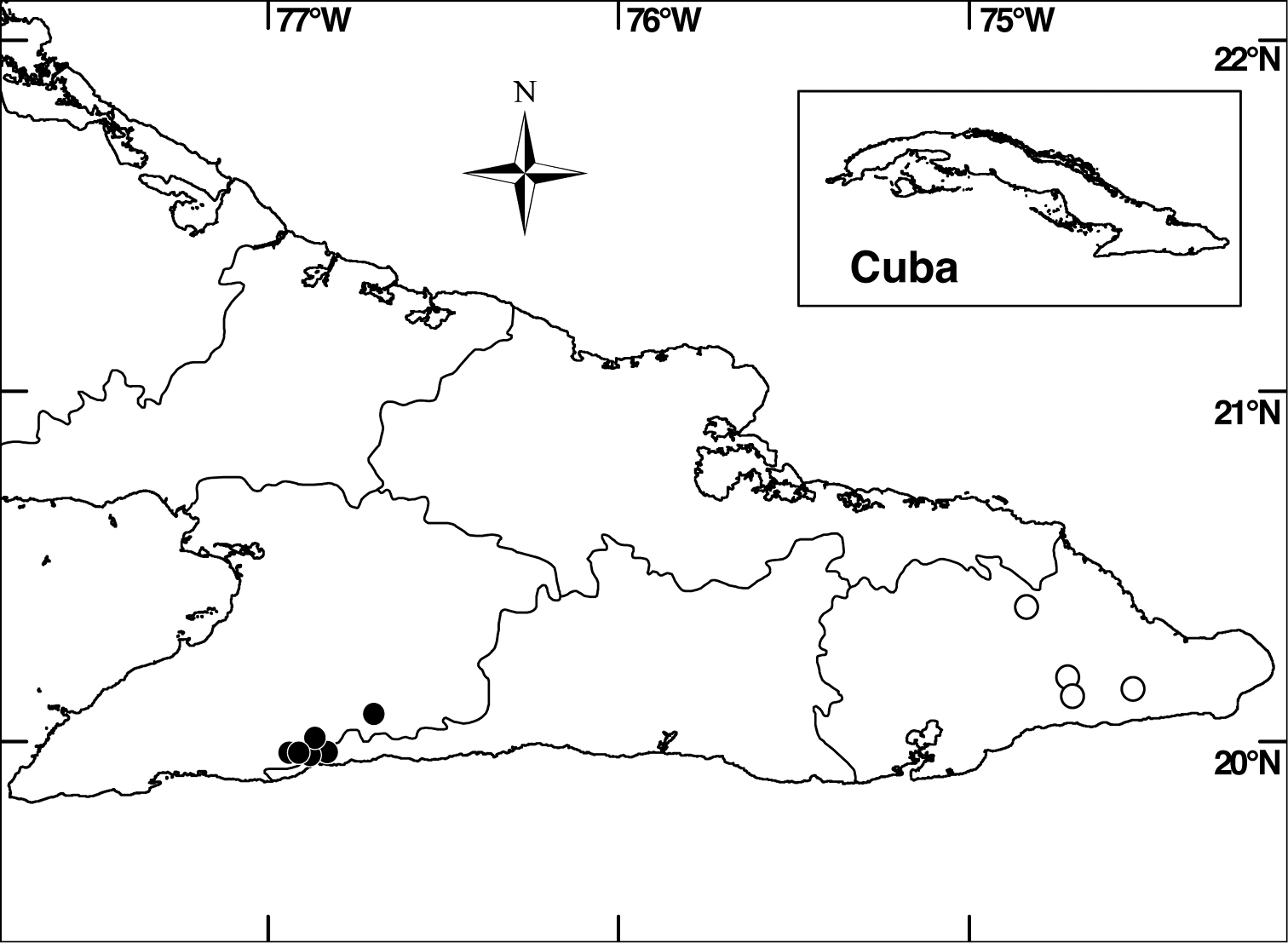