Diagnosis. A medium-sized Cyrtodactylus   (SVL to 105 mm) with large, weakly to moderately projecting tubercles on antebrachium, strongly developed dorsal tubercles in 18–23 longitudinal rows at the midpoint of the trunk (axilla-groin interval), 28–41 ventral scale rows at the same level, a continuous series of 34–46 enlarged femoroprecloacal scales extending from one knee to the other, in males, pores are in three sections with 4–9 unpored scales between; mental with a posterior extension extending between postmentals; lips marbled or stippled with brown, dark dorsal bands on trunk usually three, with a narrow dark edge posteriorly but usually not anteriorly; pale interspaces between dark body bands usually unspotted, rarely with a few dark macules; basal tail bands only a little wider than pale interspaces.

Body moderately robust (AGL/SVL 33.5–47.1%, mean = 42.2%, sd = 2.82, n = 25), with low, but distinct, ventrolateral skin folds approximately marking the transition between the enlarged flattened ventral scalation and the smaller, more rounded, granular lateral scalation. Scales on dorsum of head, body and limbs small, juxtaposed, rounded granules, with interspersed much larger tubercles. Granular scales finest over parietal region of head, becoming coarser over body, then more polygonal and flatter on tail. On head dorsum, tubercles small and only slightly projecting, anteriorly commencing in the posterior interocular area, becoming larger, more projecting and with a more conical, slightly posteriorly-tilted apex over nape ( Fig. 11B View FIGURE 11 ). Tubercles on body dorsum larger again ( Fig. 12B View FIGURE 12 ), but with a more longitudinally ovoid base, often with a weak median keel, and relatively low on anterior body, but becoming much more projecting posteriorly on body, over sacrum and onto tail base, where they are markedly conical. Tubercles persist along tail, one to two whorls per segment, becoming lower and less differentiated until eventually losing their distinction by about the fifth dark band. Large tubercles on body dorsum separated by 2-4 smaller granular scales, those on head and nape more widely separated by several scales. Tubercles on body arranged in about 18–23 (mean = 20.5, sd = 1.36, n = 25) roughly longitudinal rows. Dorsum of brachium relatively homogenous, sub-imbricate to imbricate; antebrachium with more imbricate, larger scales distally and over manus, and with dispersed, larger tubercles ( Fig. 13B View FIGURE 13 ). Dorsum of thigh and crus with small, juxtaposed granules and densely packed, large tubercles, only dorsum of pes with imbricate scales ( Fig. 13G View FIGURE 13 ).

Laterally, tubercles commence over temporal region and in postinfralabial area, where they are noticeably larger ( Fig. 11G View FIGURE 11 ) than those of the head dorsum, then along nape and body, where they are smaller and noticeably less protuberant than those dorsally, and along tail, commencing on tail base as prominent, protuberant, conical scales, then rapidly losing differentiation by second dark tail band ( Fig. 14B View FIGURE 14 ).

Ventrally, gular scales small, rounded and juxtaposed, becoming larger, flat and more imbricate over body venter, from clavicular region. Ventral scales at midbody, between ventrolateral skin folds 28–41 (mean = 34.4, sd = 3.74, n = 26). Ventral scales on brachium and antebrachium like gular scales. On ventral surface of thighs, but not on crus or in precloacal region, an abrupt junction between enlarged imbricate scales and much smaller scales posteriorly, enlarged scales 37–45 between distal extent on each thigh (mean = 41.7, sd = 2.37, n = 26). Ventral scales of tail base like those of body, most of tail venter with a single median series of very broad scales about four times the width of adjacent ventrolateral scales.

Pores best developed in precloacal region where they are deep and transversely oriented, becoming much shallower, smaller and rounder distally under thigh. No pubic groove. About three large blunt-tipped postcloacal spurs on ventrolateral surface of tail base, more projecting in adult males than females or juveniles.

Colour in preservative. Dorsal pale ground colour fawn. Head dorsum ( Fig. 11B View FIGURE 11 ) without brown mottling and bordered posterolaterally by a fine pale edge. Pale nape zone bordered posteriorly by a U-shaped mid to dark brown chevron on nape, widest vertebrally, and extending anteriorly over temporal region to eye, then visible as a narrowing, increasingly diffuse streak over the lores to the nostril. Second broad dark transverse dorsal band over shoulders, lateral margins extending more narrowly anteroventrally in front of forelimbs. Three dark bands over trunk, extending lateroventrally with even width, but dissipating over flanks. A dark band over hips in 54% of specimens (n = 26), a pale band in 46%. Tail with dark bands over most of length which become paler and less defined near the tip. When they can be counted to the distal end of tail, dark tail bands 10–14 (mean = 11.7, sd = 1.30, n = 12). On nape and body, dark bands usually somewhat wider than pale interspaces, and with abrupt straight edges; pigmentation darkest along the posterior margin but sometimes a darker edging is also evident along the anterior edge. Bands on tail ( Fig. 14B View FIGURE 14 ) of similar width to body bands, and usually significantly wider than pale interspaces, but darker and more solidly dark than those of body. Pale interspaces on body generally clean.

Upper and lower lips ( Fig. 11G View FIGURE 11 ) cream, finely stippled with brown or with brown mottling. Dorsum of forelimbs and hindlimbs usually with little indication of pattern, although obscure bars are sometimes present on the thighs.

Entire ventral surface usually immaculate cream, including the underside of the tail. Some specimens with diffuse brown mottling which is strongest in the gular region.

Etymology. Named after Keith R. McDonald (b: 1950), Principal Senior Technical Officer, Threatened Species Unit, Queensland Department of Environment and Resource Management, and an Honorary Research Associate of the Queensland Museum, resident of Atherton, and discoverer of numerous north Queensland reptile and amphibian species. It was Keith who first alerted PC that Australian ' C. louisiadensis   ' had an interesting, fragmented distribution and warranted further investigation. Keith was instrumental in collecting many of the initial tissue samples on which this revision is based.

Conservation status. Using the IUCN criteria, this species most closely fits the Least Concern category (LC), in that it has relatively large distribution with little evidence of continuing declines or fluctuations and with extensive parts of its distribution in protected areas.

Cyrtodactylus mcdonaldi   differs from C. klugei   and C. robustus   in having many fewer femoroprecloacal pores (29–35 vs 66 or more; Kraus 2008) in males. The difference in number of pores is mirrored by the number of enlarged scales bearing them, which are countable in both males and females (37–45 vs 66 or more), and by the number of transventral scales (28–41 vs 41–54). It differs from both in having the femoroprecloacal pores broken into three series. Cyrtodactylus mcdonaldi   is much more strongly tuberculate than C. klugei   . It is further distinguished from C. klugei   in having three dark bands across the trunk (vs usually two). It is further differentiated from C. robustus   , with which it shares prominent tubercles, in its lesser size (SVL to 105 mm vs 161 mm; Kraus 2008), presence of a dark band across the hips (vs usually lacking), and marbled lips (vs pale lips). It also lacks the bright orange cloaca of C. robustus   .

For comparisons with C. hoskini   , C. adorus   and C. pronarus   , see the descriptions of those species.

Natural history. At Chillagoe, this species is found around limestone karsts, associated with poorly developed vine thickets, in open savannah woodland ( Fig. 16B View FIGURE 16 ). A specimen from the Mareeba area was collected from an isolated granite outcrop, in granite hill country adjacent to a drainage line, in open forest with a grassy understory. Specimens from Mt Windsor National Park came from a road cutting in granite hills, surrounded by eucalypt-dominated woodland. The Parrot Creek (Shiptons Flat) site is comprised of exposed granite along a drainage line in wet sclerophyll forest. Genetic samples from Mt Poverty were collected from animals living on granitic outcrops in tall eucalypt forest (Keith McDonald, pers. comm.). Cyrtodactylus   (not sampled but presumably C. mcdonaldi   ) have been found in the Bloomfield area on trees in open woodland, where few rock outcrops occur (Lewis Roberts, pers. obs.). They are also known to colonise houses in this area and at Shiptons Flat (Lewis Roberts, pers. obs.). 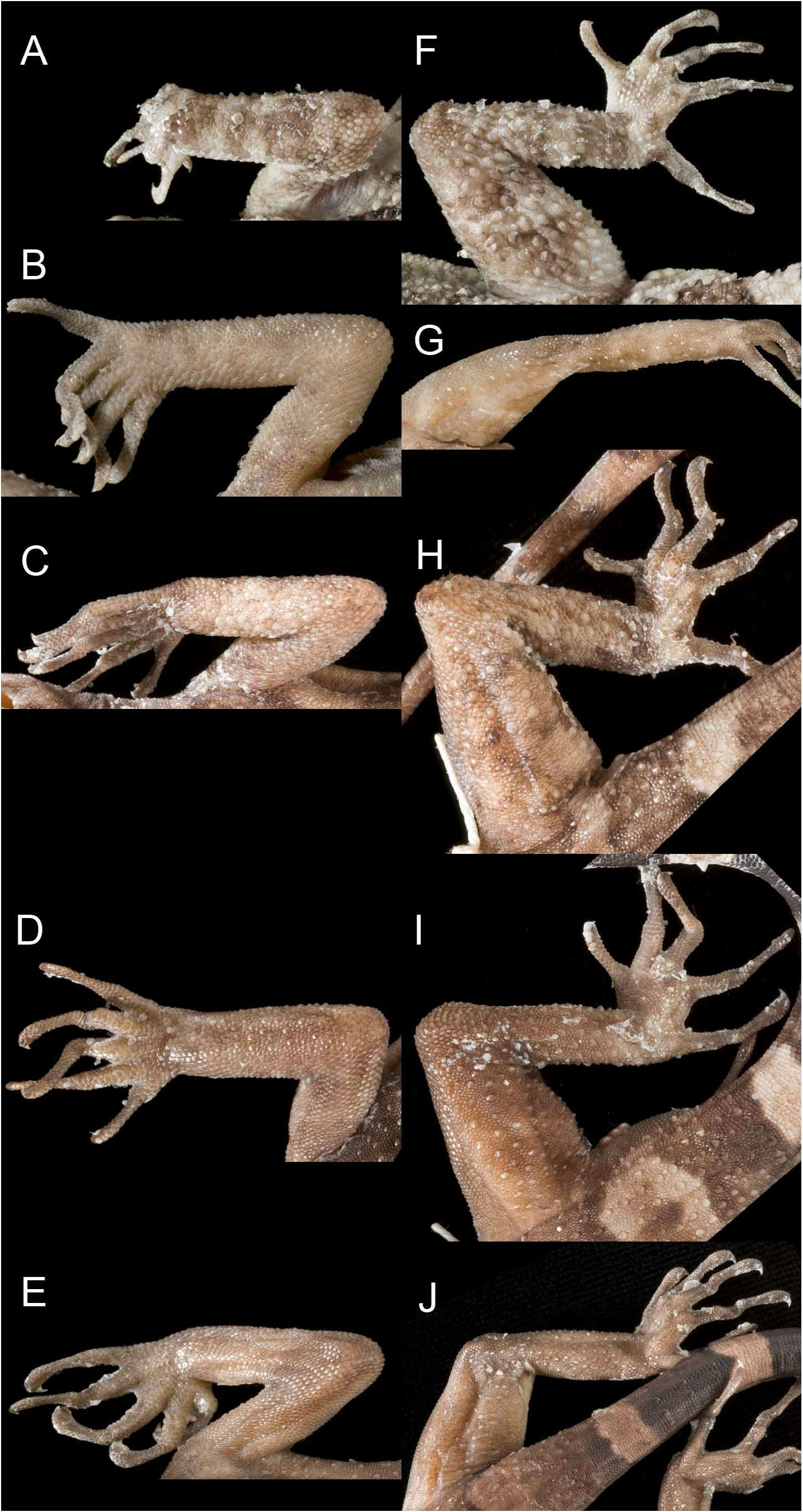 FIGURE 16. Habitats of A. Cyrtodactylus tuberculatus at Black Mountain, Qld (Photo: A. Amey) and B. C. mcdonaldi at Chillagoe, Qld (Photo: P. Couper).