Etymology: The specific name is given to honor the collectors of the species.

Elytra: 0.19 mm long, 0.31 mm wide; widest in posterior half; shoulders smoothly curved, not rectangular; setiferous punctation large and dense; setae moderately long and yellow; on average, interstices between punctures less than half as wide than diameter of punctures; without microsculpture; surface slightly shiny.

Abdomen with similar dense and deep punctation as on elytra; setae also moderately long and yellow.

Protibia with five spines at outer edge and few setae on posterior face.

Diagnosis: N. pecki   is the smallest species of the genus. In contrast to N. brasiliensis   and N. lutzi   , it is lighter yellow. Concerning the shape of the pronotum, it resembles N. brasiliensis   , but the surface is shinier due to the less deep microsculpture. Compared to N. lutzi   , the pronotum of N. pecki   has no emargination in front of the posterior angles. 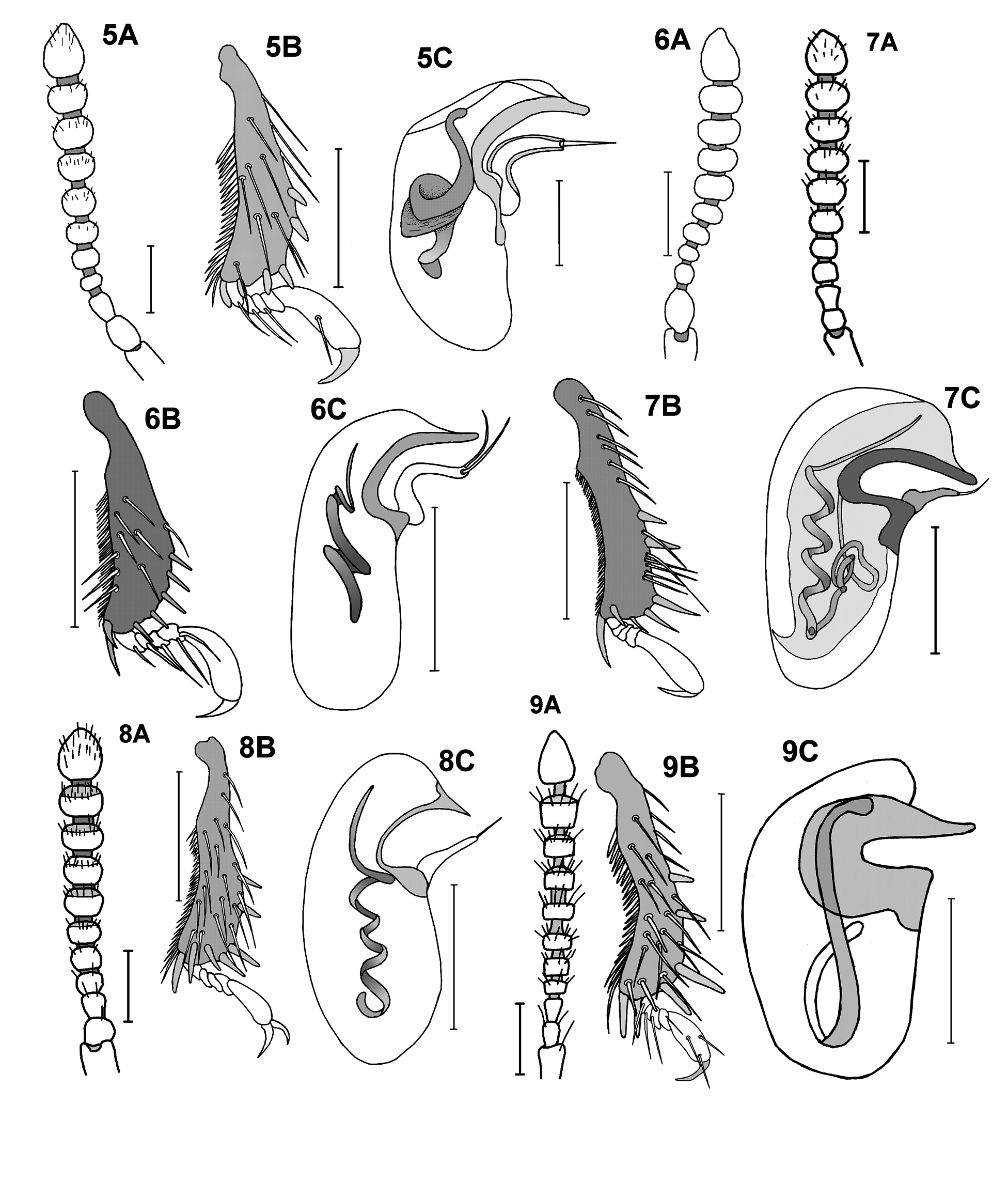