Plants with buds and young fruits have been collected in May.

(Fig. 11View Figure 11). Miconia bullotricha  is restricted to the mountains of the Guantánamo province, Cuba.

We do not have extensive knowledge of numbers of individuals per population or the reproductive biology of this species, so the conservation status of Miconia bullotricha  cannot be critically evaluated at this time and should be considered data deficient. More fieldwork is imperative before its status can be assessed. 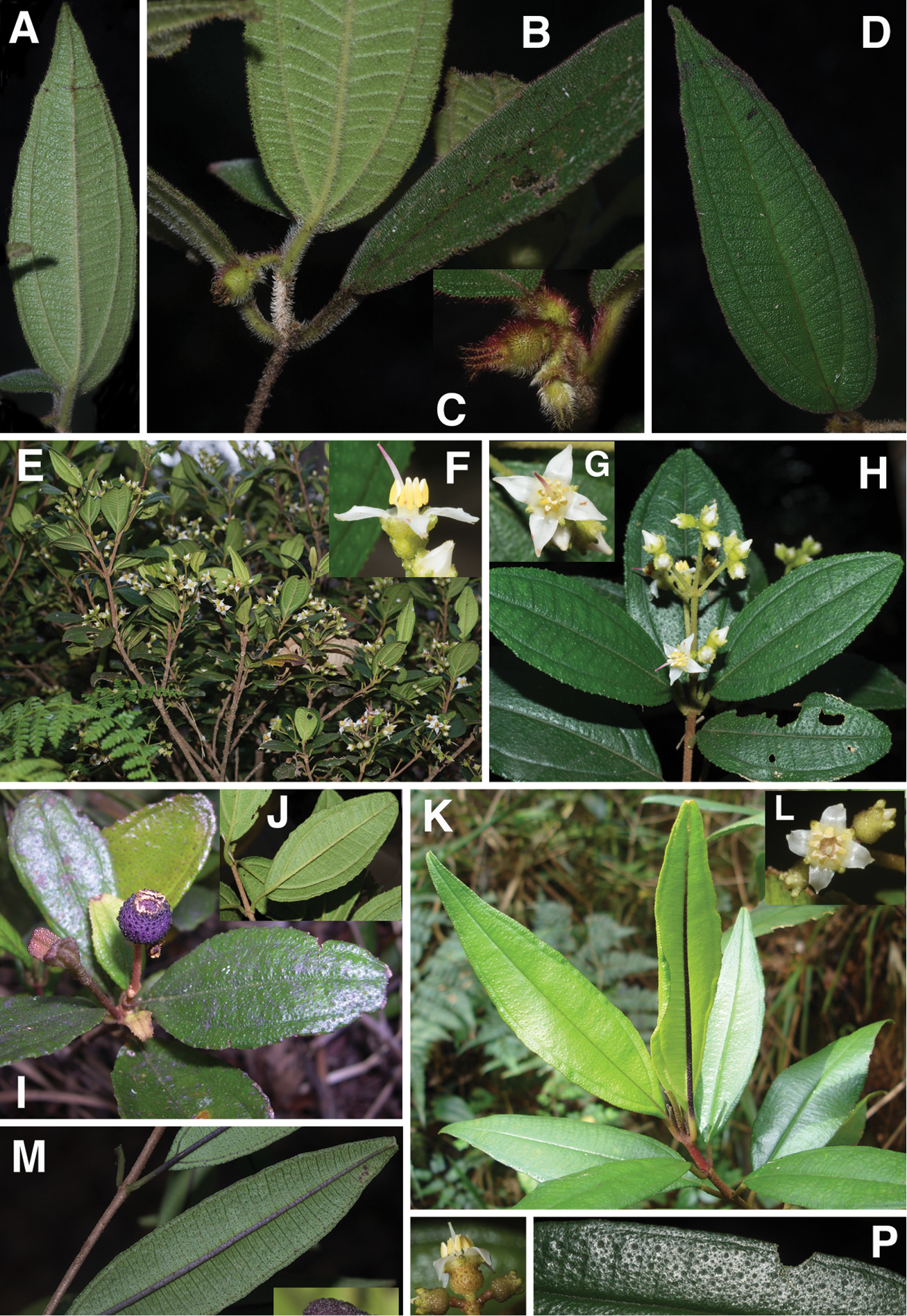 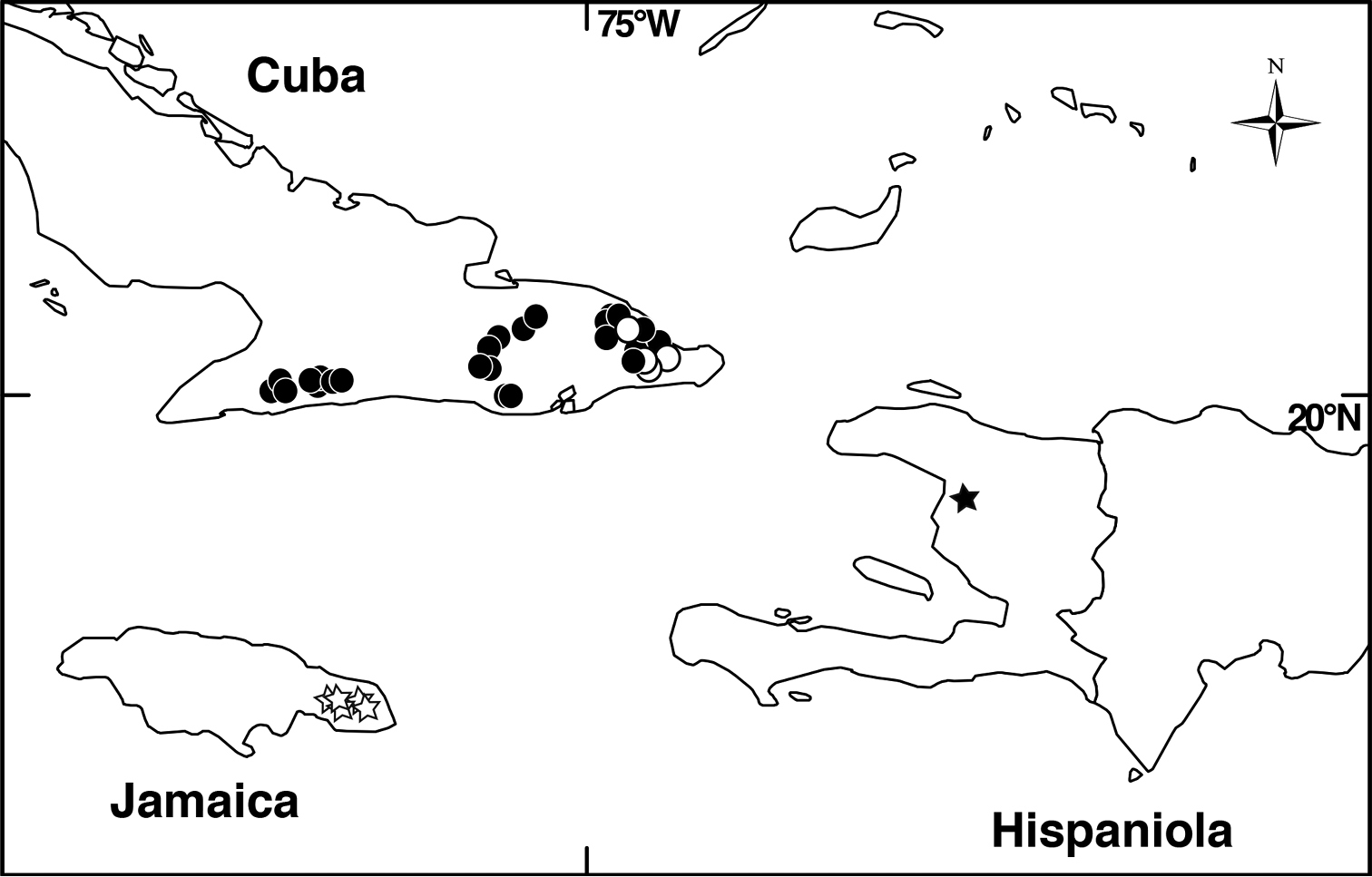 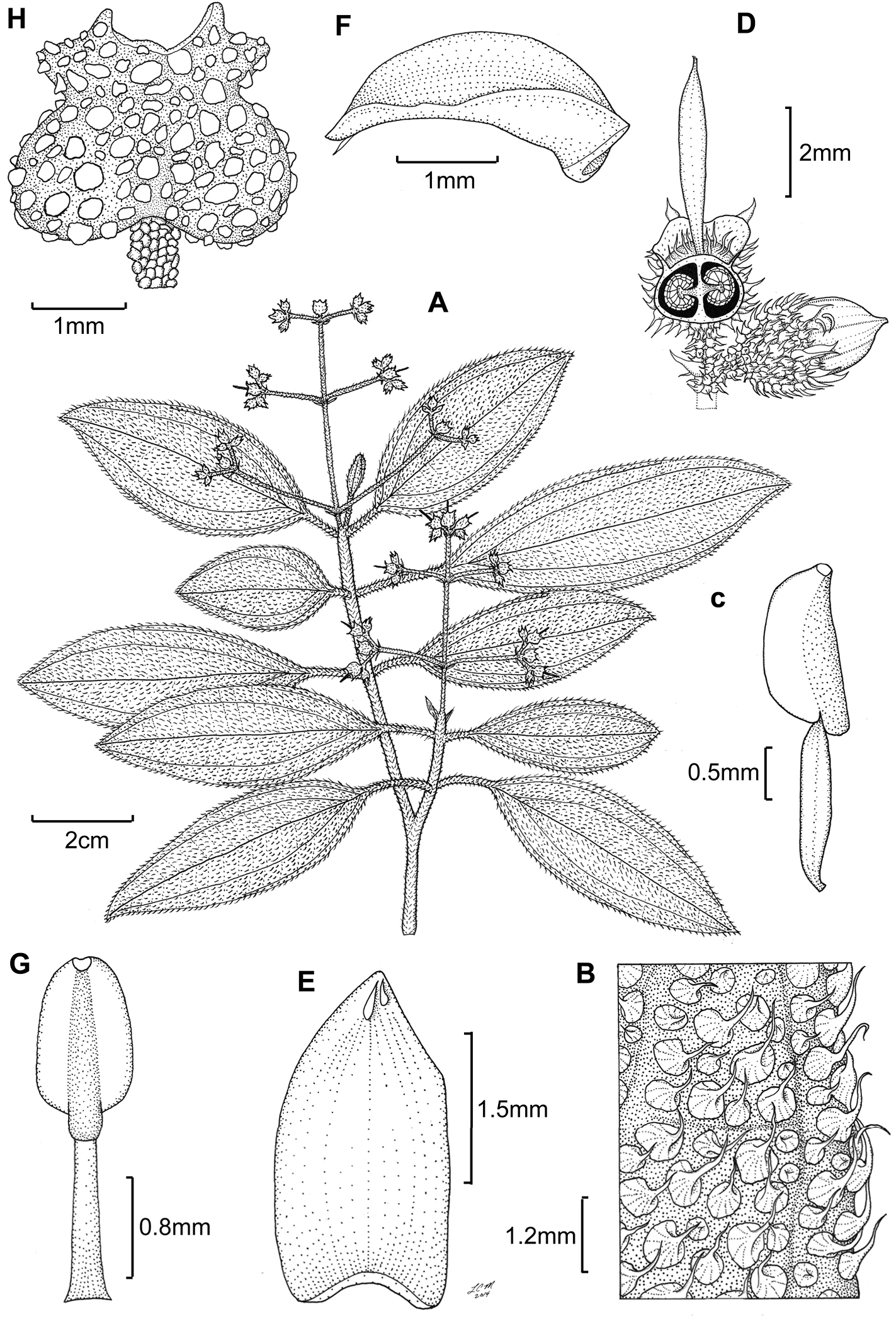 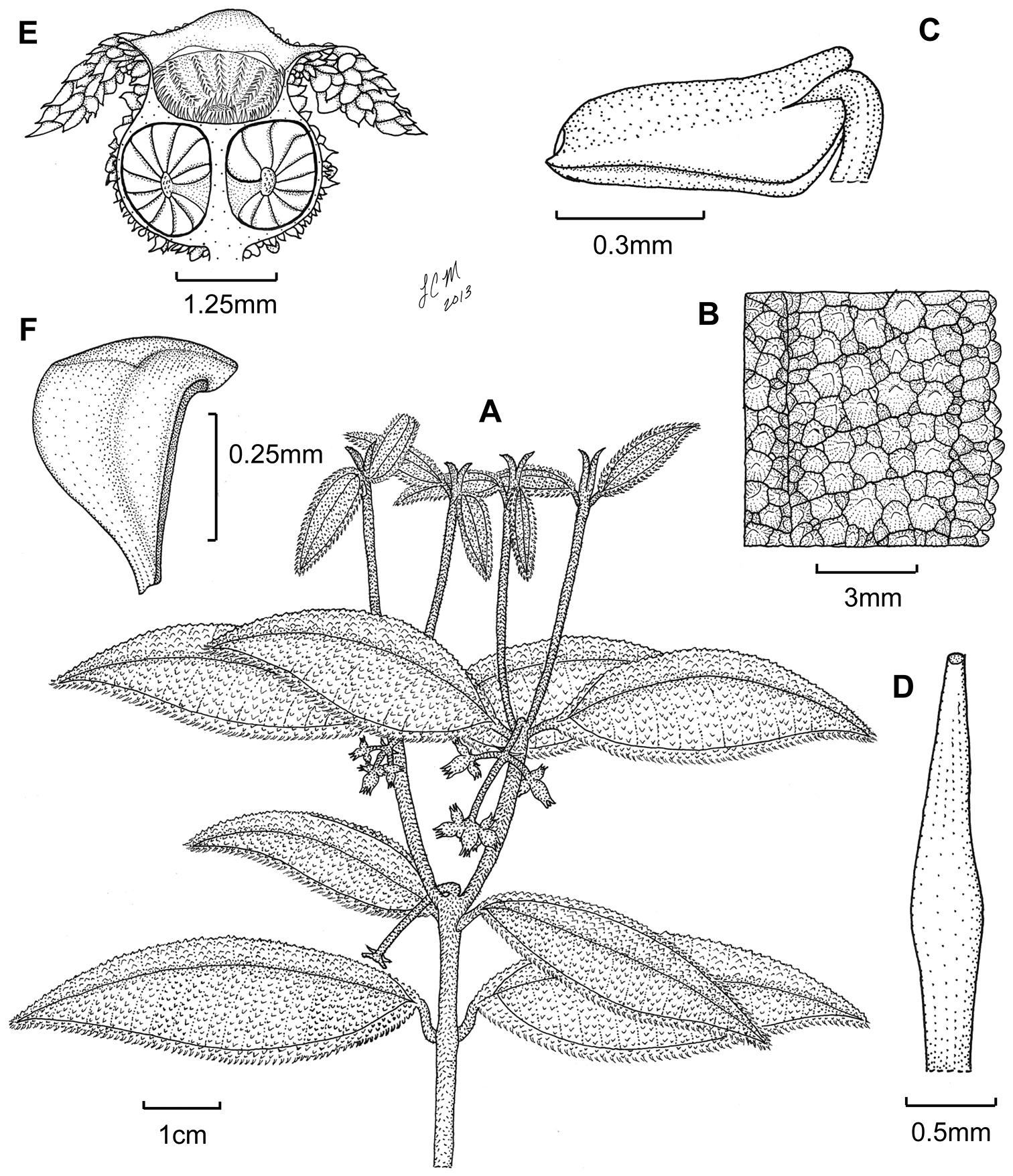 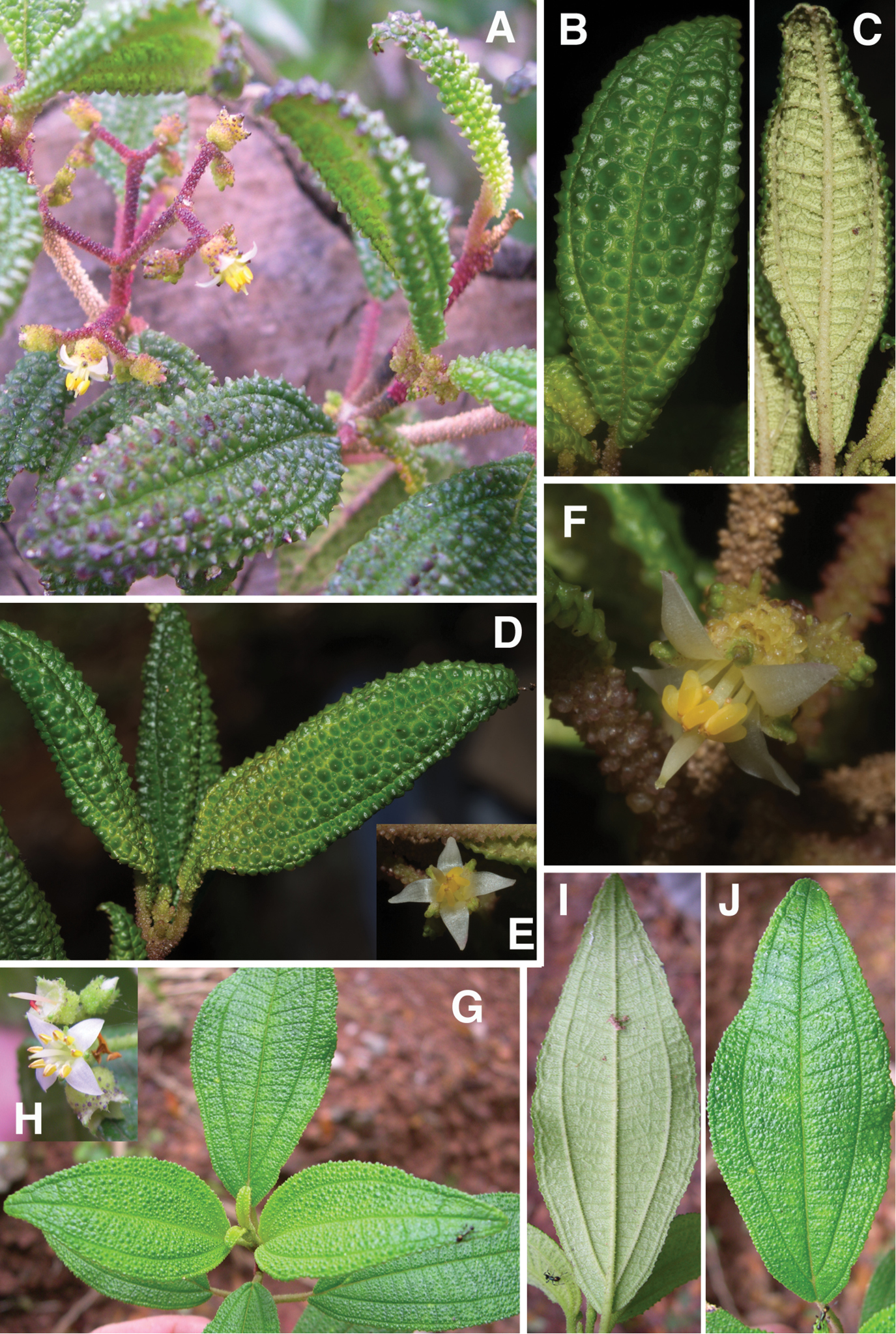