Colour. — In life, the colour was an orangish-yellow to pale yellowish-white, with branchial regions paler; setae on the chela were dark brown ( Fig. 1 View Fig ).

Etymology. — Named for Max and Beverley Orchard. As Head Ranger on Christmas Island for 18 years, and continuing on as Project Officer, Max, with the wonderful support of his wife Bev, have worked tirelessly for the conservation of the biota of Christmas Island. In particular Max, has spearheaded the control of the Yellow Crazy Ant ( Anoplolepis gracilipes   ), which has had a devastating effect on the crab populations of the island. Without people who care, like Max and Bev, the world would be a much poorer place!

Habitat. — Orcovita orchardorum   , new species, and O. hicksi   , new species, are relatively abundant in Whip and Runaway Caves that are about 50 m apart from each other above ground and almost certainly have a subterranean connection. Both caves are tidally and freshwater influenced brackish anchialine habitats. Orcovita hicksi   , new species, has also been collected 19 th Hole Cave, which is only a few kilometres away. Both species were found from Freshwater Cave, near The Blowholes a site much further south. As these animals clearly have a marine dispersal phase, this is not surprising. We only managed to collect one ovigerous female (17.3 × 14.3 mm, ZRC) from Whip Cave but we could not get the eggs to hatch. The eggs are small and numerous, and typical of varunids.

In general, according to Humphreys & Eberhard (2001), the cave waters are all well oxygenated (dissolved oxygen>73% saturated) and the pH (7.65±0.41, N =13), with the marine caves having salinities ranging from 0.39–16.5 g L– 1 TDS (sea water c. 36 g L– 1 TDS). Specific physico-chemical measurements for Runaway Cave, and the nearby 19 th Hole Cave, are presented in Table 1. Runaway Cave is brackish with salinities ranging from about 9–18 ppt. No measurements deeper than 2 m were taken so it is not known if deeper waters become suboxic as reported for many other anchialine systems (see Sket, 1996; Humphreys, 1999; Iliffe, 2000). 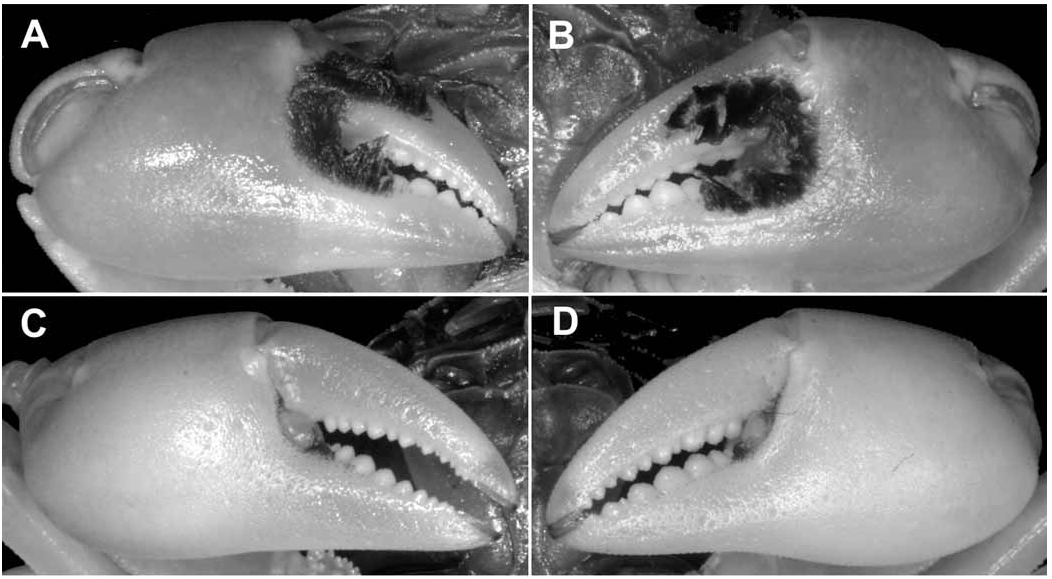 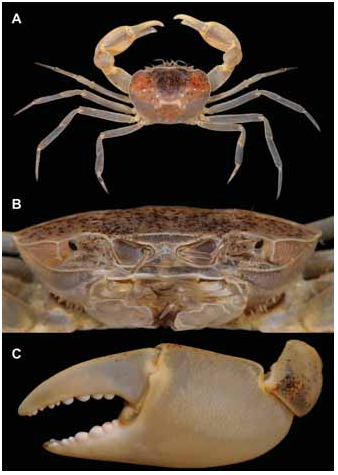 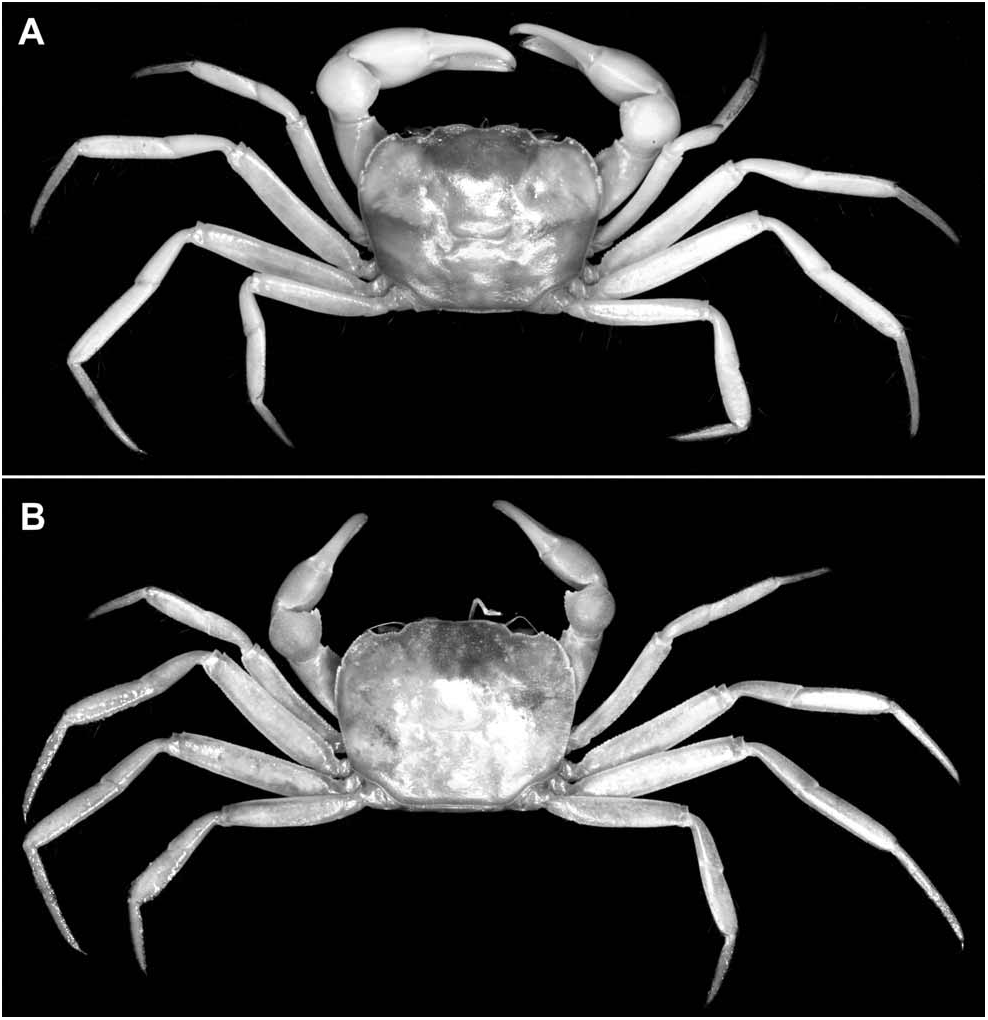