The colonies are approximately 120 mm in diameter, comprising a transparent gelatinous test that can vary widely in colour from mauve (RP 5/4, NIWA 49968) to light tan (YR 7/4, NIWA 49974). The colonies have a basal mat with tightly packed flat-topped lobes approximately 10 mm high and 10 mm in diameter ( Figure 3A View Figure 3 ). Sand adheres to the sides of the lobes, but the heads and test internally have no incorporated sand ( Figure 2A View Figure 2 ). Up to 10 zooids are arranged in circular systems around a common cloacal aperture. Several systems may occur on a single head.

The zooids have a narrow branchial aperture with 12 long oral tentacles. There are three longitudinal vessels on each side of the branchial sac with 10–12 rows of 13 stigmata per half row. The atrial aperture is produced into a short siphon ( Figure 2B View Figure 2 ). There is a single fan-shaped testis follicle with numerous, sometimes divided lobes on each side of the branchial sac ( Figure 2C View Figure 2 ). Up to four embryos can be found developing anterior to the testis follicles on each side of the branchial sac. The stomach is oblong with nine continuous folds excluding the typhlosole, which extends into the pyloric region of the stomach ( Figure 2D View Figure 2 ). A pyloric caecum approximately half the length of the stomach arises from the pyloric end of the typhlosole, curving in towards the pole of the gut loop. There is a distinctive ‘bulb-like’ protuberance at the distal end of the caecum that varies

in size among zooids. A pyloric gland is evident on the distal part of the intestine adjacent to the bulbous end of the caecum.

The specimens examined from Fiordland closely resemble colony morphology of the Stewart Island holotype described by Brewin (1958a). The characters that distinguish New Zealand and Australian Botryllus stewartensis ( Kott 1985)   are the arrangement of zooids in circular systems at the terminal end of sandy flattopped lobes, an atrial siphon with a short languet, fan-shaped testis follicles and an inwardly curved lobed caecum on the left side of the stomach. Detailed examination of the stomach morphology shows nine folds excluding the typhlosole, which may have been included as the 10 th fold in descriptions by Brewin (1958a) and Kott (1985). Neither of these authors noted the presence of a pyloric gland, distinctive in specimens described in this study. 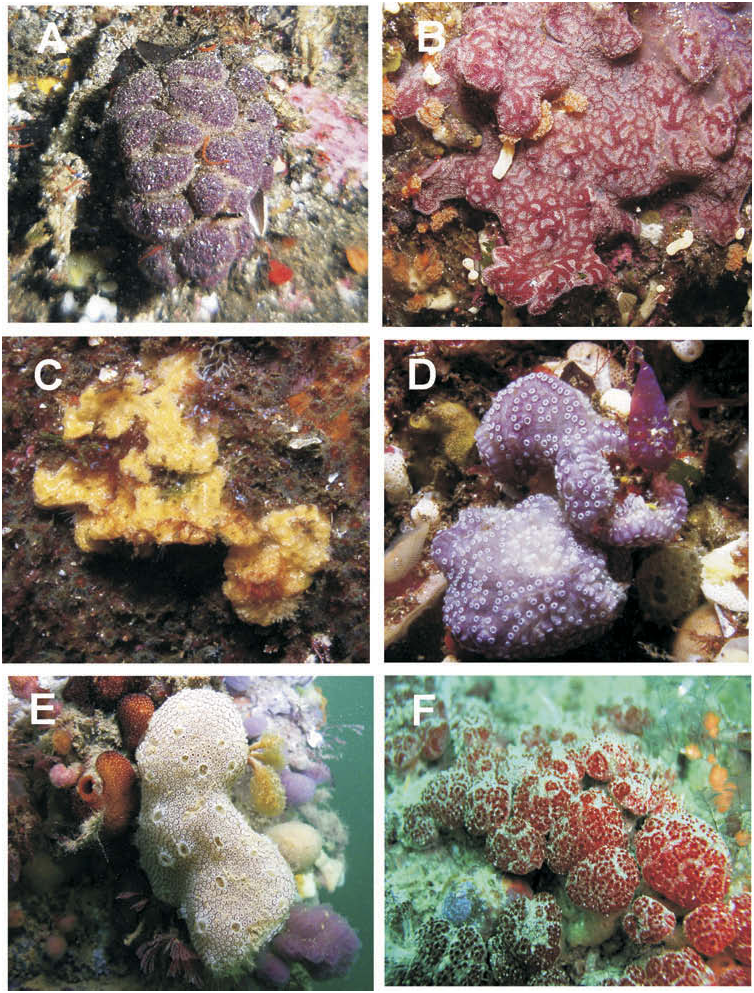