The specific name refers to the coarse carapace texture of the species.

The species can be recognized by its relatively small size, coarsely tuberculate carapace surface, and carapace lacking a fovea ( Figure 2F View Figure 2 ).

The abdomen is separated from the carapace and the total length provided here is an estimate based on the sum of the carapace and abdomen, excluding the pedicel. The chelicerae were held very firmly together and the dentition was not investigated to avoid further damage to the holotype. 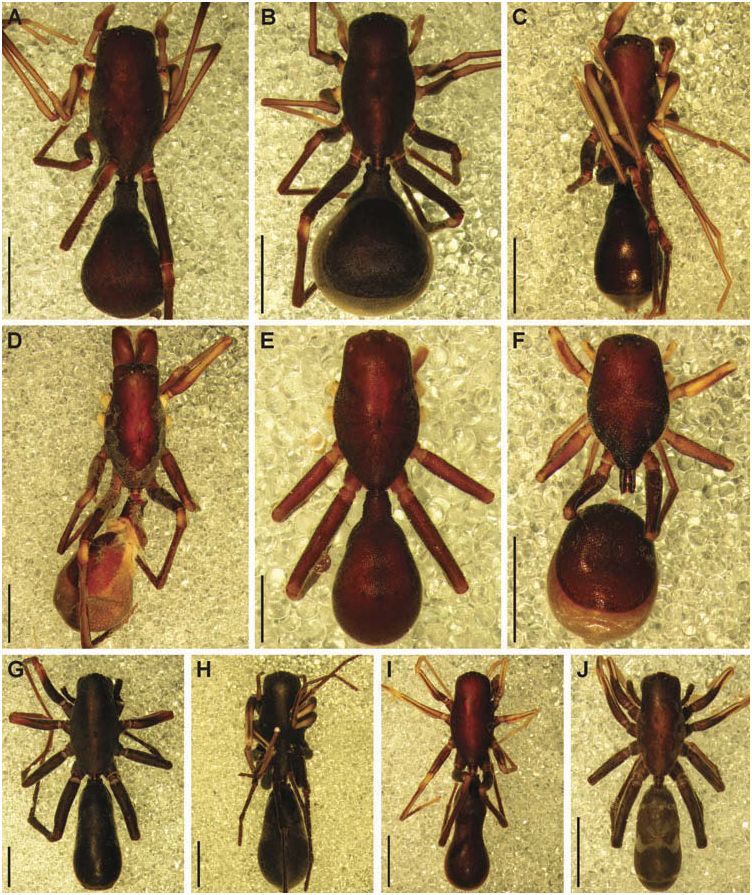 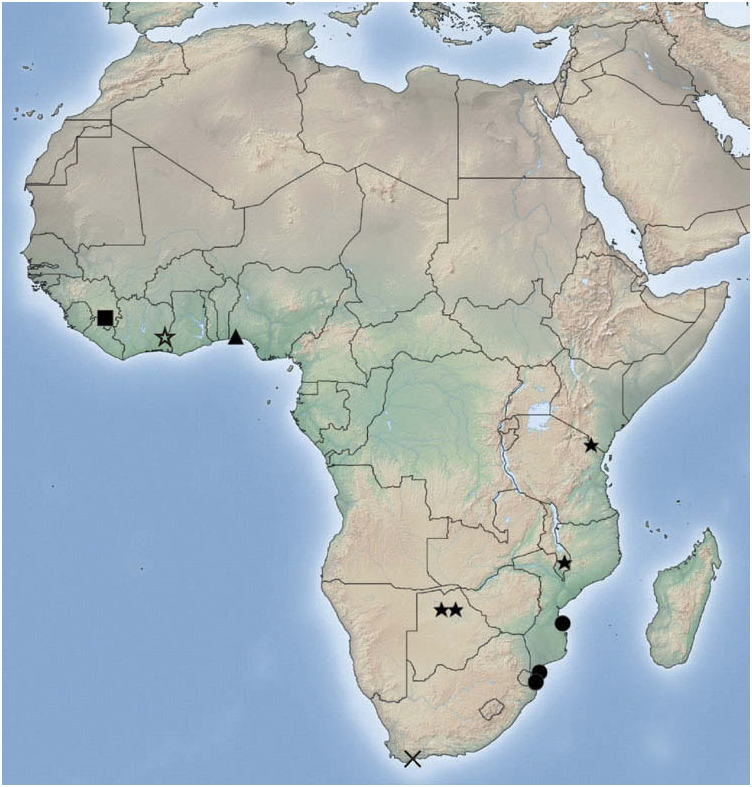