An apparently new species of Apochinomma   collected only from fynbos habitats in the De Hoop Nature Reserve in southern South Africa was discovered ( Figure 16 View Figure 16 ). This species has very distinctive white abdominal markings, notably a transverse anterior band, a median X-shaped marking and posterior ring ( Figures 1E View Figure 1 , 2J View Figure 2 , 3I View Figure 3 ). One of the specimens, a subadult female, measured 6.3 mm in total length, and it is therefore likely that the adult female will only be marginally larger, probably less than 8.0 mm in length. This species will not be formally described until adults have been discovered. Based on the carapace shape and relatively elongate abdomen, this species clearly belongs to the A. decepta   species group. 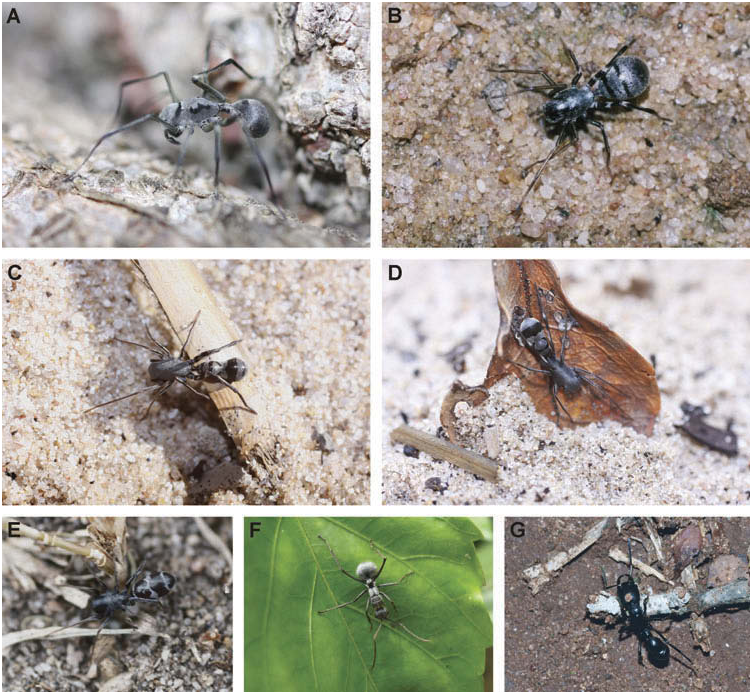