Diagnosis. Trisinuata is a largely New Guinean genus that belongs in a group of 10 genera characterized by: an elongate slender aedeagus with LL concealed behind the ML when viewed from beneath, pronotal width less than width across the elytral humeri, parallel-sided elytra, aedeagal sheath elongate slender, widest across the middle, with posterior half of sternite tapering evenly towards a narrow entire apex; bulbous paraprocts absent. Males have bipartite LOs in V7, expanded horizontal PLP in New Guinean species, trisinuate posterior margin of V7, and several species have deflexed elytral apices. Males are distinguished from Colophotia which has median carina on V7 between LO halves, and oblique PLP; from Pteroptyx in lacking bulbous paraprocts and an MFC; from Pyrophanes in lacking incurving lobes along the posterior margin of V7; from Australoluciola , which has entire LOs in V7 by the bipartite LOs; from Medeopteryx in having bipartite LOs in V7 with expanded PLP. It differs from Inflata indica in lacking the bulbous ML and paraprocts on the aedeagal sheath. Three species are dorsally brown; the remaining species have orange yellow pronota with dark brown elytra. Females associated by label data are macropterous. Larvae are not associated. 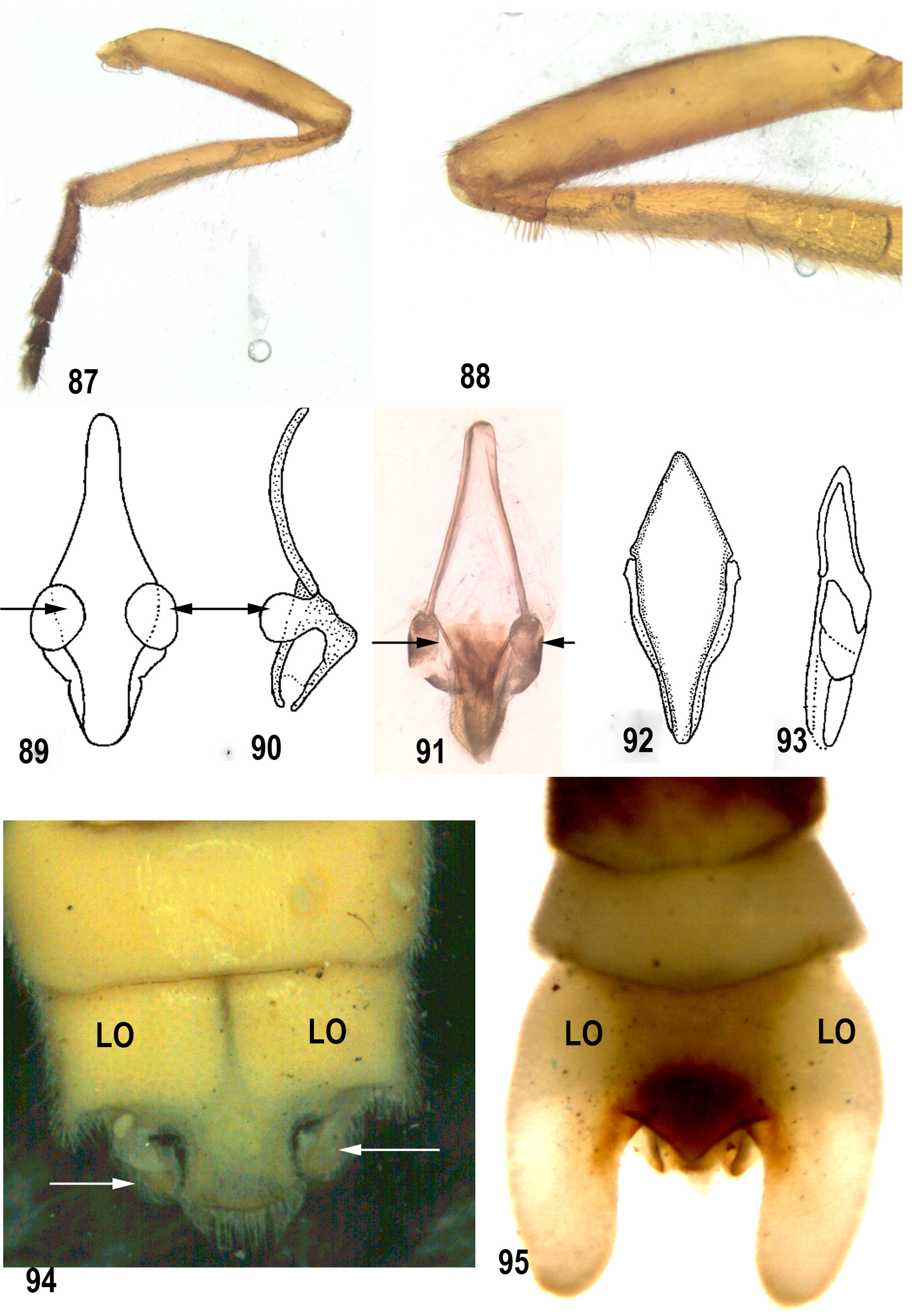