We were not able to find the type material of C. daemeli , neither in Muséum national d’Histoire naturelle, Paris (MNHN) nor in the NHMUK. Copelatus daemeli is originally a manuscript name of Wehncke. The depository of many of Wehncke’s types is unknown, but those which were found and studied are mostly stored in the MNHN. The identity of the species is quite clear and it cannot be confused with any other Australian (or New Guinean) species, therefore the designation of a neotype is not necessary and simply refers to undoubted identity of the species in the revision of Watts (1978).

Dorsal surface sculpture: Whole surface shiny ( Fig. 4 View Figure 4 ). Head uniformly microreticulated, reticulation weakly impressed with very small meshes. Densely, weakly and minutely punctate; rows of coarse punctures present around inner margin of eyes and in small depression anterolaterally of eyes. Pronotum with lateral beading very thin and indistinct. Microreticulation similar to that of head. Punctation similar to that of head; row of coarse punctures present along anterior margin, basal margin (except for basomedially), and laterally close to sides. Elytra with microreticulation similar to that of head and pronotum, but less impressed. Serial punctures very indistinct, located in striae 4, 6, 8 and 10. Each elytron with ten discal and one well marked submarginal longitudinal stria, alternate striae shorter apically and with a tendency to be interrupted basally. Striae 3 and 5 reduced to a few short grooves and stria 2 broken up basally. Submarginal stria reaching from middle of elytra almost to apical end of stria 10.

Antennae and legs: Antenna with antennomeres long and slender. Protibia modified, angled near base, slightly broadened anteriorly. Pro- and mesotarsomeres 1-3 distinctly broadened, with adhesive discs on their ventral side; claws simple.

Similar to male in habitus. Protibia simple, not angled basally and only slightly broadened distally; pro- and mesotarsomeres not broadened, without adhesive setae.

A dimorphic species. Despite the fact that all specimens studied are rather uniform in habitus and colouration, they vary in extension and number of their elytral striae. Several specimens of both sexes, collected at the same spot at the same time with the main form (NT, Robin Falls), have 11 fully developed elytral striae. ( Fig. 3 View Figure 3 ).

On the first view C. daemeli (especially the form with 11 elytral striae) resembles C. bakewelli but differs in the lack of short striae on the pronotum, the larger size, and the less developed and often shortened and reduced elytral striae in most of the specimens. Furthermore, both species can easily be separated by the form of the median lobe.

Endemic. The species is distributed from the Kimberley region in Western Australia, over Northern Territory (Melville Island, Kakadu Area and around Darwin) to coastal Queensland (Cape York Peninsula) south to Townsville ( Fig. 21 View Figures 20, 21 ). Always rare and collected only in low numbers.

The habitat of C. daemeli is not well-known. The few specimens have been collected mainly in seasonal habitats, preferably in forested areas. Several specimens were obtained from isolated pools of intermittent creeks and streams, and pools adjacent to streams in eucalypt or tropical woodland ( Fig. 32A, B View Figure 32 ). In Queensland Larson (1993) found a few specimens in a small, silty drying water hole in the otherwise dry bed of a small intermittent stream. Few specimens were taken from a slow flowing spring-fed stream. The species is also attracted to light. 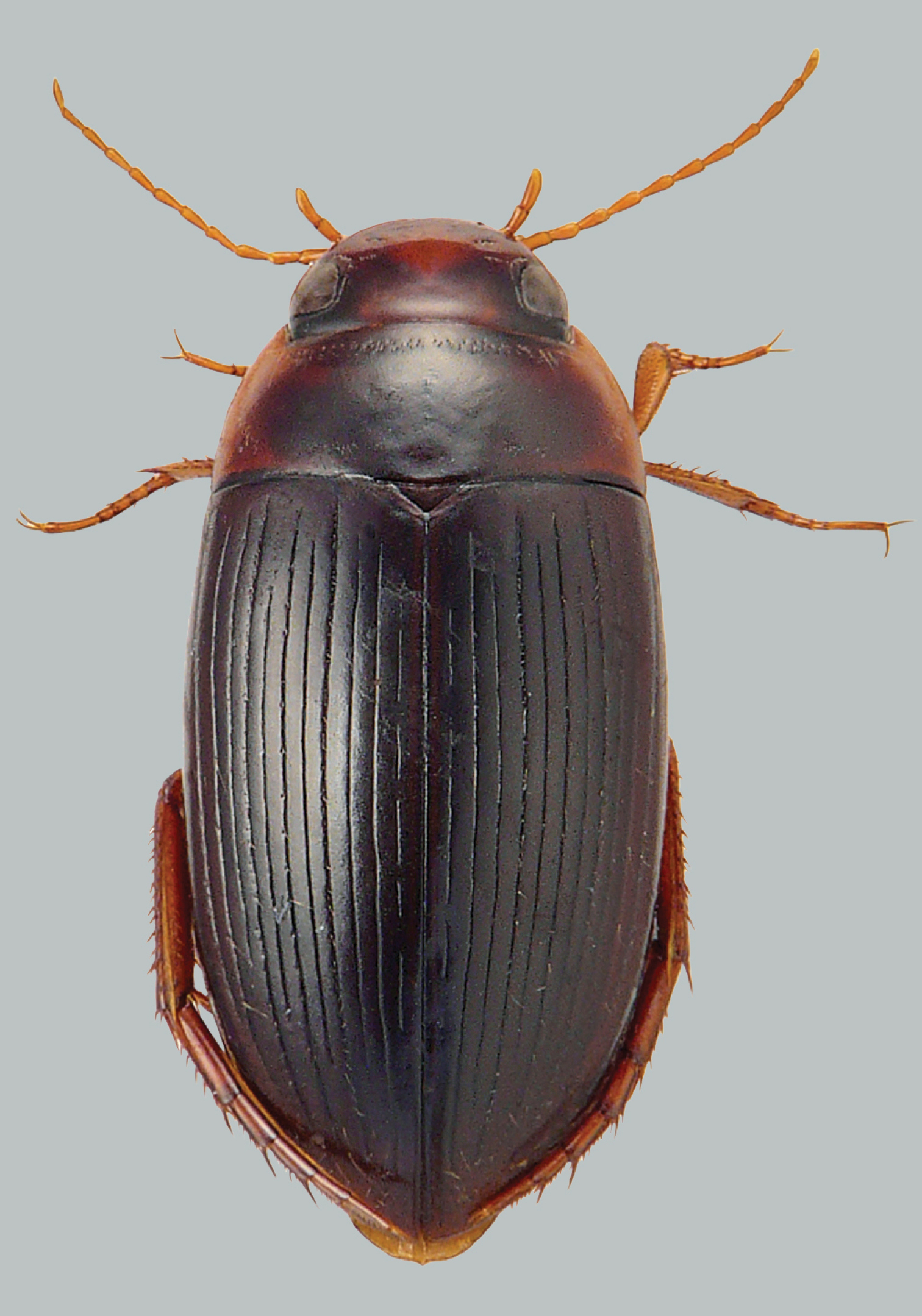 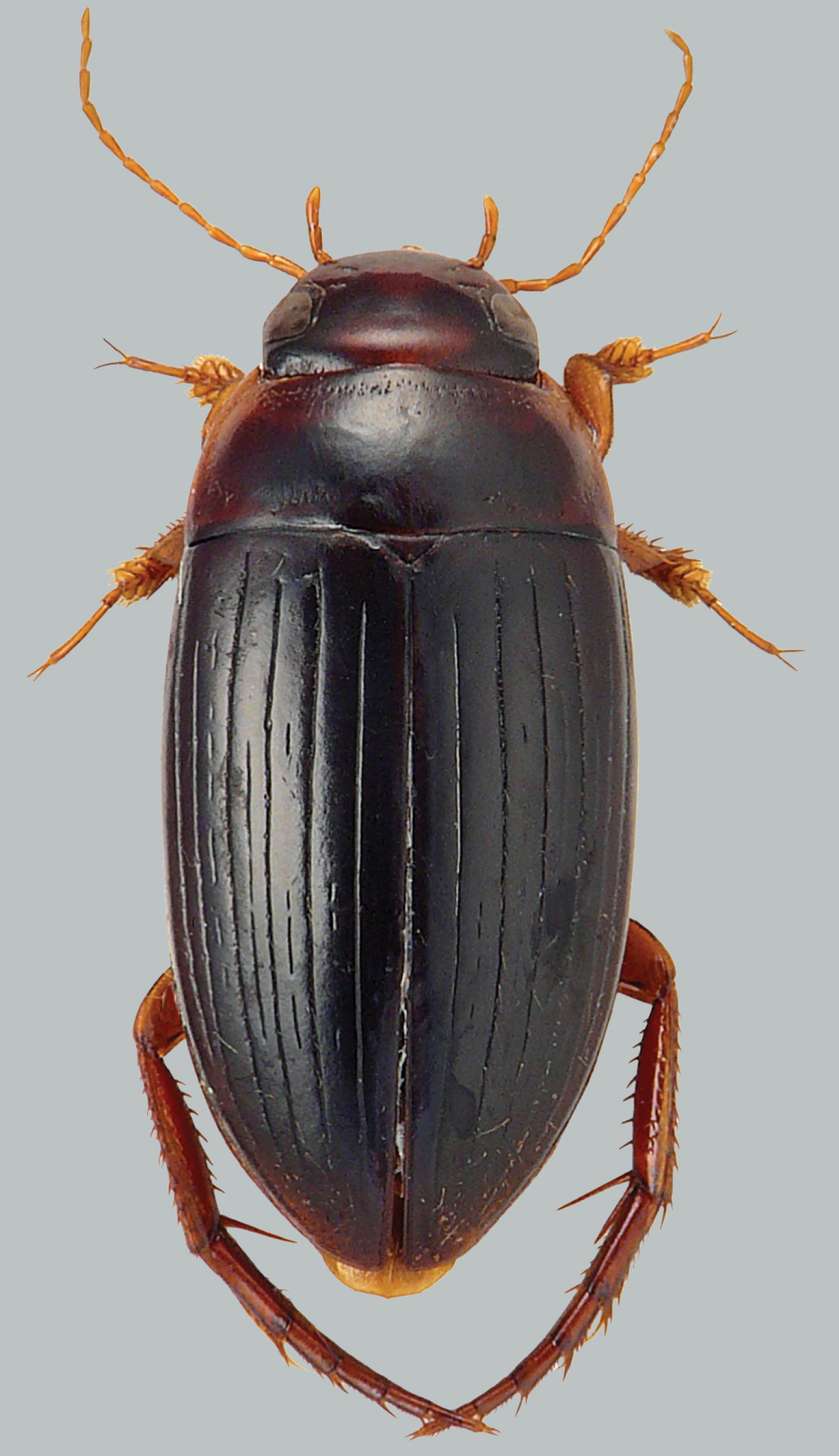 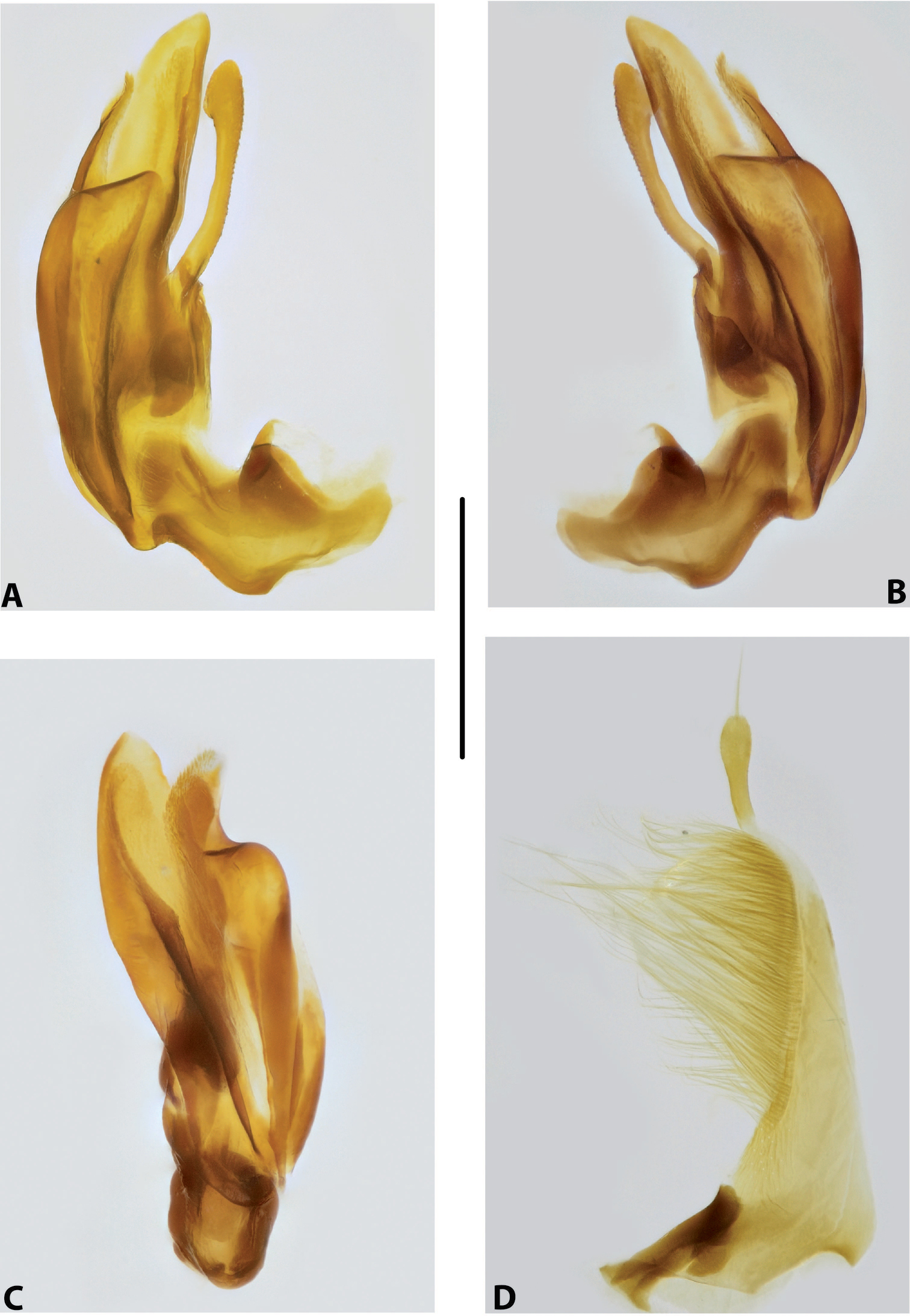 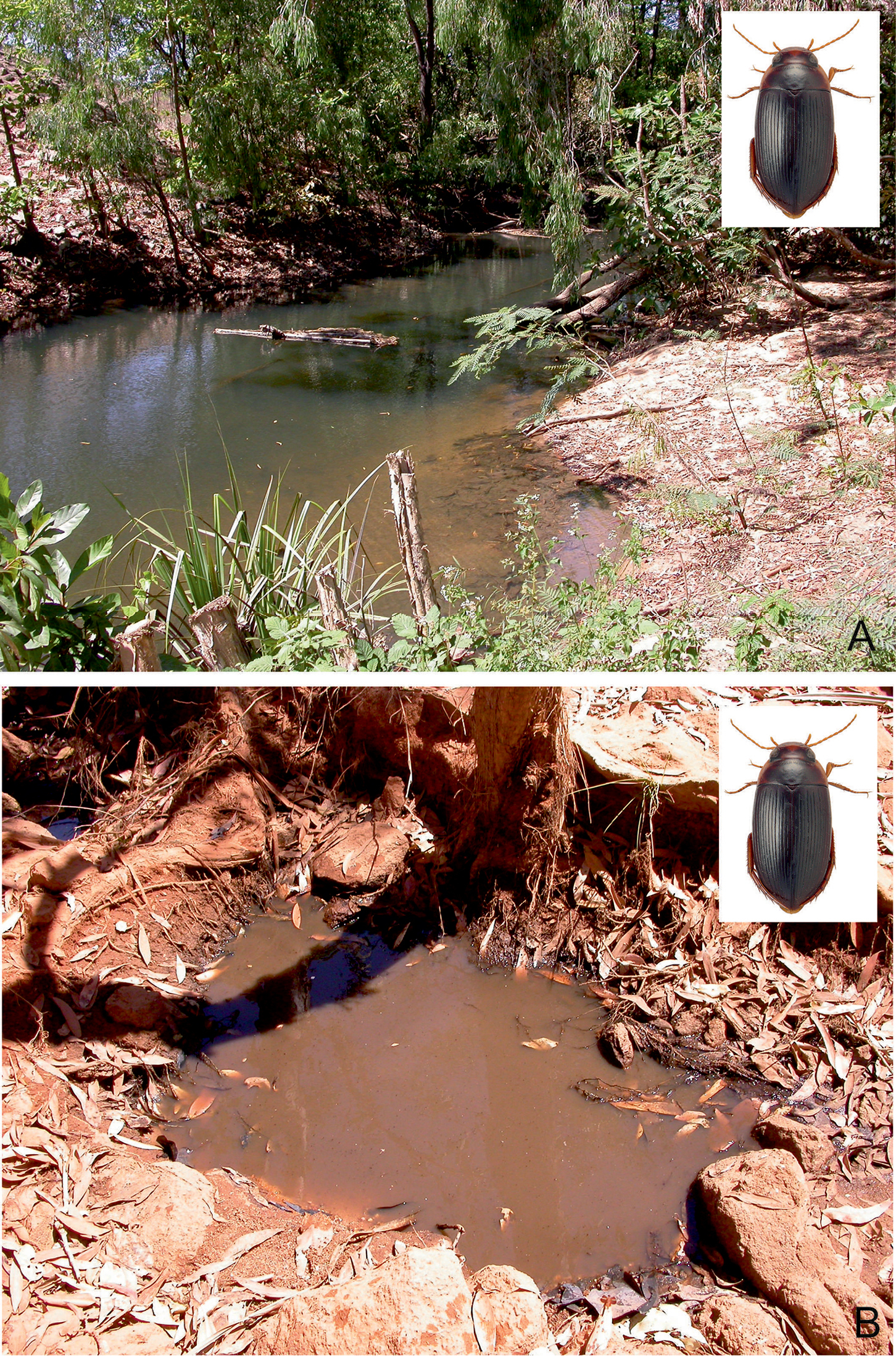 Figure 32. Habitat of Copelatus daemeli A Finnis River, Northern Territory, all beetles were at the edge among rotten leaves and twigs B small puddle filled with leaf litter at the road to Gunlom, Kakadu National Park, Northern Territory. Photographs by L. Hendrich. 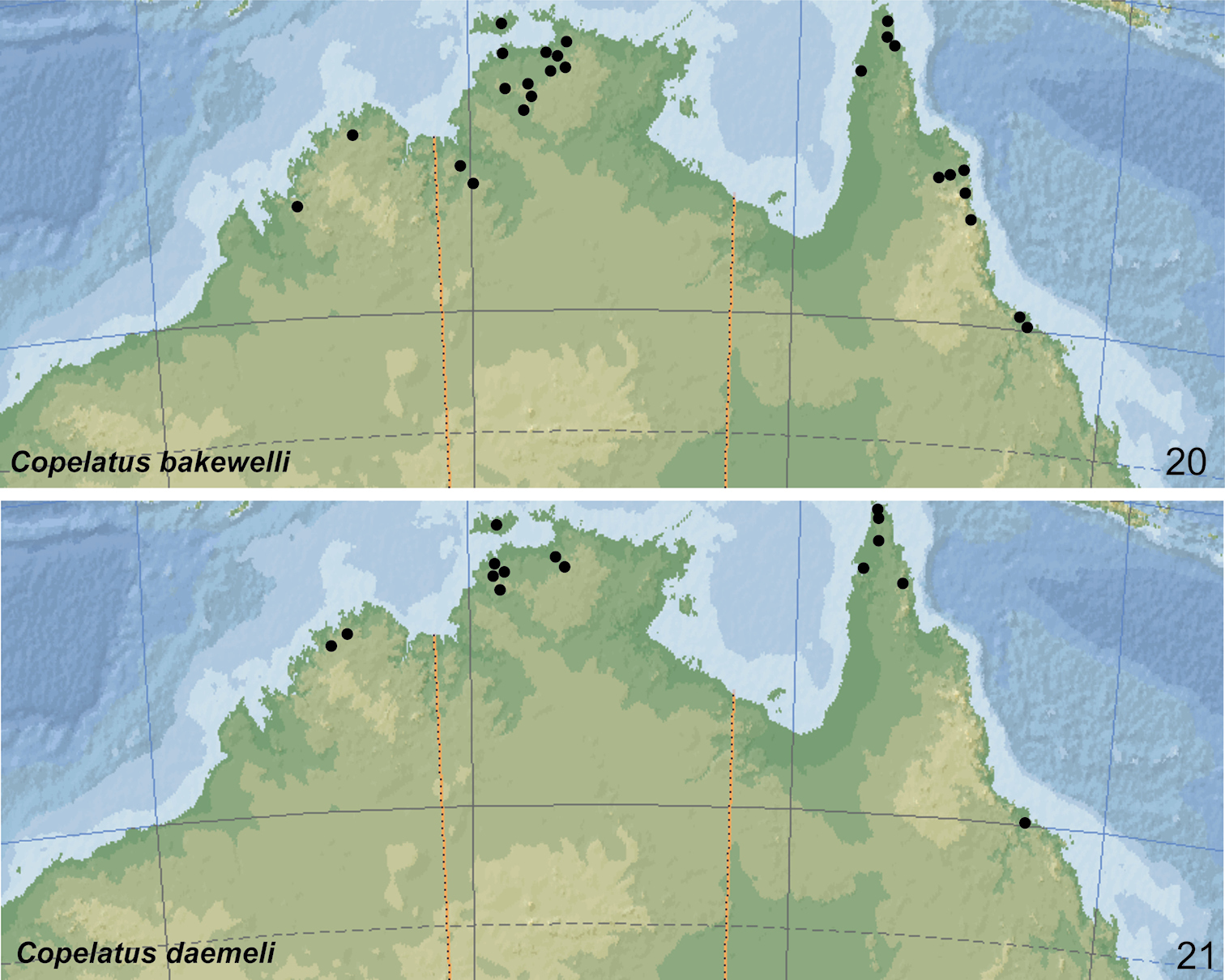