Etymology. The specific epithet refers to the city of the type-locality (Olhos D’Água cave): Itacarambi.

Pereonites separated when the body is stretched, posterior tips more developed from pereonite 5–7. Pleon narrower at pleonites 1 and 2. Telson strongly depressed in relation to pleon and uropod protopods, laterally concave with truncated apex.

Right mandible with 1 penicil between pars incisiva and lacinia. Left mandible with 2 penicils; molar process more projected than in right mandible. Maxillula outer lobe with 5 + 5 teeth, 2 slender plumose setae present; endite with 3 penicils, inner penicil is the longest. Maxilla setose with 2 lobes: one bigger and rounded and other smaller and narrower. Maxilliped basis triangular enlarged on distal portion; endite narrow, densely setose, with 1 large rounded apical penicil between 2 triangular teeth; palp with 3 projections, each of them with 1 tuff of setae.

Remarks. Xangoniscus itacarambiensis sp. nov. was placed in Xangoniscus due to the (1) cephalon with large antennal lobes, (2) absence of penicil on the molar process of the right mandible, (3) presence of lines of scales on pereopods, (4) male pleopod 1 exopod shorter than endopod 5, (5) complex apical part of the male pleopod 2 endopod, (6) unbranched dactylar seta of the pereopods and (7) genital papilla not enlarged distally. The new species shares more morphological traits with X. odara than with X. aganju , like the number of antennal flagellum, shape of male pleopod 2 exopod, absence of concave distal margin, presence of a large rounded penicil between two triangular teeth in the maxilliped endite and type of dorsal scale-setae. The morphological data suggest that X. odara and X. itacarambiensis are putative sister taxa. The new species presents the cephalon well-detached from the first pereonite, while in X. odara the head is more thickset. Furthermore, differences are observed in the proportion of antennula articles, number of aesthetascts in the antennula and in the distal lobe of the pleopod 2 endopod. Further characteristics comparing the Xangoniscus species are presented on Table 1.

The Olhos D’Água cave is inserted in a conservation unit of integral protection opened to visitation, the National Park Cavernas do Peruaçu, but the access is not allowed for all the caves. Olhos D’Água cave is not included in the touristic route, what somehow ensures the conservation of the species and the cave community as a whole. Other caves in the region were inventoried in the last 20 years and any other population of X. itacarambiensis sp nov. was recorded. Despite of the favorable condition of the cave, which is protected within a Conservation Unit, the endemism of X. itacarambiensis , as well as of other rare troglobites, represents a risk by itself.

The cave is inserted in a region of transition between the biomes Cerrado (Brazilian Savannah) and Caatinga, a semi-arid biome (Ab’Saber 1977). Since X. itacarambiensis presents an amphibious habit, as its con-generics, the species depends on both the aquatic and terrestrial habitats, therefore long dry periods may represent a natural disturbance for the population, which individuals probably migrate inside the cave searching for wet and aquatic microhabitats. It is important to mention that given the presence of a predator in the stream (the troglobitic fish Trichomycterus itacarambiensis ) it is unlike that the individuals of X. itacarambiensis migrates to the stream when the travertine dams dries. In this sense, specimens of X. itarcarambiensis have never been found in the stream. Accordingly, it is probable that specimens migrates to epikarstic compartments during dry seasons, returning to the cave in the subsequent rainy periods, searching for food (as bat guano or plant debris deposited in the travertine dams during cave flooding). However, more studies with X. itacarambiensis sp nov. regarding its ecology and behavior are encouraged to elucidate this issue. 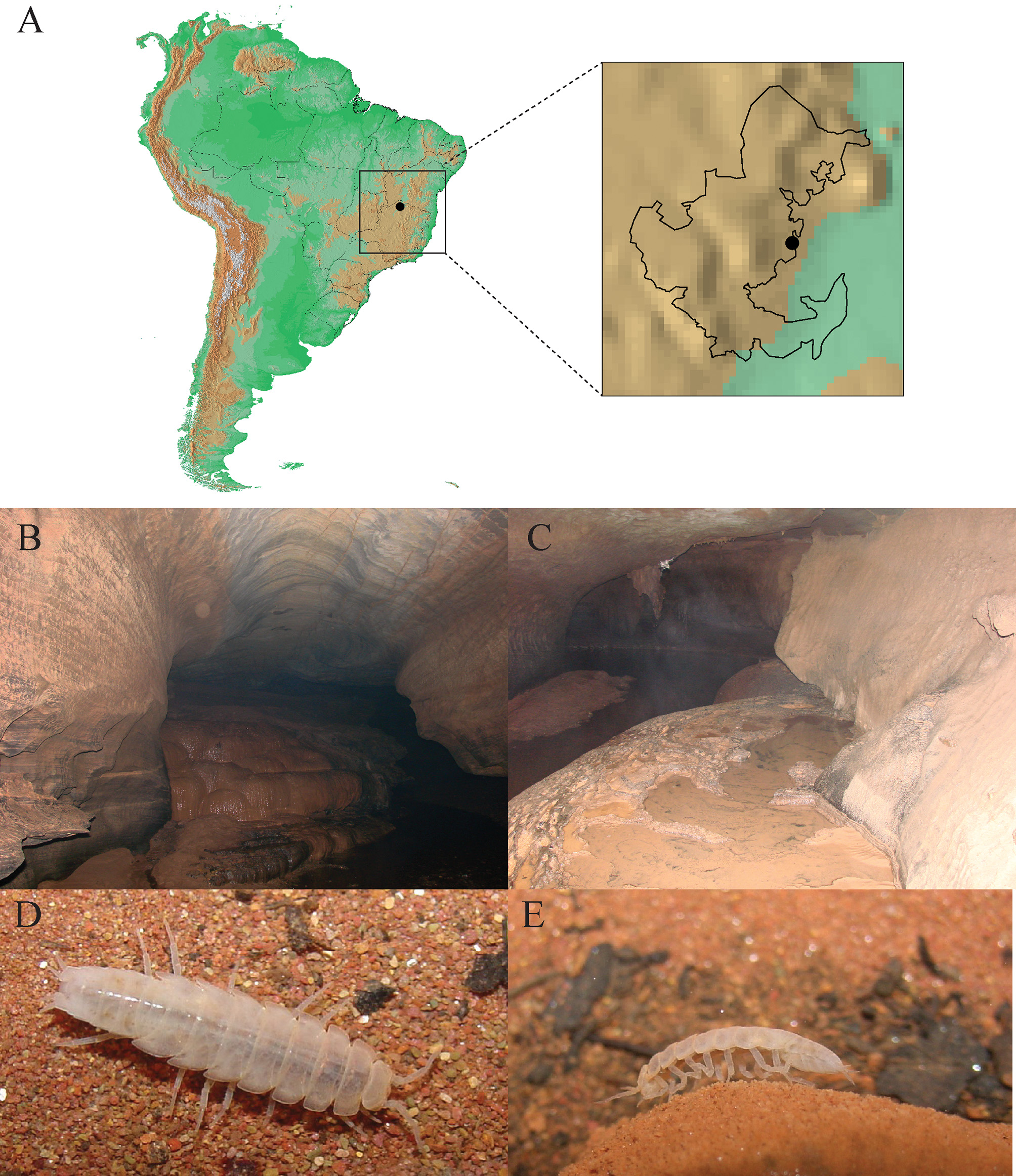 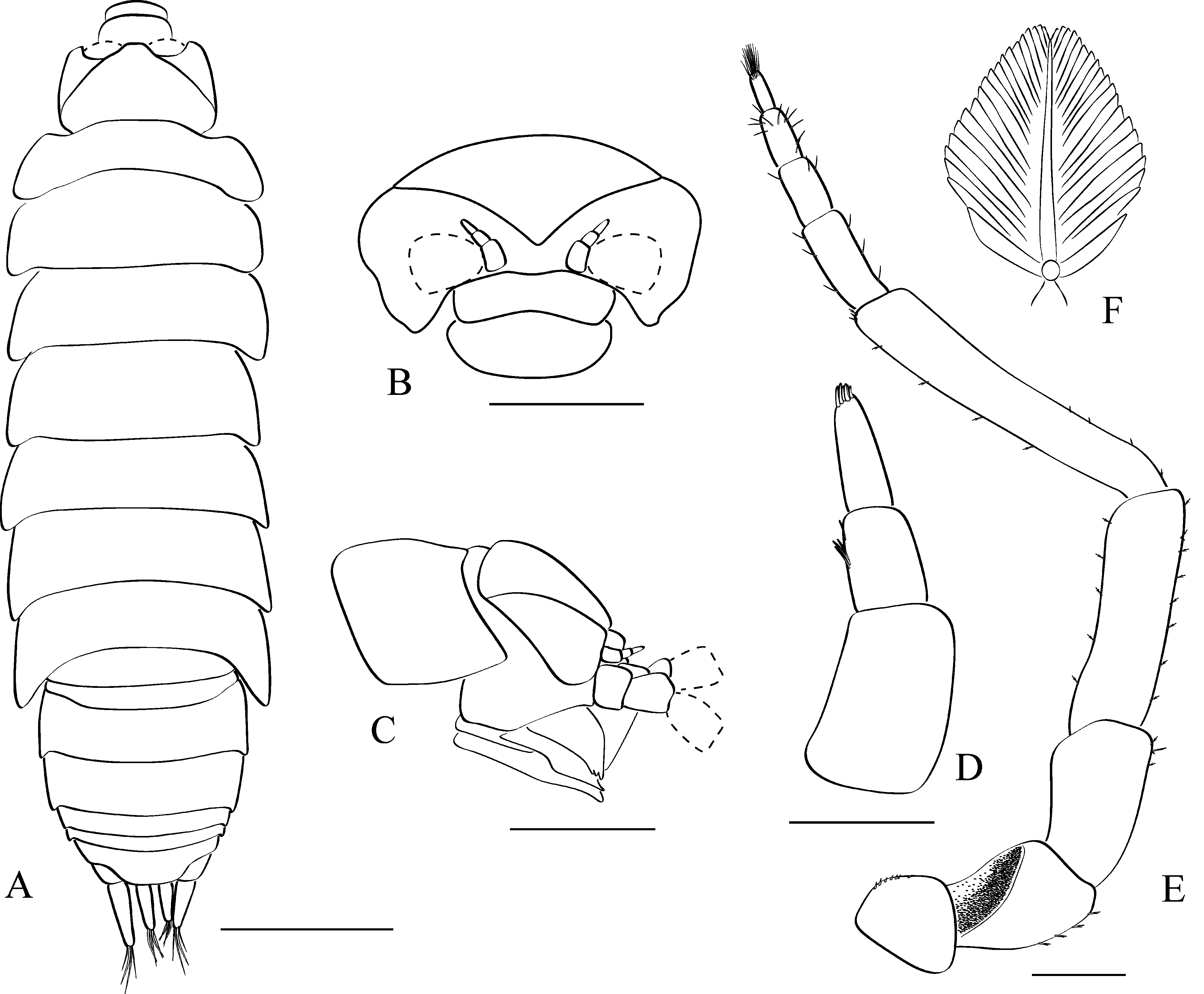 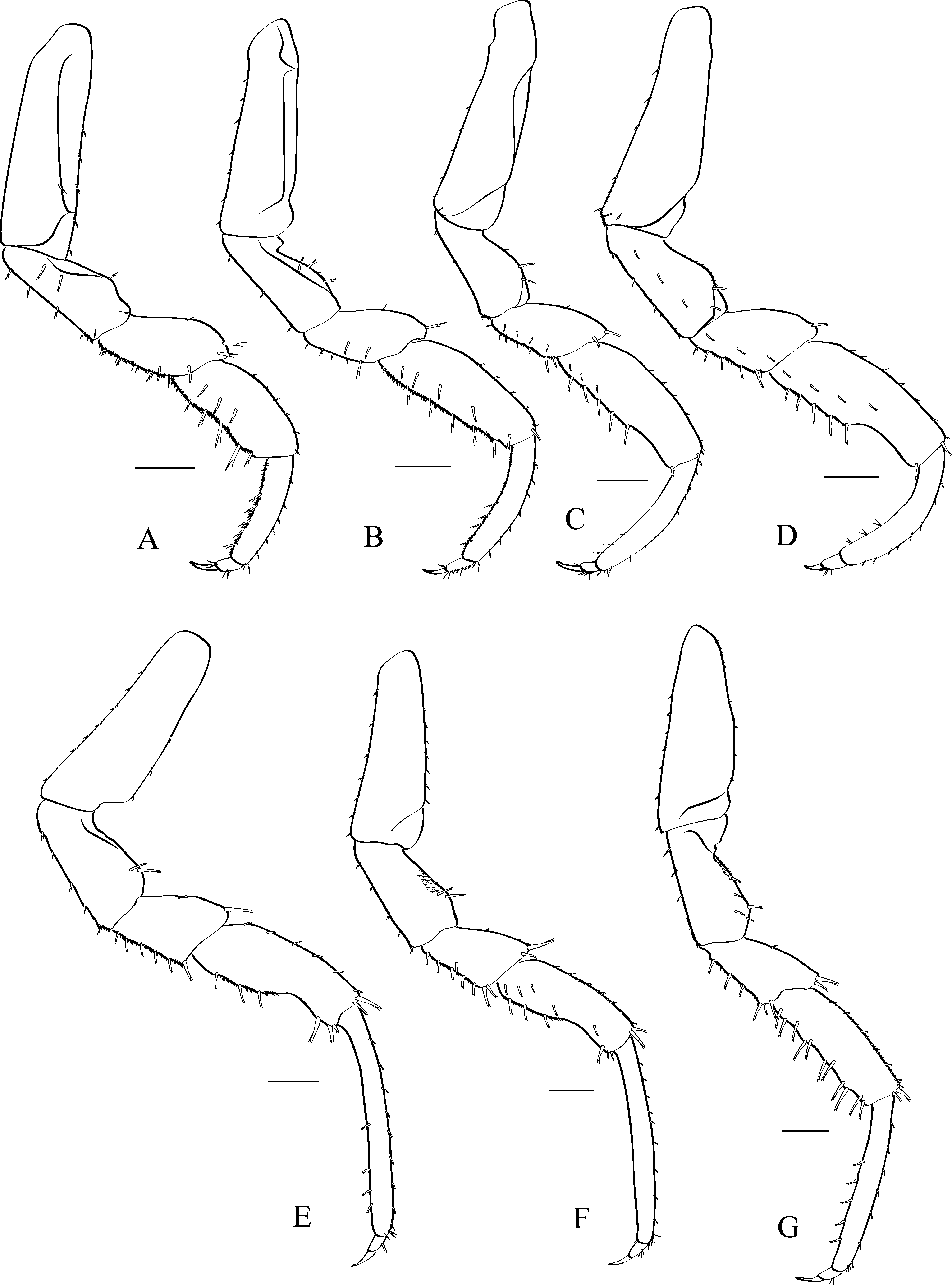 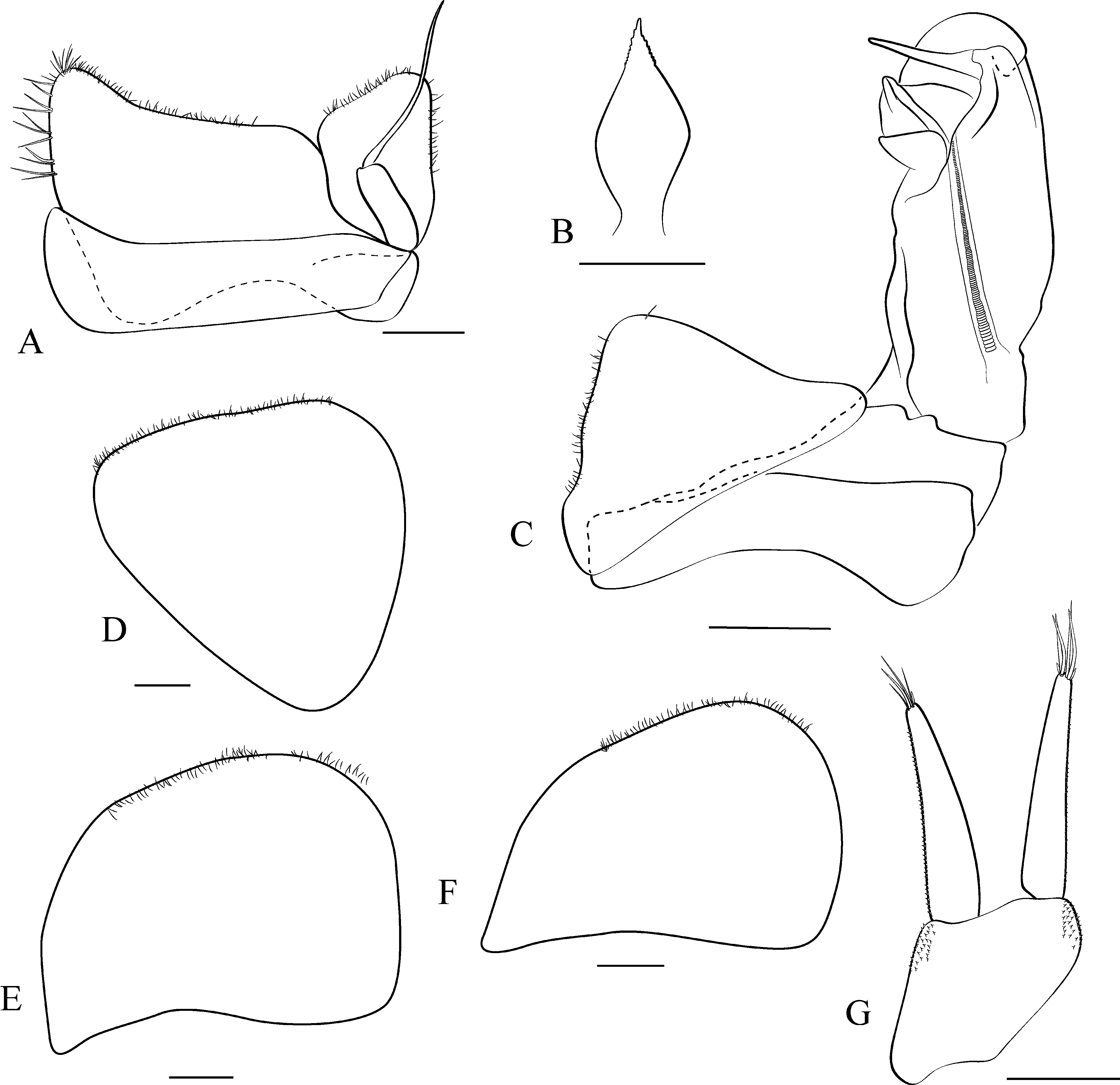