Acalypha nusbaumeri   I.Montero & Cardiel is morphologically similar to A. perrierii   Leandri, but differs from it mainly by having leaf blades with subacuminate apices (vs. leaf blades with caudate apices), inflorescences to 1.7 cm long (vs. inflorescences to 3 cm long), and mature female bracts 2 × 2.5 mm, translucent, with crenate margins and two basal bracteoles (vs. bracts 7 × 12 mm, opaque, with entire margins and no bracteoles).

Acalypha nusbaumeri   is only known from Bekaraoka forest, in the Loky-Manambato protected area, in Sava Region, northern Madagascar (Fig. 2 View Figure 2 ). This area has a seasonally dry climate ( Schatz 2000; Goodman et al. 2018). Regarding its vegetation, Loky-Manambato is a special area because it is between the Eastern Humid and Western Dry phytogeographic domains and so has many types of vegetation ( Nusbaumer et al. 2010). Bekaraoka forest has dry deciduous forest on basement rocks ( Moat and Smith 2007, Goodman et al. 2018), which seems to be the characteristic habitat of A. nusbaumeri   .

The proposed epithet honors Louis Nusbaumer, researcher and curator of Conservatoire et Jardin botaniques de la Ville de Genève, Switzerland. He works on the systematics, phylogeny, biogeography, and conservation of Malagasy plants. Nusbaumer is also the collector, with Patrick Ranirison, of the type specimen of this species.

Acalypha nusbaumeri   is only known from one collection. The extent of occurrence (EOO) could not be calculated. Its area of occupancy (AOO) is estimated to be 8 km2. Loky-Manambato is a category V ( Goodman et al. 2018) protected area since 2005. The forest in this region has been degraded and continues to be threatened by slash and burn agriculture, fires to clear land for grazing, illegal cutting of precious woods, and in some areas, as Bekaraoka, gold extraction ( Vargas et al. 2002, Rakotondravony 2009, Goodman et al. 2018). Acalypha nusbaumeri   is assigned a preliminary IUCN conservation status of Critically Endangered: CR B2ab(ii,iii). 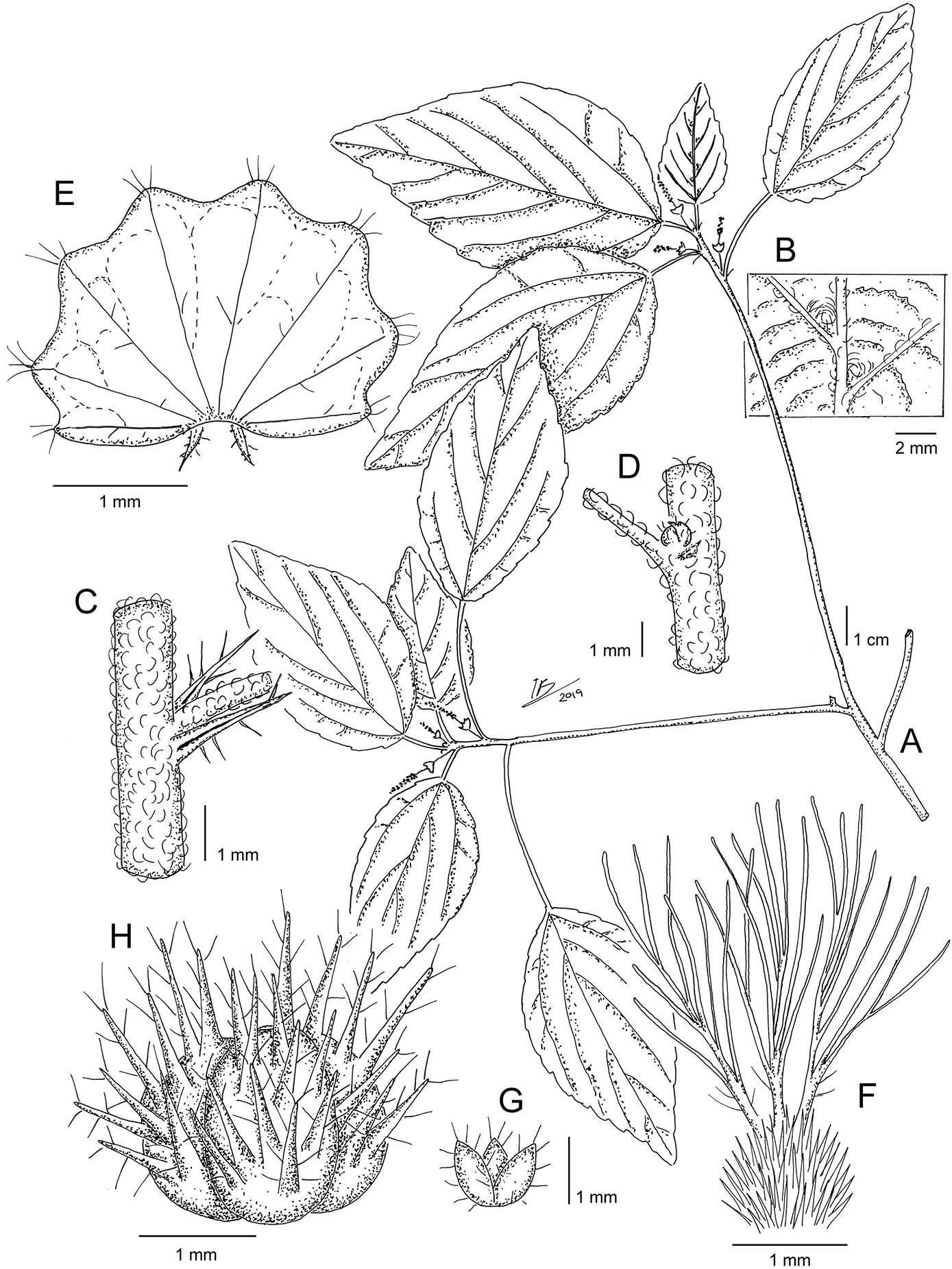