Remarks. Described as a subspecies of C. ibericus   . Based on the structure of the endophallus, we found consistent differences of this taxon from C. ibericus   . All populations inhabiting the right bank of the Aragvi river and Tsivi-Gombori mountains were earlier assigned to the latter species. The shape of the endophallus strongly resembles that of C. titarenkoi   , however both species are strongly different in several features. Furthermore, their distribution ranges are separated by lengthy mountain systems populated by several other forms possessing quite different structures of endophallus (see fig. 1). As already observed in some other Carabus   subgenera distributed in the Caucasus (e.g. Tribax   , s. Gottwald 1980), similar morphological features were recorded from the extremities of the group’s ranges, reflecting probably convergences.

We resurrect the specific status of this form based on consistent differences in external morphology and male genitalia structure between C. prunierianus   and C. ibericus   (see identification key and illustrations below). 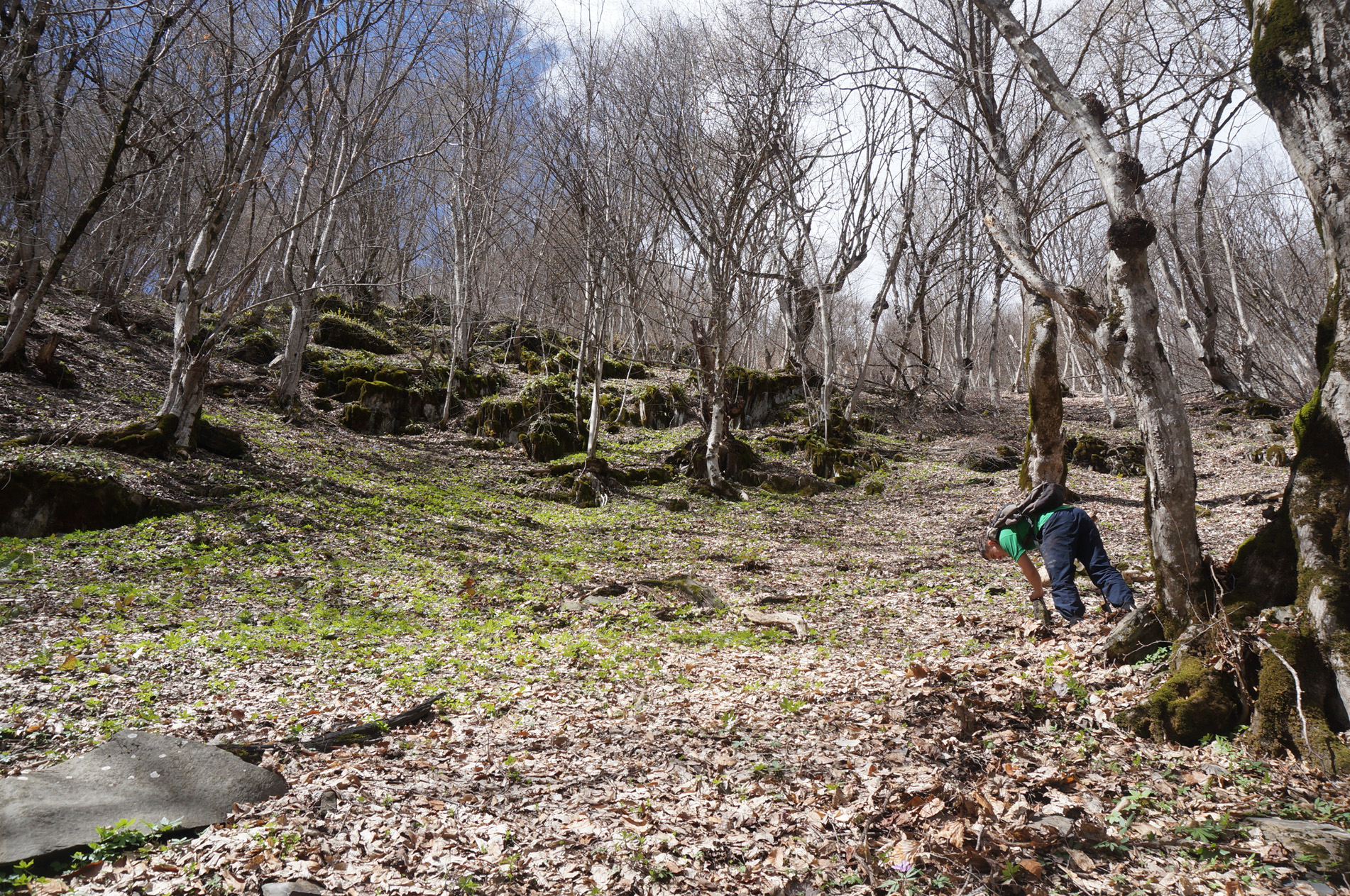 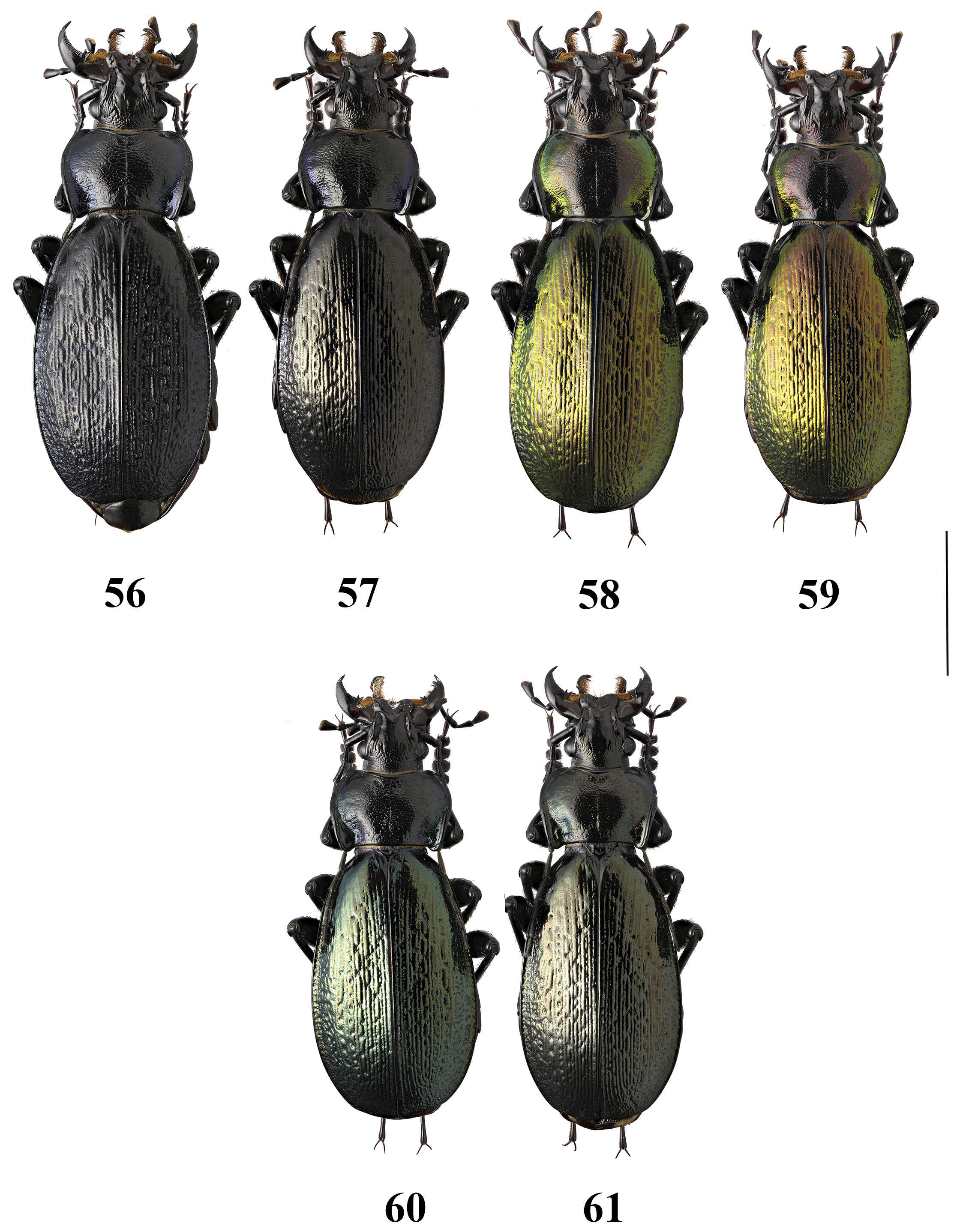 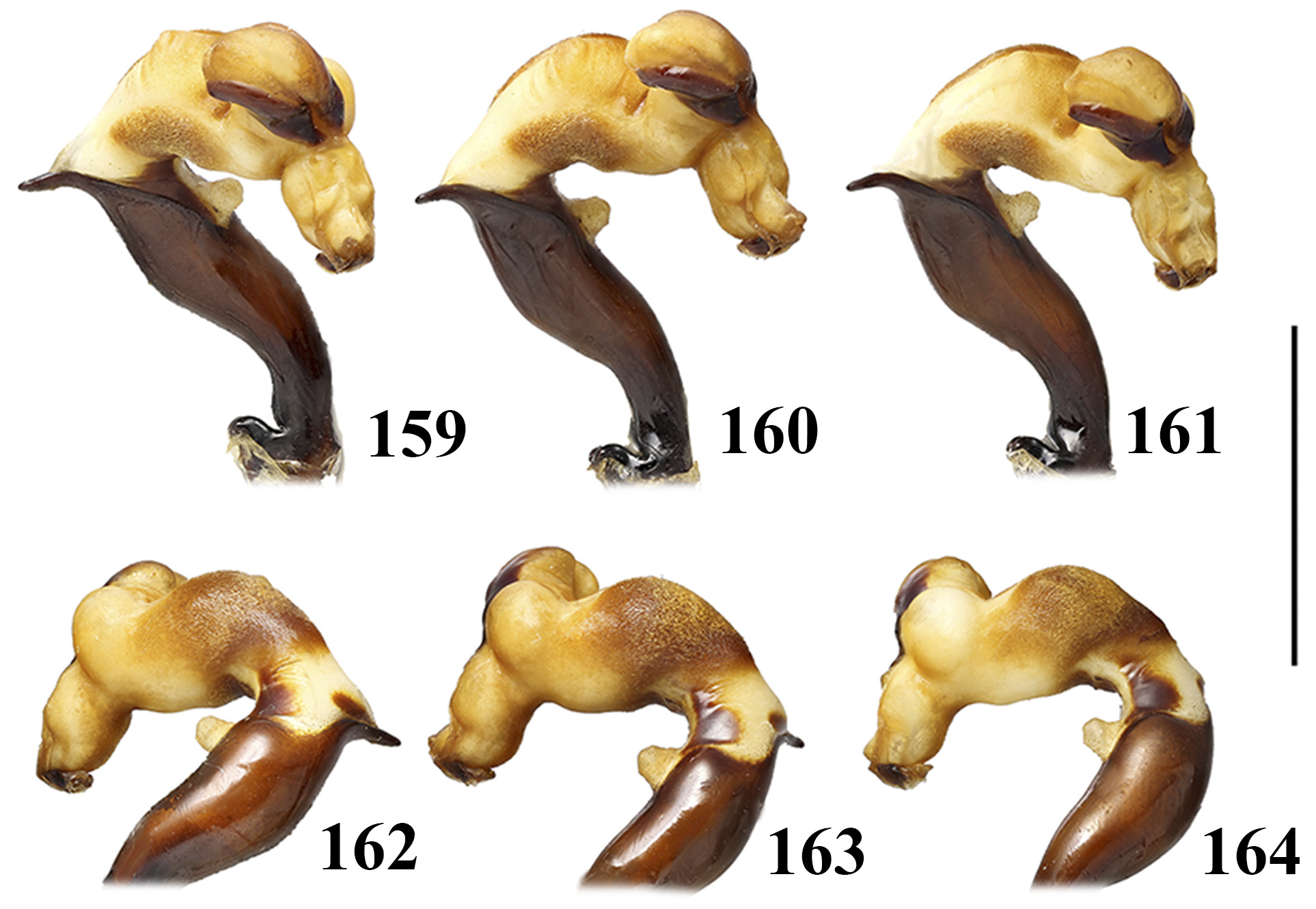