This species is named after the company Outback Ecology (now part of Stantec) that collected the type material of this new species. It also refers to the Australian word ‘outback’ that designates any remote arid inland area on the continent. Outback Ecology worked extensively in saline playas of the outback, especially in the Goldfields region of Western Australia.

T3 (not shown). A cleaning limb, as typical of family.

ZENKER ORGAN (not shown). Typical of family, i.e., ca 3–5 × as long as wide and with numerous spinous whorls.

VALVES ( Fig. 2D –E View Fig. 2 ). With shape similar to those of male, but with dorsal side more rounded and with postero-ventral corner in both valves more produced. Valve margin anatomy as in male. Carapace in dorsal view ( Fig. 2G View Fig. 2 ) as in male.

A2 ( Fig. 4B View Fig. 4 ). With distal chaetotaxy showing sexual dimorphism as typical of family.

T1 ( Fig. 3E View Fig. 3 ). With palp not segmented, relatively short and broad. Chaetotaxy of endopod as typical of family.

As for the genus. In addition, the shape of the two lobes of the hemipenis and the presence of the additional process on the second segment of the Rpp are unique within the Cyprinotinae   .

Patcypris outback   gen. et sp. nov. occurs in shallow playas of inland Western Australia across a latitudinal range of more than 900 km. Rainfall in these areas is low and variable, with an annual mean of 200–300 mm. Patcypris outback   gen. et sp. nov. appears to be a halophile. A report by Outback Ecology from 2011 (not publicly available) stated that its upper salinity tolerance is 145 mS cm-1 (approximately 150 0 0 0 mg L-1 TDS) and Lakes Maitland, Carey, Lefroy and Disappointment are mostly hypersaline when filled (no information about Jim’s Cut is available). Specimens from Lake Disappointment hatched at a salinity of 5000 mg L-1.

The shape of the additional elongated process on the second segment of the Rpp is somewhat variable. In addition to being rather broad and distally rounded, as in Fig. 5B View Fig. 5 , this protrusion was bluntly to even acutely pointed in other specimens. 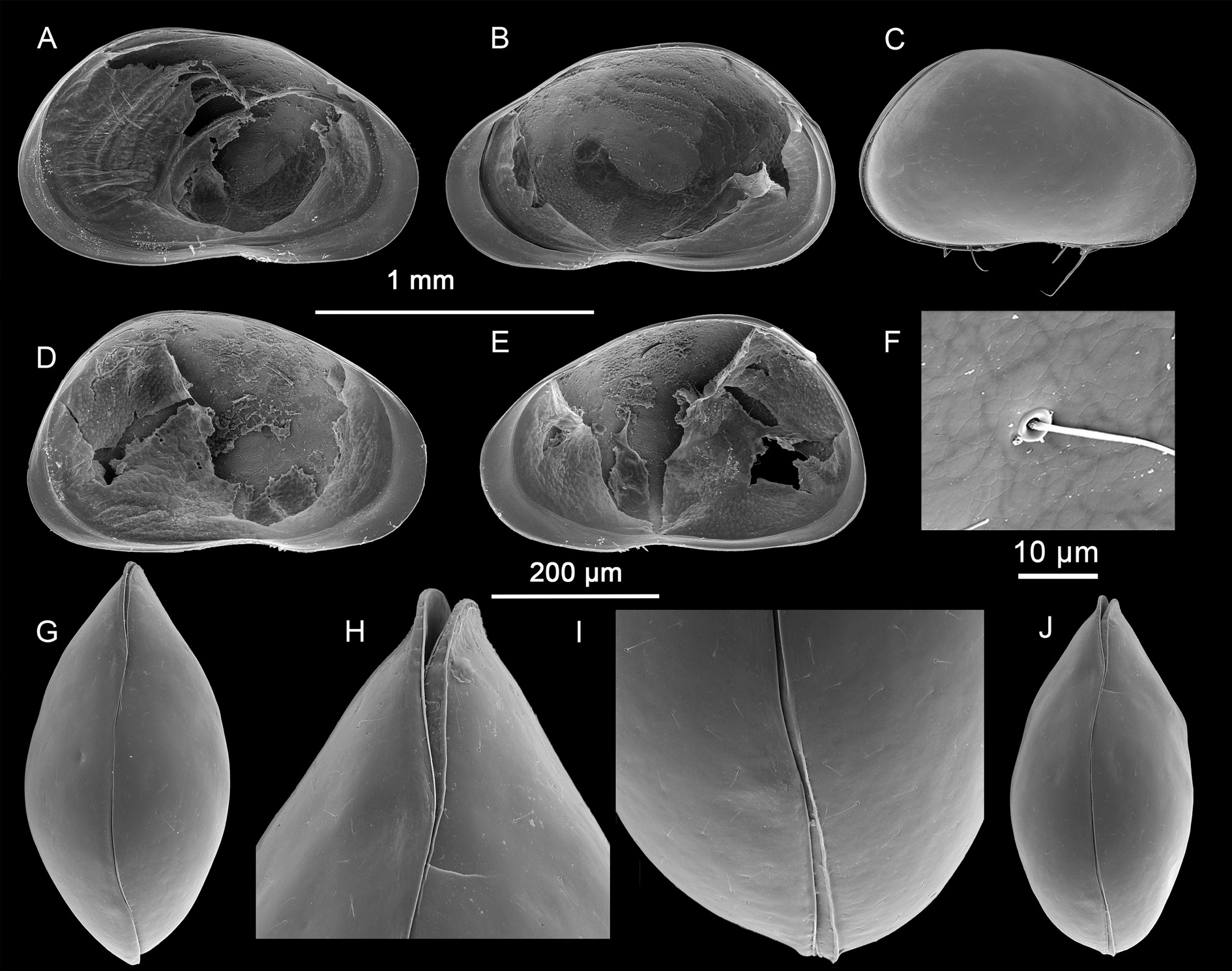 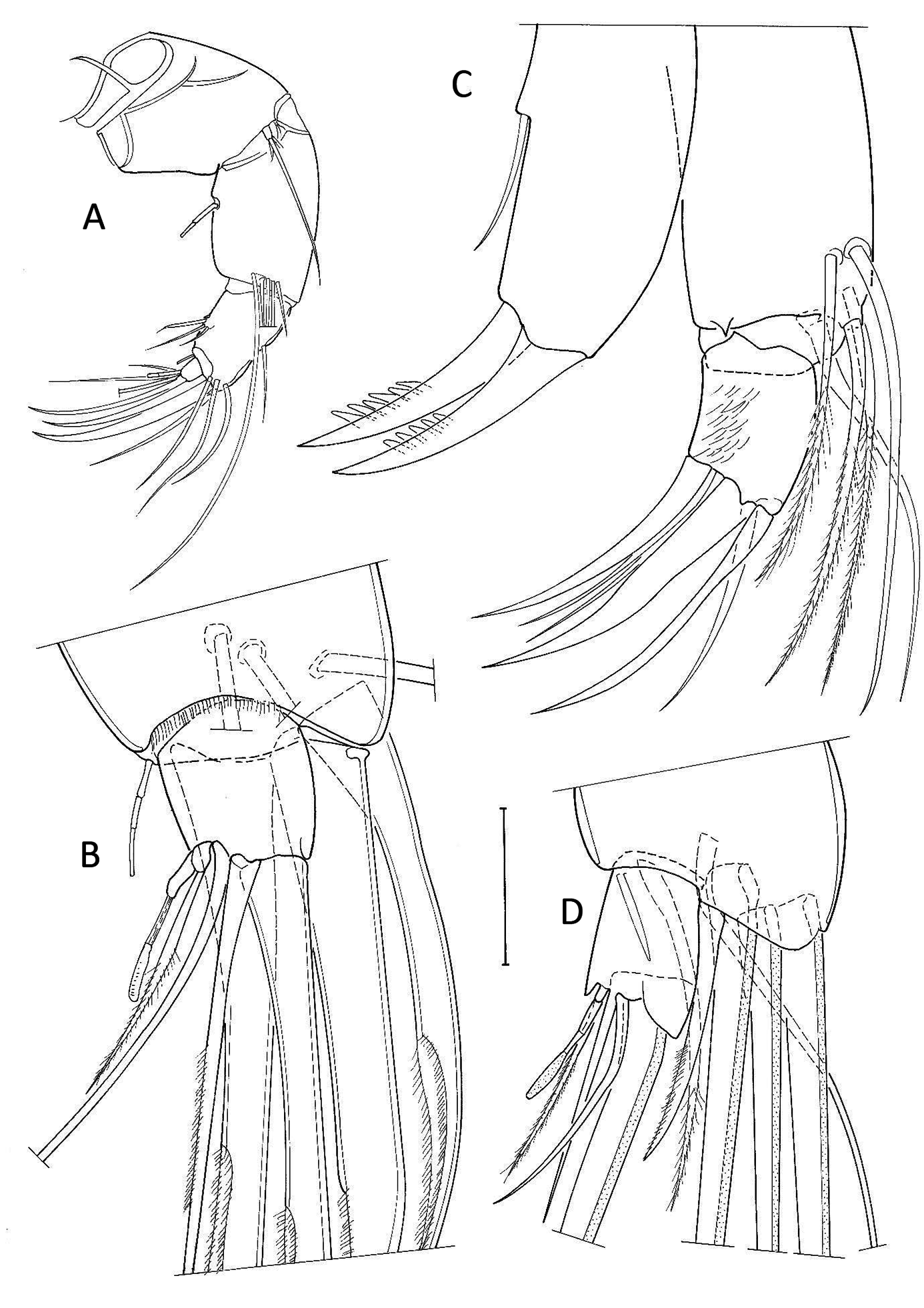 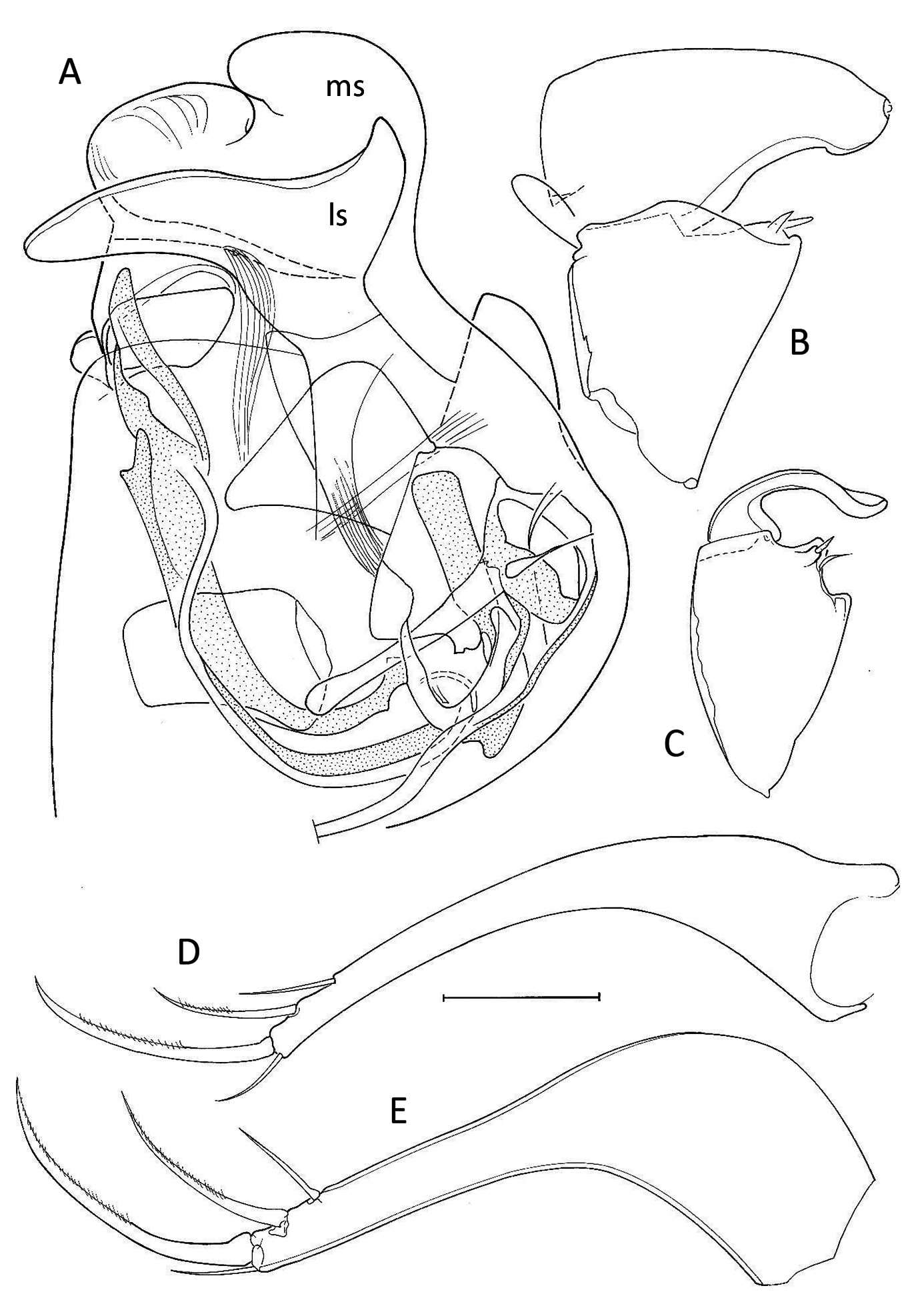